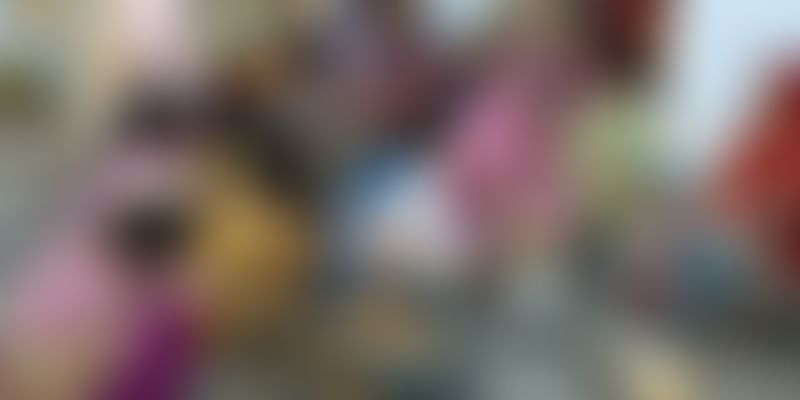 Between 2011 and 2012, when Neha Juneja and Ankit Mathur, Co-founders of Greenway Grameen Infra’s Smart Stove, were trying to sell their product in the market and to investors, they were met with a lot of scepticism. Neha recalls,

While some used to jokingly ask us if we failed our MBAs and that’s why we are selling chulhas, others questioned as to why in a country when traditional mud-chulhas are available for free would a customer willingly pay over Rs 1,000 to buy our stove?

But their risk to quit the predictable path of corporate sector and tap into India’s untapped green segment paid off. Neha says,

Last year, we set up our factory in Vadodara, Gujarat. The irony is that it’s the smallest in that area but the biggest stove manufacturer in the country!

Within the first six months of the product launch, Greenway Grameen was averaging 5,000 unit sales per month, and today, after five years, Greenway Grameen has managed to sell over three lakh units in India, mainly in the southern States. From a three-member team to 130 employees now, this Mumbai-headquartered company’s well-defined strategies have enabled it to not just to become India’s largest selling cook stove but also enter into international markets such as Nepal, Bangladesh and Mexico.

In India, 850 million people cook with solid biomass fuels (wood, cow-dung and agro-waste) in open fires or traditional mud stoves, which is highly inefficient. According to The Indian National Initiative for Advanced Biomass Cookstoves, more than four percent of our greenhouse gas emissions come from this practice. In fact, household air pollution is the second largest killer in India resulting in 1.04 million direct premature deaths in 2010.

We wanted to find a solution but we were very clear that the resultant product wouldn’t be something that’s created in a lab; it will involve the very beneficiaries we set out to benefit.

With that thought, the duo travelled for nine months to understand what people really want and create a stove that wouldn’t compromise on anyone’s culinary habits. Their 10 different prototypes were tested in five pre-identified States, wherein they approached local women for feedback, all of which was carefully analysed and incorporated into the final product – Greenway Smart Stove.

This is a single-burner high-efficiency cooking stove that helps save 70 percent fuel cost (uses wood, agro-waste, cow-dung, and charcoal), minimises harmful emissions (around 1.5 tons of CO2 per stove) and reduces cooking time by almost 304 productive hours per year on an average. The USP is also that it is durable, and portable with no moving parts.

Greenway Grameen’s two-pronged strategy is tapping into the retail network and partnering with micro-finance institutions (MFIs).

In the retail network model, Greenway has established close to 2,500 points of direct sales across its locations. “These aren’t big electronic appliance stores in malls but locally-owned shops such as appliance stores, metal shops etc.,” says Neha.

To penetrate deeper in to the market, Greenway’s second strategy was to partner with MFIs that would enable easy instalment payments for its customers. Neha says, “In Kerala, through MFIs we have sold over 70,000 stoves, with customers paying as little as Rs 65 per week.” While the MFI-partnership model is currently operational in Kerala, Tamil Nadu and Karnataka, the company’s efforts are underway with Andhra Pradesh, Telangana and Gujarat. “MFIs offer a sense of assurance to the customers, which is why it worked so well,” reasons Neha.

Being where you are needed

Nepal, a landlocked nation, essentially imports its petroleum supplies from India. This means that on an average approximately 300 fuel trucks from India enter Nepal every day. But the 2015 unofficial blockade resulted in a humanitarian and economic crisis. For instance, a LPG gas cylinder costing Rs 1,435 was being sold at Rs 10,000 in the black market. Neha says,

We entered the market at that time when the need was critical as the blockade was affecting people of all classes. In six months of operation, we managed to sell around 30,000 stoves!

Looking back at her journey, Neha affirms,

People don’t need exciting products or constant tweaks, they need a product of value that can last. If you’re trying to solve a fundamental need, do it in a way that everyone can afford – after all, the need is fundamental right?