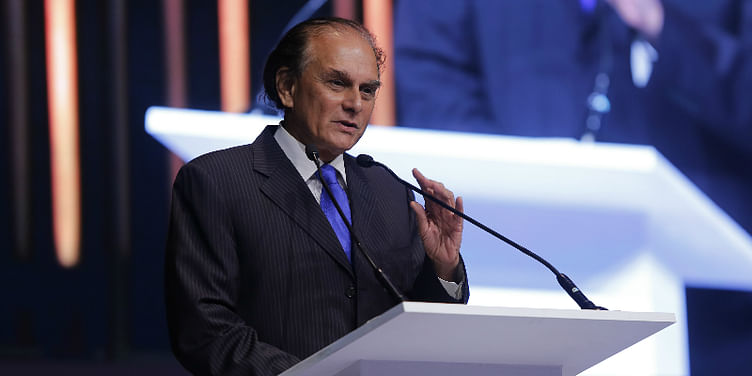 Harsh Mariwala, founder and chairperson of the Marico Innovation Foundation was waiting at the entrance to Mumbai’s National Centre for Performing Arts to greet his special invitees on the beautiful Wednesday evening that was March 16. As opulent and invigorating as the Arabian Sea we were overlooking, the man's palpable excitement over the evening that lay ahead was endearingly humanising. NCPA has witnessed decades of evolution in our cultural fabric; and as the startup culture gets glamourised and yet naturalised in our mindsets, the 6th edition of the Innovation for India Awards 2016 was to add yet another colour to the palette of this iconic structure. This was, after all, the coming of age of innovation thinking.

As the life and blood of the CSR arm of Marico Ltd. – the FMCG giant started in 1991 that has given us household names including Parachute, Saffola, Hair&Care, Nihar, Mediker, Revive, Manjal, Livon, Set Wet, and Zatak – avid investor and mentor, Harsh Mariwala, believes we are at the cusp of a new trend in business. “The aim of the awards is to recognise and reward innovators in the social as well as business sector, which is especially relevant now, as innovation is becoming an indispensable part of businesses.

Reflecting on changing tides in business, he speaks of the evolution of priorities while starting up. “In 2003, when we started up, innovation wasn’t on the agenda for a CEO. The world has now become far more competitive. Overall interest in the subject has increased dramatically. Yet, there are many innovators in the country who go unnoticed. As a foundation, and as organisers of this event, we go into great detail to identify worthy contenders,” he says.

Harsh hopes to reinforce this thinking through the format of the event. “I want this to be an evening of learning and enlightenment, and not just entertainment. All our innovators get the chance to relate their stories to our audiences and hence, turn heads. That is the need of the hour. Some validation and encouragement will act as a push for more and more aspirants to think out of the box.”

As innovators boldly launch disruptions, Marico’s role is to support social organisations to scale. “They have difficulty scaling their innovations as they cannot afford consultants, like commercial business can. We have a panel of retired CEOs who want to give back, and who advice our partner companies,” says Harsh.

With many success stories behind them such as helping an organisation in Delhi called Taara, which worked towards employing 8,000 youth, scale their impact to 2 lakh, by reworking their whole model, Harsh believes the impact of innovation has increased in India. “Most CEOs are looking at innovation in their trajectories to grow. Innovations are not only product innovations, but also process and operational innovations, which add value to the internal as well as external audience.”

Old is gold, but woo the new, too

The Ascent founder and mentor feels that new-age companies must adopt revolutionarily different ideas while finding their feet. “If I am a startup, I wouldn’t look towards how a big company is running their business, especially in their initial phases. The key thing for a startup is to have a clear business model. What is my proposition that will attract customers, is it unique, does it add value to their lives? Rather than looking at processes followed by large organisations, startups need to create a structure where they can be more hands-on.”

Of mistakes and milestones

Innovation does come with its set of risks, but Harsh swears by the idea that there are no mistakes. “Failures are just a way to learn. You know what they say, sometimes you win sometimes you learn. The key is never to try and avoid failures, or you will never take risks.”

Looking back at Marico’s journey, Harsh thinks of all the lessons in disguise that he had encountered, which, in hindsight gave him some of his biggest learnings. “When we forayed into baby-care products, we had underestimated the clout of competitors like Johnson & Johnson. Mothers are a transient consumer and only use those products for a span of 8-10 years. After that, your brand would be forgotten, unless you build a very strong association with this transient user. I think we underestimated that.”

Addressing aspirants today, Harsh cautions, “Startups today need to assess if they have a right to win. Don’t go for a me-too kind of approach, and evaluate your product very strongly in terms of how it is adding more value than its contemporaries.”

Harsh on the e-comm bubble

Having invested in many budding startups and SMBs himself, like Wooqer, Nykaa and The Beer Cafe, which sectors are especially exciting? “I am an old-timer, and if you ask me to evaluate how e-commerce business are being valued, I really can’t. I still believe in my old form of business, which creates value, shows results, as opposed to this cash burn and losing so much money. I don’t know when the e-comm portals will finally start making money, and how they get these valuations when you don’t see the horizon at the end of the day. So, I am not entirely enamoured of the e-commerce businesses,” were his parting words.