The burning question: How can we make it easy for India’s entrepreneurs to create jobs? 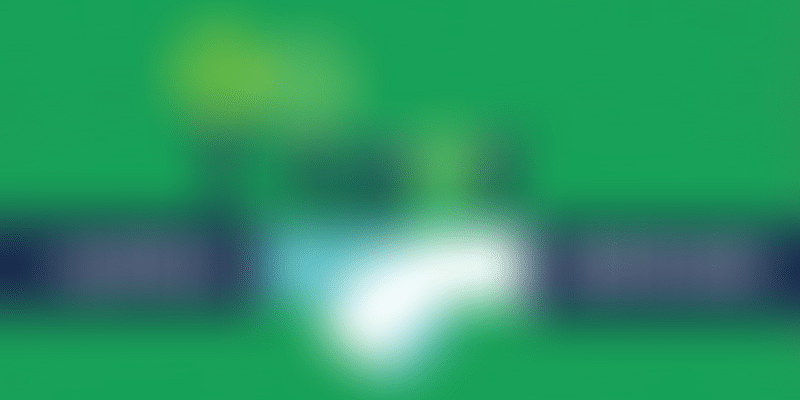 Over the last several years, there has been a good amount of discussion on the need to capitalise on India’s demographic dividend. Statements that are used as a trigger for such discussions go something like this:

The discussion then promptly moves on to proffering solutions.A topic like this is nearly as complex as world hunger and needs some sharp thinking and diagnosis to figure out the real issues, real problems and workable solutions. All of this is often missing in these discussions. In this article, I’d like to try and get to the fundamentals of this issue.

What has changed in India in the last two decades?

The first 30 years afterIndependence witnessed a growth in manufacturing (both in the private and public sector) and creation of jobs. However, the growth rate (dubbed as the “Hindu Rate of Growth”) wasn’t sufficient to create a significant imbalance between supply and demand. This doesn’tmean that unemployment was low. It just meant that supply matched demand (as an example, the number of engineers produced was close to the number of engineers needed). Unemployment and under-employment was high. Therefore, the narrative in that period was about creating jobs, not skills (the problem was “demand”, not “supply”).

The Government took upon itself the role of creating these jobs. We saw that this didn’t work. Governments have worked best when they created a friendly and supportive ecosystem where entrepreneurs and industry could create jobs.

When CIOs of large American corporations were terrified of the Y2K bug and came up with plans to rewrite millions of lines of code, they looked to India’s English-speaking youth to do this for them. In the process, they figured out that these coders could do a little more than rewriting COBOL code, and at a fraction of the cost of American coders. Demand for such coders began building up. With innovation in technology and plummeting telecom costs, this trickle soon turned into a flood.

Demand-supply mismatches have always been addressed most efficiently when there is a commercial incentive to do so and where there is a free market that allows entrepreneurs to operate unhindered to bridge this gap. Entrepreneurs emerged to create colleges that churned out engineers, and finishing schools that polished their skills. Students were prepared to pay steep fees because of the certainty of getting a job with a software company. The software company recruited these engineering students because it could leverage their skills to generate revenues profitably.

In both these industries, supply cranked up to meet demand without any government intervention. The demand has now begun to takeoff in some new industriesand is providing an opportunity for skills other than those that were needed in BPO/IT. For example, growth in ecommerce has provided an opportunity to the rural unemployed in the area of warehouse and delivery operations.

The lesson in this is that supply eventually meets demand. It might take some time to realign, but eventually the entrepreneurial spirit abhors a vacuum.

Yet, these are the very same companies which, after some initial frustration, quickly began hiring in India in large numbers. When they came, they were hoping to get a Mercedes Benz at the price of an indigenous hatchback! They soon figured out that this was an unfair expectation and that there was a place for both kinds of skills. To write (or maintain) the kind of code that large IT outsourcers do, does not require the kind of skills that a Google would look for in their product team. So, these statements about low employability are totally irrelevant.

It is interesting to see how large MNCs negotiate rates with outsourced service providers from India. There is a lot of talk about the quality of resources expected and the nature of work being outsourced, but it always boils down to the pennies and cents in pricing at the final stages. All talk of quality of work or resources is given a neat burial!

Now the narrative has shifted from creating jobs to creating skills (creating supply as opposed to demand, because it is evident that there is demand).

One needs to understand two things:

Creating supply ahead of demand could lead to unutilised and idle inventory. The supply for IT/BPO got created (slowly but surely) because entrepreneurs stepped into the gap and exploited a commercial motive. Without the commercial motive, it would have been pretty much impossible to create this supply.

I am a firm believer that anygovernment should just focus on the foundation – things like universal primary education and making it easier to do business through uncluttered regulation.

Currently, all around, there are laws that make it difficult to do business. There have been attempts at simplifying these, but every time it seems like two steps forward and three steps back. Every time, it seems that different arms of the government are working at cross-purposes and in an uncoordinated manner.

Employing part-time workers is still difficult. Dual employment is difficult. The PF authorities have a different agenda. Flexible staffing is not easy. Letting go of employees is still a struggle. The motive behind most of these laws was good – protection of workers from exploitation. But over a period of time in their implementation, the basic purpose seems to have been lost somewhere and they have all acquired intimidating proportions.

Different agencies of the government do not coordinate well with one another. The knee-jerk reaction of banning taxi aggregators (who have changed the face of urban commute in India in just 3-4 years) just because there is no legal framework is a case in point. Instead, the government should have a speedy mechanism for assimilating these new-age technologies and services. Taxi aggregators also need to pay service tax on the gross billing rather than on the service fee they charge their operators. These cases are not resolved easily and tend to be contested to maximise tax collection irrespective of whether it is the logical thing to do or not.

Public Private Partnerships are structured so poorly that they tend to be abandoned midway. What use is it for the government to focus on creating a supply of skilled workforce (through various government bodies and ministries) when all they should be doing is to ensure that the demand side of the equation is made more seamless.

Why waste time on creating skills and running outfits like skills development councils when the focus should be on how to enable the new age industries and innovation that is coming our way by making it easy for them to operate.

Therefore, the correct question to ask is,“how can we make it easier for India’s entrepreneurs to create jobs?”

Imbalance in demand-supply is a constant phenomenon. Innovation in technology will always kill some jobs and create new jobs. It will wipe out demand for some skills and create the need for new skills. A free market will always realign and rebalance. The process will not happen overnight because creating skills takes time, and so doesre-skilling. Every technology wave has created fears of huge job losses. In the ’90s, we wondered what would happen when banks get computerised. Nothing happened. These days, some of us wonder what will happen to India’s IT industry as the West automates more and more of their processes. Nothing will happen! The IT staff in these companies will have other things to do or they would have retired by then!

The role of the Government should always be about fostering innovation by making it easy for entrepreneurs to flourish – by removing obstacles, by keeping regulation current with today’s situation and by assimilating new technologies into regulatory frameworks.If they stay focused on doing this, the “Make in India” slogan could become a reality and so would the dream of capitalising on the great demographic dividend of India.