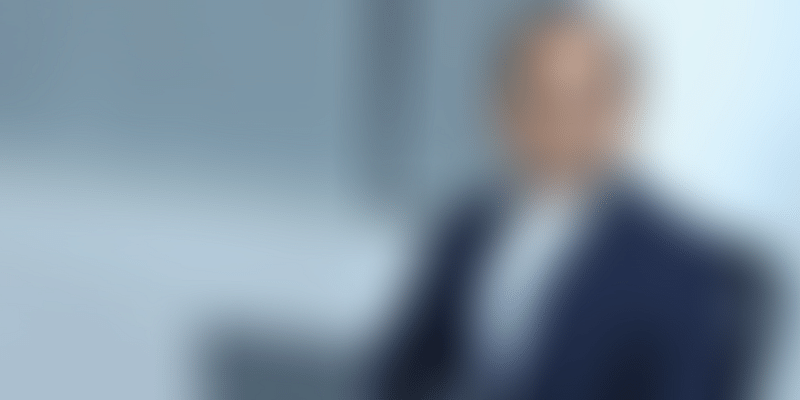 Online marketplace giant IndiaMART announced today that it has raised fresh funds. Amadeus Capital led the current round with participation from Westbridge Capital and the Accion Frontier Inclusion Fund. Quona Capital managed it in addition to Intel Capital, the existing investor in the company.

Founded in 1996 by Dinesh Agarwal and Brijesh Agrawal, IndiaMART has raised a total of Rs 64 crores before this round. The company has 3,200 employees located across nearly 60 offices in the country. In 2014, IndiaMART launched Tolexo.com, which is an e-commerce platform for business goods and supplies. Tolexo.com is now a 350 member strong team, taking the total head count of IndiaMART above 3,500. YourStory spoke to Dinesh Agarwal, Founder and CEO, IndiaMART to know more about the recent developments in the company.

Dinesh claimed that the company is cash positive and has invested Rs 100 crore into Tolexo.com over the last one year. He further added,

Dinesh also mentioned that the current round of funding could be the last one before going for an IPO.

The company plans to invest the funds to:

Dinesh mentioned that IndiaMART will soon be launching its own advertisement platform and a solution in the SME financing domain. Dinesh said,

IndiaMART has not been into institutional sales, but is looking to go in this direction. It'll be a backward integration in large corporation into their sourcing system or ERP system.

After running pilot with the brands like Finolex and Casio for a while, IndiaMART is set to launch its advertisement platform. Dinesh said,

There are 10,000 big companies which can target their clients via IndiaMART. Of these, 1000 are using IndiaMART. We are targeting to move 500 to the top tier. This platform will become a significant contributor to our revenues in three years time.

IndiaMART claims to receive one crore business inquiries and ships 100,000 orders per month. This gives them access to the data of buyers and sellers. Dinesh is keen to explore SME seller financing in the Rs 10000-Rs 1 lakh transaction category. The company has been working on providing business buyer financing options for SMEs on the lines of Amazon business credits. While the sub Rs 10,000 category is served by Tolexo and the over Rs 1 lakh category transactions take the NEFT/RGTS route, the Rs 10,000 to Rs 1 lakh transactions are still stuck in time. They draw very less interest from banks or other players due to their vulnerability. Dinesh said,

We are planning to launch a escrow account system to replace and simplify the current hundi sytem for these transactions.

Tolexo.com entered the SME financing segment as the suppliers are adequately equipped to deal with sub Rs 10,000 transaction category. The company aims to be a platform offering complete B2B retail solutions powering small transactions between businesses and non-electronics, non-fashion, non-consumer goods, not easy to find.

Highlights of the 20 year journey

According to Dinesh, "Incumbents who survive the boom and startups who survive the gloom stay for long". After coming out of 1999-2000 crisis, IndiaMART not just doubled its workforce but gained great confidence as well. In 2007-08, with changing times, company shifted its 11-year-old focus from import-export business to domestic market. Dinesh said,

We gauged that in India is not going to grow a lot as we were losing the exports to China and our government policies and currency fluctuation weren't helping much either.

In 2012-13, Dinesh started thinking from being a discovery platform for suppliers and vendors to become a complete end-to-end buying solution providers for businesses. First with buy leads and then with Tolexo.com, IndiaMART is chasing that vision today. Over the last three years, company has been registering a 40% CAGR.

Partnerships have played an important role in IndiaMART's journey and the current logistics and financing is taken care by partners. The company is open to acquire startups where it sees the potential of technology-enabled scaling in its operations or growth.

Dinesh mentioned that the focus in IndiaMART for next 12 months will be in the following:

India’s MSMEs represent nearly 58 million businesses, 150 million jobs, and account for 45% of the country’s industrial output. The Indian B2B sector itself is set to grow by 2.5 times and touch $700 billion by 2020. With its 20 years of experience in this industry, IndiaMART wants to be positioned as a leader in this segment and the intensifying competition from players like AmazonSupply, IndustryBuying, Power2SME and Bizongo will make it tough.

This segment also does not face the FDI issues that online retail faces as FDI is allowed in wholesale e-commerce in India. Earlier this year, Industrybuying raised Rs 12 crore from venture-debt provider Trifecta Capital followed by Power2SME raising Series D round from Nandan Nilekani and others.