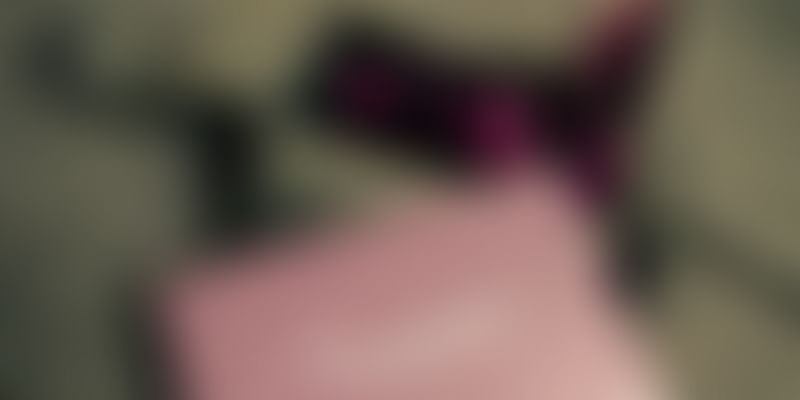 Marilyn Monroe once said, “Give a girl the right shoes, and she can conquer the world.”

Well, as any girl would agree, the right shoes are almost impossible to find if you have a design in mind. Shoe shopping often brings up the dilemma of having to make compromises on the size, colour, pattern or heels. But what if you have an option to design your own shoes, in the comfort of your home and on your laptop screen, with the guarantee of expert hands at work to give you the perfect shoe?

About a year ago, three friends from Uttar Pradesh found a business opportunity in that question. In March 2015, Rishabh Singh, an MBA graduate from IIM Indore, co-founded Purplehide with his friends Shubham Gupta and Chinmay Sehgal, to give every woman that perfect pair of shoes. At Purplehide, customers can design their shoes using an online 3D tool with their choice of style, colours, heel type, and heel height.

The website has been functional from November 2015. Having handled the family's business of furniture manufacturing earlier, Shubham is now COO and is managing the manufacturing units and operations of the company. Chinmay is currently pursuing MBA in the US, and is involved in devising strategies for the team.

Customised shoe-making is not a very common idea in India. Rishabh, who had always wanted to start up in the e-commerce space, bumped into the idea during his stint as a management professional. He says, “Whenever my female friends are shopping for shoes they go to a hundred shops to find the prefect pair, but may not find it after all. I knew of some efforts in foreign markets- like NIKEiD in the US market and Shoes of Prey in Australia, offering customised shoe designs.”

Rishabh figured that there is a great opportunity if they can control the cost of manufacturing and bring the price down to comparable solutions in the market. After discussing with his friends and ensuring the plan, he quit his job and came back to his hometown, Lucknow.

Since they do not have any background in shoe manufacturing, the founders were worried about the quality they could provide. For research, they visited manufacturing units in Kanpur and Agra, and talked to professors from footwear design institutes in Rae Bareli and Noida. “We are now confident that we can build shoes from scratch,” says Rishabh.

Currently, with styles that include ballet flats, pumps, sandals, Oxfords, and ankle boots, as well as 70 different colours and textures of leather, 200 million different permutations are possible on their website. Once you design the shoe, you can rotate it and see it from all angles, and upon purchase, it will be delivered in two weeks.

Lucknow and Kanpur are traditionally shoe manufacturing hubs. Due to the ease in availability of labour force, Purplehide set up a small manufacturing unit in Lucknow, after pouring in Rs 10-15 lakh each as initial investment. But they had a hard time convincing the manufacturers, to whom customisation did not make sense as they are used to bulk orders from big brands.

The first few weeks’ business was purely through word-of-mouth and social media. This year, they have started advertising on Facebook and have been getting good reviews from fashion bloggers and social media. “Our website has around 1,000 visitors per day. Even if they don’t buy it, they design a shoe and keep it in the cart like a hobby,” says Rishabh. Depending on the material and type of the shoe, their charges range from Rs 2,000 to 5,000.

Currently, Purplehide gets orders from working women in the age group of 20 to 35, from Bangalore, Pune, Mumbai, Gurgaon, Delhi, and Kolkata. They are expecting celebrities in their clientele – Shivshakti Sachdev of Balika Vadhu fame has already bought a pair of pointed toes from Purplehide.

A brand on its own

The first shoe order from outside their network was the most exciting moment for the team. Rishabh remembers that it was a black back ankle boot, ordered from Allahabad. Incidentally, that was the only order from a Tier II city. But with more advertising, they believe that Tier II and II cities won’t be hard to crack.

While not planning to collaborate with any brands and becoming one on their own, Purplehide is considering offline retail model with iPad or tablet once they get seed funded. “We hope to be profitable this year, because this is a high margin product. We make profit in every shoes we sell; we need not give any discounts,” says Rishabh.

India is second only to China as the largest producer of footwear, with about 13 percent of overall production in the world – not surprising considering we have more than a billion pair of feet to fit. While the average global footwear consumption is 2-3 pairs per person, in India it is 1.1 pairs.

In the domestic footwear industry, which is estimated to be worth around Rs 20,000 crores, there is more than enough space for disruption and Purplehide might just be the beginning. India’s growing fashion industry and tech advancements will add charm to such innovations, despite competition from brands. Purplehide has already started working on a mobile app for its 3D designer and is expected to launch it by May 2016.

'Purple' stands for 'royal', and 'hide' for 'leather'. “We believe this is a name we could build a high-end brand around,” says Rishabh. If it was a glass shoe that did the trick for Cinderella, it could be some royal leather ones for India’s shoe lovers.