'FoMO will bring awesome women to the Corner Suite' 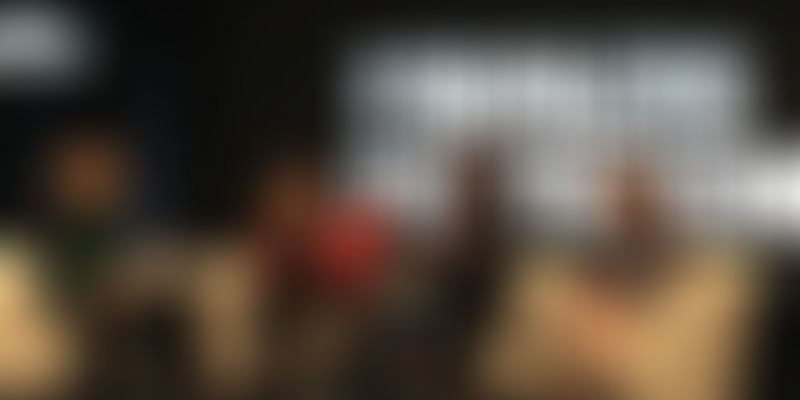 They say the next Einstein is going to come from India or Nigeria, and it’s going to be a woman. Counter-intuitive, yes. But given the rapid pace at which women executives are occupying leadership positions and bringing a new kind of cognitive diversity to the boardroom this shouldn’t come as a surprise. Sadly, it does.

When Jessica O Matthews, Founder and CEO of Uncharted Play, made this statement at the MAKERS 2016 Conference in Palos Verdes (California) in February, there was a loud cheer from the 400-strong women audience. One of those cheering Jessica was me. I had the honour of being chosen as the first-ever student from Boston University to attend this high-powered conference as part of the MAKERS @partners program. The initiative celebrates and acknowledges female leaders within leading companies and organisations, and connects them to a network of remarkable women. I was obviously excited to be part of such a dynamic cohort, listening to compelling conversations and interacting with women change-makers. But, little did I know that I would return a feminist - one who understands that it is as important for women to fight bias as it is for them to fight their own instinct to stay silent.

Every single woman I spoke to at the conference, including Gloria Steinem, Caitlyn Jenner and Regina Wilson, had the same message to share and I will borrow Hollywood actress America Ferrera’s words from her opening session with Gloria to articulate that. “The revolution doesn’t happen if we don’t show up for ourselves,” she said. As a former editor, I have dealt with bias on many levels myself. Every woman does – sometimes at the hands of male colleagues, and sadly, sometimes courtesy female ones. The challenge is to fight this relentlessly and to disrupt the interrupter every time he/she questions your ability based solely on your gender.

I came back with countless pearls of wisdom, each more powerful than the other, each hard-earned and hard-learned by the speakers. If followed persistently, these ideas can usher in a new era of gender parity at the workplace. Here are the ones I’m going to follow:

Takeaway #1: “It costs zero dollars to treat someone equally.”

Isn’t that hard-hitting? It is meant to be. If we start by investing respect for female employees, we can soon start reaping long-term results.

The easiest way to bring unique stories to the workplace is by hiring unique talent. When you have diversity right on the table, whether gender-based or cultural, can you imagine the discourse that will follow?

Takeaway #3: “Fear of Missing Out (FoMO) on awesome women in the workplace will bring more women to the C-suite.”

The world is all about millennials, for millennials and with millennials right now. Why not use their parlance to bring about change? If a company fears that they will miss out on amazing women in their ranks, it will pave more ways for women to walk up the corporate ladder.

Takeaway #4: “Nobody can be you as much as you can be. That is your competitive advantage. Use it.”

Women professionals need to be proud of their feminine traits. Nurturing? That’s what a leader needs to be. Passionate? Which organisation doesn’t need that? Today, leaders across the world are adapting feminine leadership traits. Build your own narrative and be proud of it.

Takeaway #5: “I had to actively start to be a part of the change. That is the path to real change, when we realise we do have that power.”

This is so simple it doesn’t even require an explanation. Like Gandhi says, be the change you want to see in the world.