After SE Asia, Practo eyes the Latin American market with its launch in Brazil 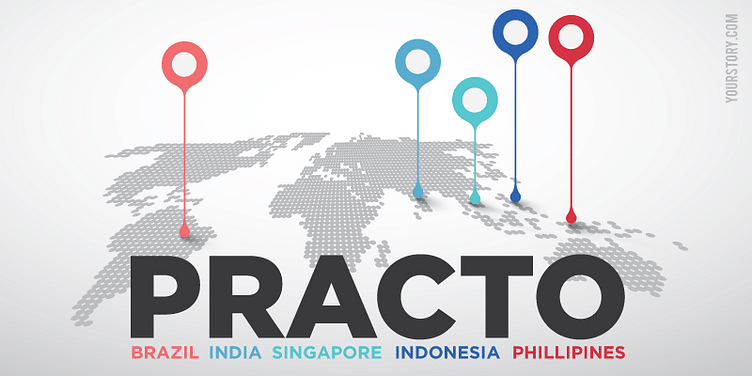 Practo announced today the launch of its presence in São Paulo Brazil, in what can be seen as a series of acquisitions, funding, expansions and venture into online medicine delivery by the healthcare company. Practo Ray and Practo Search will be available both in Portuguese and English.

By the second half of this year, Practo intends to expand to Rio de Janeiro and other Brazilian cities as well. Apart from adding more doctors to the platform, the team also intends to expand its consumer offering, to cover more segments like wellness, fitness, preventive and curative segments.

“Brazil has most of the demographics that we look at in while venturing into a market, it is a large market, the out of pocket spends are high and it seemed like the right choice after covering the larger Southeast Asian markets. The healthcare market in Brazil is growing in double digits YoY” adds Shashank ND, Founder and CEO, Practo.

Practo will send a few people from India to seed the new geography and begin setting up the team and the offices in the new markets. “We ensure that people who are recruiting there have recruited people in India before” Shashank had said, adding that while looking at building the local teams, the Practeons ensure that the people selected are aligned to the vision of the organisation. “The operations and sales happen locally but they will be following a standardised protocol,” he says.

The team at Practo has been studying the Brazilian market for a few months. “We have been working in a parallel way to ensure that we have enough number of doctors and people on the platform. We have already launched with 5500 verified doctors, which is almost half of Sao Paulo,” adds Shashank.

In September last year, Practo had launched its operations in Indonesia. The team claims to have over 6,000 doctors on its platform, covering over 75 percent of all clinics across Jakarta. The platform has also got a presence across major Southeast Asian countries like Singapore and Philippines. While speaking of newer market expansions, Shashank told YourStory in August last year that Practo will be looking at markets having similar healthcare needs to India.

The technology penetration in healthcare is not just emerging in markets like Southeast Asia, but even in the Middle East, Latin America and Eastern European markets, he explained.

A 2015 report on the healthcare market in Brazil by Deloitte stated that the country had close to 6,800 public and private hospitals, 1,95,000 service units, and five lakh hospital beds. However, the distribution and quality of provision is patchy and the 2.5 hospital beds per 1,000 people is a relatively low estimate.

There are several reports that suggest that the Brazilian healthcare market is one of the most lucrative in the world. A report by PwC also states that Brazil is the only country in the world to have a system of free and universal public healthcare system.

This essentially means that the different taxes paid by locals end up covering all types of treatments, consultations and services that are offered by the System Unified Health System (SUS), without charging any additional amount. The SUS plays an important part of the Brazilian healthcare system, as a huge segment of the market isn't able to access private systems.

Also, with the increased incomes and expansion of the labour market being pumped into the economy, there is a growing demand for private and better access to healthcare.

For Practo, Shashank had emphasised the need for a similar mobile and smartphone penetration as the key to expansions in different geographies. If one were to look at the Latin American markets, there is an estimate that states that by 2019, 245.6 million smartphone users will be present in the region. Close to 84 percent of this share will be from Brazil, Chile, Argentina, Mexico, Colombia and Peru.

This hyperlocal startup is turning neighbourhood women into librarians, entrepreneurs