A startup that PM Modi applauded- Shradhanjali, online obituaries for your loved ones in 10 different languages 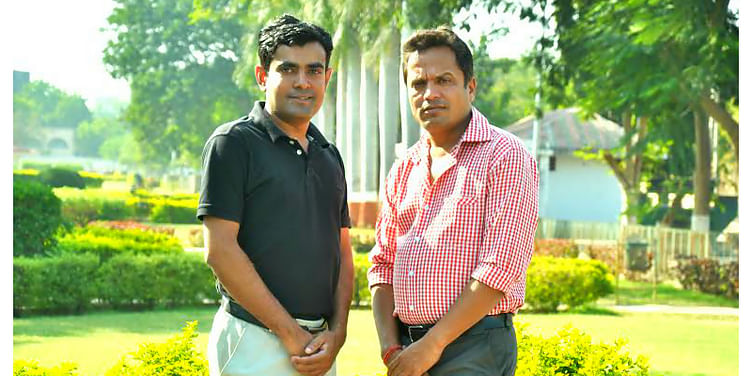 Two sales professionals had just stepped out to get some air and grab a bite on what seemed to be a day just like any other in June 2014, not knowing that their next meal was about to lead them to an idea that Prime Minister Narendra Modi will laud, one day. “The idea came in fluke while having snacks. As the snacks were served on a newspaper obituary column page, we felt a bit disturbed as it looked so insulting to see tribute pages being used to serve snacks. We thought to ourselves, 'can’t these be presented in a more respectable and presentable manner, which also stays forever and can be accessed globally and be remembered and shared?' These questions gave birth to Shradhanjali. The sole purpose was to maintain the sanctity of our deceased ancestors legacies,” says Vivek Vyas, Founder and CEO of India’s first online obituary portal, Shradhanjali.com - a startup that came to be showcased at the first Indian Language Digital Festival Bhasha, earlier this month on March 11.

A first-generation entrepreneur, Vivek was in his seventh year of working in sales and training, and had been instrumental in developing and training the Baroda module of the bancassurance team of SBI, taking it nationally to the number one spot. He had always wanted to plug the gap between the real and virtual world. His co-founder, Vimal Popat, came with 12 years of experience in sales, man management and developing successful dealerships and agencies, having worked with Castrol India Ltd. and later, managing a unit of more than 100 successful financial advisors with Tata AIG, where he also created many records. The two had been colleagues there for four years until that lunch in 2011. Over that afternoon, they decided they wanted to take a leap of faith with this innovative idea they had arrived on. And they leapt, if not following the sound of a cash register chiming, than just the fulfillment of helping people keep alive the memories and legacies of their loved ones.

How to pay your Shradhanjali

With the beta launched in 2011 and the final version of it incorporated in 2013, their interactive online platform invites contributions to remember and celebrate the lives of all the passed souls, through text, videos and pictures. Trying to keep their model as simple as possible yet comprehensive, they have facilitated the uploading, posting, sharing and publishing of the complete memoirs of one’s loved one, which include – biographies, family details, photos, videos, complete with background music selection. People from across the world can post their condolences and memories and also set reminders for their birth and death anniversaries year on year. What’s more, the biography and condolences can be penned down in ten different Indian languages- Hindi, Marathi, Sanskrit, Guajarati, English, Malayalam, Tamil, Bangla and Kannada, and will be adding Telugu, Punjabi, Assamese, Bodo, Konkani, Manipuri, Nepali, Oriya, Sindhi, Santali and Dogri to that list in the coming three months.

“The newspaper obituary market is a highly scattered market and no one has ever tried to capture the market size. The market is huge and hasn’t been tapped so far. Every year, more than seven million people pass away and with an average family of four, 28 million people directly get affected by the loss of their dear ones,” says Vivek.

Shradhanjali has garnered customers from major parts of India, USA, Canada, UK and Africa, whose primary need is to relive memories of their loved ones and pass on their legacy to their descendants.

Of goodwill and good fortune

As of now, they operate with ‘Freemium’ model wherein they charge Rs 5,000 from a subscriber. But, the profiles of martyrs, educationists, activists, sports persons, politicians are kept on complimentary basis.

The website has published over 400 paid obituaries so far. Their monthly revenues range in between Rs 65,000 and 80,000, with close to 9,000 monthly unique visitors to the site.

Legacy.com and tributes.com from USA are the biggest players in the sector across the globe. Tributes.in, obituaryindia.com and newspaper obituary columns are working in the same space that they are in, locally.

They have been covered more than 160 times, and made it to the Limca Book of Records and India Book of Records, and winning the Manthan South West India Award, Big Business Plan by Espark-Viridian, and the Real Diamond of Gujarat award. Prime MinisterNarendra Modi appreciated the service through a letter addressed to Vivek, too, stating, "I am glad to know that Trinity Unicepts Pvt. Ltd, At Rajkot, is launching Shradhanjali.com. Keeping the memories alive through an online portal is a memorable effort by the designer of this website." YourStory's language festival, Bhasha 2016, also lauded their ideology of doing this great work alongside celebrating our Indian languages.

With zero spend on marketing and advertising, the team has leveraged social media to get the word out. Now, they are looking to expand to States other than Gujarat and launch three other subscription plans to suit the diverse needs of their customers.