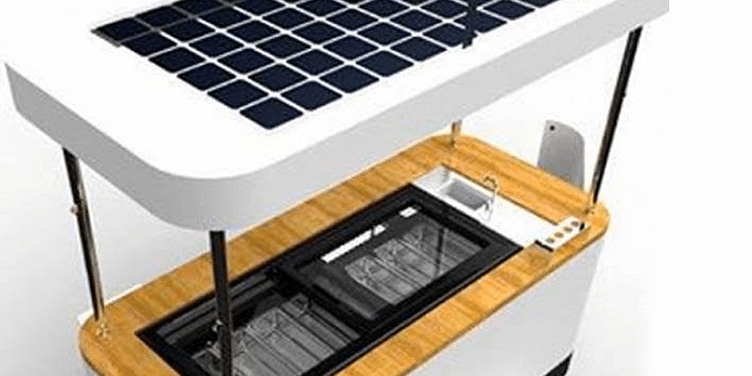 Students of Jamia Millia Islamia have built an eco-friendly food vending cart which has provisions for waste disposal and solar power generation. The cart was one of the submit showcased at the Festival of Innovations at Rashtrapati Bhawan, New Delhi. The project, which the university is in process of patenting, was among the six entries selected out of 114 sent for presentation at the recently concluded Festival.

The other entries were from IIT Kanpur, Central University of Jammu, IIT Madras, NIT Tiruchirpalli and IIT Delhi.

"Besides the storage drawers, the cart has two sections for waste disposal-for dry and wet waste each.The top panel has been kept free for advertisements while there is a plan to set up solar panel on the rooftop," she added.

The product has been developed by three students from the University's Faculty of Architecture-Huma Pervez, Faiza Jamal and Faraz Khan. The university is now planning to test the cart in its premises and then work on its commercial viability.

For now, the cart will be used by our canteen people for selling food in streets inside the university campus.We will then see if there are any flaws that need to me removed and further work on its commercial viability, Thomas said.