Umesh Yadav and these children are raising awareness for Swachh Bharat 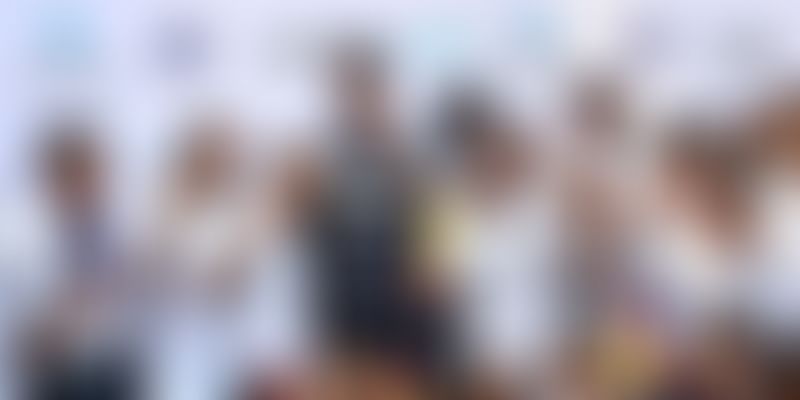 With an aim to raise awareness about sanitation and building toilets, International Cricket Council, with UNICEF and BCCI, organised Team Swachh clinics in Nagpur as part of nationwide initiative. A group of around 25 children from Chandrapur district of Maharashtra, who have been advocating use of toilets in their villages, toured with Indian Cricketer Umesh Yadav and ICC T-20 trophy in a double-decker bus to spread awareness.

Though Yadav didn’t speak during the event, the children shared their experiences with him about their campaign and the difficulties they faced. My friends and I went to around 50 households and explained harmful effects of open-defecation, said Govind Phule, a class IX student. “Though some people asked us not to lecture as they found it uncomfortable to discuss, but most of them took us very seriously and have already started building toilets,” he said.

Interestingly, some children in the group also don’t have toilets in their home. “I don’t have toilet in my home. But when I see the results after campaigning, I narrate those stories to my parents hoping one day it will inspire them to build a toilet,” 14-yr-old Sneha Katole said. Another class X student student said, the Swachh Bharat Abhiyan of Prime Minister Narendra Modi has helped build toilets in her village but expressed disappointment over attitudes of some villagers, according to PTI.

“There are some households in our village which have toilets but they use it for other purposes, like storehouse,” she lamented. Praising their efforts, Yadav, who also represents Vidarbha, played cricket with the children and also shared with them some light moments. The children also gave a five-step hand-washing tip to Yadav and asked him to follow it everyday after playing.

Ideris Ahmad, Communications Officer, UNICEF expressed concerns over open defecations, saying it affects health of children and a large number them die of diarrhea every year. The idea behind this campaign is that we have this very serious message and get them through very simple ideas, he said, adding they also discuss methods of hand washing as it can save millions of lives, he said.

Before Nagpur, the Trophy has travelled to Dharmshala, Mohali, and Delhi, and now it will go to Chennai (March 1), Bengaluru (March 3) before ending its journey in Mumbai (March 6).