Which Indian financial sector is UPI really going after? [Hint: It’s not wallets!] 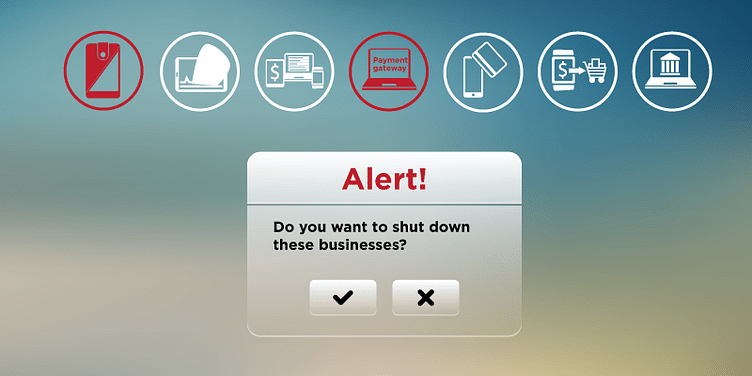 With the API's announcement made in February last year (launched only last month to partner banks), the business launch is expected to happen in April this year.

In the process, NPCI opened its application program interface (APIs) to partner banks to build solutions on the offered UPI infrastructure which, with its mobile-first payments, claimed to be interoperable and instant in nature.

But, with multiple inferences claiming that fintech companies are facing the heat, we decided to gauge if industry players really do feel endangered by NPCI’s advancements.

Sharad Sharma, Co-founder of iSpirt, which is also a partner to UPI's launch, says,

We will start seeing the adoption next year and not this year. Moreover, the argument is that disruption through this infrastructure is a multi-year journey, requiring as long as five years to completely change the communication through this technology.

Are wallets really in trouble?

Since the launch, there have been multiple talks on wallet businesses in India feeling the heat. The argument or inference being that UPI will replace mobile wallets, since the functionality can be accessed on the mobile without the need of any external app. Moreover, there are no restrictions with any amount of transaction being made, unlike wallets which hold a restriction of Rs 10,000.

Govind Rajan, Chief Operating Officer, FreeCharge says that even today there are still multiple payment options available to the user. However, consumers still prefer wallets for their simplified user interface (UI), the frictionless experience, reliability or affiliation to banks (or brands) followed by cash backs. He feels that these points will continue to hold wallets in good stead in the payment industry.

Govind says that the bank-to-bank transfer (which UPI seems to be addressing) is still possible through a bank’s iMobile application, suggesting that UPI is not bringing anything radically new to the table.

He says UPI as an architecture needs to achieve the adoptability and scale that wallet companies seem to have right now.

Another question that arises  with APIs being launched only to partner banks, is whether wallets will be ousted from the game.

Govind says, “The essence of what NPCI is doing is building interoperability, and all market participants will have to have access to UPI too. That’s the very definition of interoperability.”

He believes that the same happened with IMPS (Immediate Payment Service).

In November 2010, when IMPS was launched it was tried, tested and piloted with partner banks, and today all RBI-regulated entities have access to IMPS. He believes the same would happen with UPI being introduced to all participants in the ecosystem before long.

FreeCharge is already partnering with YES Bank and has no problems working or taking access through the APIs provided to the bank.

A source working closely with UPI says the infrastructure aims to provide a complete level-playing field (in terms of technology) to all banks, whether big or small. The source explains that power in the market is not limited for smaller players, because the technology backend is exactly the same with UPI. Bigger banks fought hard to block wallets from doing this.

“To avoid full competition from coming and getting these banks, the wallets and other players will be not included for play for a few months,” adds the source, who spoke on condition of anonymity due to the sensitive nature of the topic.

Are the gateways the real target?

Supporting Govind’s point, Abhijit Bose, CEO and Co-founder, Ezetap (which works on creating smart Point of Sale (PoS) systems), says that UPI will still need private companies to understand its working, help it scale and facilitate it for general consumers.

“If you give it (UPI Infrastructure) to people who know what they are doing and how are they using the technology, it is powerful, but just because it is there, doesn’t mean that you have a ready used case for it. Having achieved scale, the decision of adopting UPI is rather in the hands of private players assessing whether it will make customer experience any better,” he adds.

He, however, admits that UPI will streamline and introduce a next wave in the payment industry. According to him, two things will happen:

Abhijit's advice to the payment gateways is:

“If a payment gateway doesn’t have a strong value proposition and they’re just into switching, they will feel the pressure. Moving forward, switching margins will become zero. That means if a unique offering is not offered, switches and gateways will be bypassed. Today, I wouldn’t want to start a gateway or switch where the USP is just processing a transaction. There is nothing which UPI is doing which can’t be done (now without UPI). They are just making it cleaner, cheaper, easier.”

But this seems to be the real aim of UPI: to clean up the age-old revenue-making models of payment gateways. Another source, who spoke to YourStory on condition of anonymity, says that owing to the Visa/Mastercard legacy, payments was a space where there was loads of money to be made by just moving bits (any electronic transaction) from one place to the other. UPI is actually targeting the 'middle-man' payment gateways that are making a lot of money off an old system of making business (just through switching).

According to him, UPI would make payment free (by design). And, players that are into switching and leveraging payments to sell something else, and providing value-added services, like commerce etc., will benefit. This is because, such gateways, thanks to the value added services wouldn’t require just be dependent on cost of payments.

To understand this better, think of Skype. Before Skype, international calling was a really viable and expensive business. Skype destroyed that, by making international calling free. But to make revenue it offered a bunch of premium services that only 10 per cent of the user base used but is contributing to its revenue.

Industry sources claim UPI's core team plans to keep infrastructure free for adoption by everyone, to foster technological innovation in this space.

Sharing alternative views Abhijit says that UPI only opens up the banking switches and IMPS, which in turn does only P2P payments. But IMPS cannot handle an invoice and actually point to money being taken from a consumer and put into a merchant’s account. It only tells point A to point B of the transaction, therefore not helping in the payment processing. This leaves a lot of groundwork for adoption by other players of the ecosystem. According to him, it is not safe to say that everything goes away once UPI comes in.

“Moving forward, it’s the decision of the software provider (providing enterprise services) to the merchant on what’s the right tool for accepting payments. And a merchant talks to the bank; he doesn’t care if you use UPI or not. A merchant will allow me to do a transaction on the lowest cost and highest reliability.”

Thus believing that for UPI or rather let’s say newer players using UPI, the challenge will lie in scale of acquiring an active base of customers and the reach to merchants.

Following this up with a payment aggregator PayU, which is also a payment gateway Nimit Kumar, Product Head, PayUBiz says,

“Right now the challenge I see is the on-boarding process for users on UPI. Therefore the hackathons. From aggregator standpoint, we don’t see it as a competition but rather just one more way for a consumer to pay today, which is constantly innovating to bring down the unit expense per transaction significantly while fostering digital payments.”

This means that if the merchant still wants the UPI solution, PayU can offer it. But the question remains whether the buyer has started using UPI. “As an aggregator, we have to make sure that buyers and merchants have the maximum options to make a transaction,” he adds.

Ritesh Agarwal, Co-founder and COO of fonePaisa sums it all up as:

With all players questioning scale and adoptability, it is clear that the next stage for the sector will be mergers and acquisitions (M&A), where players with an active consumer base will join hands with companies having a strong merchant base. The FreeCharge (consumers) and Ezetap (merchants) partnership is one such example.

Moreover, clearly for payment gateways, only switching as a business is not the right thing to be into. But one good thing is that the launch of UPI has woken the payments industry from a slumber, putting pressure on businesses, which will further the scope of innovation in the sector. This move from NPCI seems almost similar to RBI's move of waking the banks through payment bank licences.