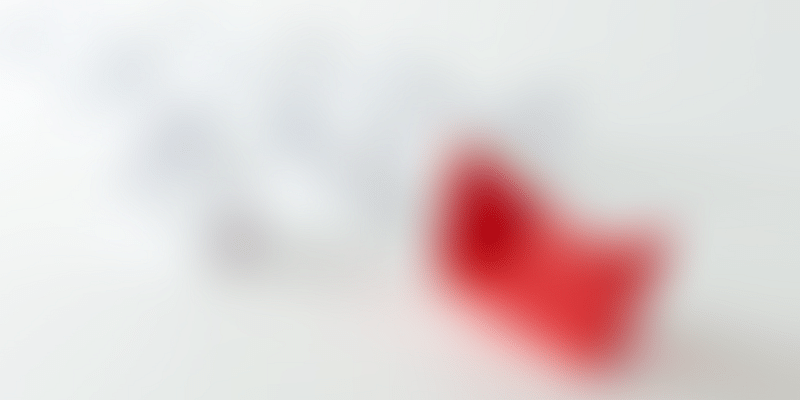 Dharma, the religious and moral law governing individual conduct, has played a silent everyday role in my upbringing. Bed time stories by my father, a master storyteller, were about Indian epics that imparted this notion of Dharma through parables. Our household was strict and puritanical in its daily rhythm. I now realize how much this has subconsciously shaped my choices in life. In India of the 70’s, meaning of life in a middle class household came from a sense of acceptance of doing ones duty without attachment to results.

Growing up, my role models were women with a strong core. My grandmother had 14 children. She was a strong woman who lived life without compromising her values. My mother, who was uneducated, provided unstinting support for our education. She instilled in us the dedication to learn and the aspiration to be independent women. She understood very deeply the drudgery of a woman’s life and that equality is related to independence. When I think of “Lean In”, I think of women who made the best of their circumstances and paved the way for women of my generation.

I was very good at Math, which put the notion in my head to become an engineer, pulling me into a mostly male world. In 1980, I entered engineering at 16, one of the youngest and few women at that time. Day 1, my mother’s words of advice — you are there to get a degree and learn, don’t get into controversies and keep your head down. Within the first week, I realized I could not survive on campus if I didn’t wear a saree, the attention otherwise made it impossible to study. In hindsight I find it humorous — walking to class was impossible without someone eve teasing and lab work was frequently thwarted. But the goal to prove that I can survive, was the dominant instinct that made all other inconveniences bearable.

I felt I had performed extremely well in my first year at work, but I got the lowest raise — 3%. I picked up courage after a month to discuss this with my manager, to discover that I had not listed any of the projects and contributions in my self-assessment. Hence none of these were attributed to me. The culture I grew up in looked down upon self-promotion as vanity and arrogance. I had to now blend these two different frame of references into my life. Thus began my journey to understand choices people make through the framework of their own cultural narratives.

In Japan, bushido, literally meaning “the way of the warrior,” is a word for the way of the samurai life. Unspoken and unwritten, it focuses on loyalty and sacrifice and encouraging of honorable death. Within mafia culture, omerta is a code of honor that places importance on silence. The medieval code of chivalry emphasized bravery, generosity in victory, and courtesy to women.These codes are deeply embedded and cultural. Within companies the code of conduct is often molded by the leader and rarely is there active dialogue on whether it fits the needs of people with other contexts. I believe larger companies might do a better job at this than smaller companies. Still, in a global world , little is being done to form a uniform code that is clear and inspirational.

In such a system, women are at an inherent disadvantage.

We know, from the Ellen Pao vs KPCB gender-discrimination case that bearing with the wrong and not speaking up is the recommended career choice for women. The consequences of doing otherwise can be harsh in an industry where harassment and hostility are never openly discussed, and indeed there is limited recourse.

By nature, most women prefer peace to conflict. Are women willing to compromise more often and give up credit rightfully due to them? I know I do. There are many “Fathers” to lay claim to success. Science, history and business are replete with examples. Plagiarism — the “wrongful appropriation” of someone else’s work, is quite common in business. Perpetuating incorrect information, by repetition a myth can come to be believed as truth. Over the years, I have seen many competent women trade jokes about situations where their role was downplayed.

I founded my first company in 1996, and my second company in 2001. This meant working with venture capitalists, with boards, that rarely work with women as peers. Many amusing (in hindsight) anecdotes come to mind. I once had an experienced woman who didn’t take our offer to join, and then a thoughtless comment by a board member that sent me home in tears — “she probably didn’t take the offer because not all women value work over family like you!”

The instinct to focus on the broader goal and broader impact — a female machismo — that said I don’t need any special consideration, got me through it all.

I co-founded IndoUS ventures (subsequently re-branded Kalaari) in 2006 and moved my family to India. I had never worked in India and was curious to see how gender roles play out here. After all these years, I now wonder if the root cause of gender disparity in pay has to do with women’s inherent choice to be silent and resilient.

So what can one woman do? I have a schooled reluctance to be drawn into this debate. I tell myself I am not cut out to be an activist. I like to make the best out of what the system offers. I believe that you have to create your own opportunities.

A recent email from my daughter forced me to confront what I have tried to avoid — my own self-imposed unwritten code on avoiding confrontation. “I felt a bit like Don Quixote?” antiquated and even disillusioned in my expectations — expecting sensitivity, intellectual honesty and moral strength as hallmarks of leadership.

Writing this was really to open myself to reflection, to think of my daughters, and a Martin Niemöller dilemma:

First they came for the Socialists, and I did not speak out —

Because I was not a Socialist.

Then they came for the Trade Unionists, and I did not speak out —

Because I was not a Trade Unionist.

Then they came for the Jews, and I did not speak out —

Because I was not a Jew.

Then they came for me — and there was no one left to speak for me.

My daughters, other young women, indeed other young people might have to choose silence above consequences. So, when should they speak up and ask for the credit due to them and demand acceptable code of conduct?

I hope I can make up for years of silence by opening the dialogue for change. I know there are no immediate and easy answers, but perhaps it is important to start somewhere. I am happy to take a small step forward, starting a conversation on what is needed to create more women in leadership through successful startups.

This article earlier appeared on Medium.