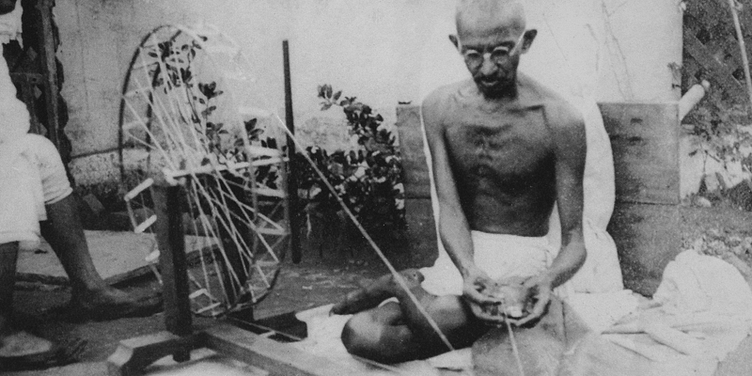 And then Gandhi came. He was like a powerful current of fresh air that made us stretch ourselves and take deep breaths; like a beam of light that pierced the darkness and removed the scales from our eyes; like a whirlwind that upset many things, but most of all the working of people’s minds. He did not descend from the top; he seemed to emerge from the millions of India, speaking their language and incessantly drawing attention to them and their appalling condition.

Thus, Jawaharlal Nehru writes in his fascinating book “Discovery of India.” Nehru went on to argue that the change Gandhi brought about was a change in the mindset of the masses. Earlier, there was fear — pervasive, oppressive and strangling fear, as he described it. And in those dire times, came the simple message of Gandhi: Be not afraid. And then everything changed. Gandhi was the most instrumental force in shaping our freedom movement, aligning people for a larger cause, and defining the values and principles that became key to India’s awakening.

How did Gandhi manage to bring about such a big change in such a difficult area — a change in the mindset of people, change in the prevailing culture itself.

I have often thought about this question — because I dwell a lot on how to influence change in the context of startups too. Startups tend not to pay attention to their culture and identity because they often are fire fighting — getting that new customer, fixing this bug in the product, adding a new feature, responding to a customer — one of the few that you have — but who might have 30,000 followers on Twitter, trying to persuade yet another talented engineer to join your team, and so on. Amidst all this, perhaps the most important reason for success gets sidelined.

Having a great work culture is not an option — it is a necessity. Tony Hsieh of Zappos wrote, “Our number one priority is company culture. Our whole belief is that if you get the culture right, most of the other stuff like delivering great customer service or building a long-term enduring brand will just happen naturally on its own.” How exactly does that happen? Howard Schlutz of Starbucks, “Great companies that build an enduring brand have an emotional relationship with customers. And that emotional relationship is on the most important characteristic, which is trust.” Get it wrong, the trust disappears. Without trust, there isn’t much one can work on. Whichever great company you look at — Google, Adobe, Warby Parker — you will find one thing in common. Their emphasis is all about their culture and how that formed the backbone of their success.

But how exactly did they manage to achieve it, it feels elusive and intangible unlike building a product. Gandhi galvanized an entire nation — people speaking different languages, following different faiths, coming from very different educational and professional backgrounds — by getting one thing right: Be the change you want to see.

A leader might give speeches, write memos, stop by at the water cooler, come up with a brilliant incentives program, borrow from neuroscience and behavioral economics to nudge people to right action — but nothing sends as powerful a message as the example he or she sets.

What does this mean for a startup CEO?

What are your core beliefs and values, can you articulate them clearly and concisely? What role do values play under pressure to deliver? For example, I had ordered a bag from an eCommerce company(Kalaari didn't invest). I was travelling and I could open the packet only after a month or so. When I did, I was shocked to see it had no handle. The customer service refused to take it back. I never shopped again at that site. I am sure this company CEO would not want a genuine customer problem to be unaddressed, and I am certain he didn’t want to lose a customer. But translating that value into action that pervades the whole organization is not easy.

Again, what is the degree of flexibility and trust you will give each employee in defining their work day. Can employees work from home or anywhere? There is no right answer. For example in our firm we don’t encourage our people working from home except as an occasional exception. We are a small group of people. We believe we need sufficient group think time to succeed. Hence we chose to create a office environment that feels like home, and we clearly articulate this as a belief important to us.

How will you reward performance? What do you value as success? How will employees be organised — is it flat or do you need clear reporting lines? Think about it, the military functions differently than a university. We understand that concept intuitively and why it is necessary to enable their respective success. The process to achieve their purpose is rooted in the culture set forth. A culture that is performance oriented, that’s based on trust, that’s based on values will lead to success.

But why bring Gandhi into this topic of corporate culture?

Well, if I think of him as the CEO of the freedom movement, and ponder on how he created impact through cultural change at a national level, we can definitely draw lessons for ourselves at an organisational level. Reflection and leadership are intertwined. So some points to reflect from life of Gandhi — Lead by example; Engage people; Rally team around a common cause.

This article earlier appeared on Medium.