The curious case of video advertisements for startups 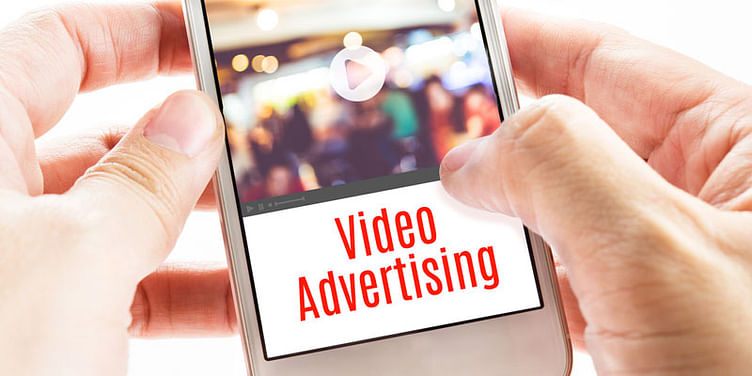 If you owned a television in the 90s, you would have grown up watching the Bajaj and Amul ad campaigns over and over again. The montage of typical Indians riding the scooter against the background score of 'Hamara Bajaj' will instantly evoke childhood memories

If you have seen these ads, you can easily visualise every single word in the paragraph. With decreasing attention span, people in this era want more in less time. When every minute counts and time is limited for your customers, video advertisement is the best and effective medium to build your brand value.

According to Dr. James McQuivey of Forrester Research, a one-minute video is worth 1.8 million words.

Studies are full of such statistics that prove video marketing is the king of brand building.

Suppose you own a South Indian restaurant with 200 varieties of dosa and you want to boost your sale.

There are two options:

Wait for weeks to achieve the targeted customer visit. And wait for a year or more to get your ROI.

Put this video on Facebook. Facebook is designed in a way that your advertisement will be seen by the people who,

Your restaurant is full within a week or two with only cost of hiring a professional within your budget.

People are doing business like this now. With Facebook's four billion video views in a day and 300 hours of Youtube upload every minute, brand building is shifting steadily towards video advertisement.

Why videos are effective in brand building?

Reading is an active process. Our mind tries to visualise everything that is written, in the form of a memory video, in its own capacity and experience.

Watching a video is passive. Video makes that visualisation real. Thus, the mind uses less energy in imagination because a picture is already created.

As everything in this universe is programmed in a way to conserve the energy, this activity to save energy by the body is loved by the mind.

As branding is an all-engage game, the more you engage your audience, the more share buttons are clicked.

If your video can provoke emotion and action, your video is viral and your brand can be established.

Some case studies to prove my point are:

Do you know what is the toughest job in this world?

In the video, a fake job was created to attract people for an interview. During the interview, people were informed of all the unrealistic job responsibilities they'll have, with no leave, no holidays, and the pay?.. ‘absolutely nothing’.

The surprised participants were further told that this position is held by billions of people right now and they are moms.

After a decade of launch, Orabrush was selling 10 tongue cleaners per month. Neither retailers nor oral care companies wanted to buy the product.

Founder Robert Wagstaff approached a freelance advertising company. Inspired by a Howcast video about curing bad breath, they decided to cast a video for the advertisement of their product.

The quirky, commercial-style video explained how 90 percent of bad breath comes from bacteria on the tongue.

After uploading this video the team purchased YouTube-promoted video ads and the results were outstanding.

Video not only helps you find customers, but it is an effective medium to find best-suited employees as well. The one who understands your culture and want to be a part of it.

ThoughtWorks has over 3,000 employees in 33 offices around the world. Its team is continually improving its recruiting strategy and is using video to attract, identify, and recruit talented and passionate employees.

The icing on the cake

There can be many reasons for this failure. There are few postmortems that could help you find the faults you made at your previous startup. But being an entrepreneur also means keeping a keen eye on the changing trends too.

And India is no exception being the second largest market after the US for YouTube and Facebook videos.

With that thought in mind, you must start making a video right now if you are an Indian startup. The reasons are,

The best method is to embed the video right into your landing page and also upload it or a portion of it to a video-sharing site like YouTube. Include a keyword-rich description and a link back to your site, and you’ll probably get traffic as a result.