5 challenges I faced while building my services startup

Starting up seemed like a scary thing back in 2014, when I was in my third year at IIT Bombay. I could see some of my seniors doing some inspiring stuff (read: Ola, Housing) but I never felt I had it in me to go down the same path, take risks and hustle my way towards starting something myself. Fast forward to today, I have managed to build The Minimalist, a new age creative agency with eight figure revenues, in a period of 10 months while being in college. Needless to say, the journey has been a tricky one with myriad constraints.

Managing my startup and college

Diving head first into a services company implies that the founders have to spend a considerable time working on all aspects of the business during the early days (and by early days, I mean a year or two at least). Without any employees in the initial stages, I was suddenly responsible for a multitude of tasks- something that I’d never been used to, courtesy my lethargic college days. Being in the middle of everything while still trying to scrape through a couple of courses at IIT was a shaky ride. Even to this day, my final year project is turning out to be quite an albatross around my neck.

Entering a sector I had no idea about

Being engineers, we had never seen how the professional advertising, design or digital world worked. The only period of exposure was when my co-founder had spent 2 months interning at an advertising agency. Barring that, it was solely our vision of creating a new age company in this oversaturated market that inspired us to back out of placements, follow our heart and plunge into this unknown space.

With funding being the big buzzword of 2015 (which was actually good for us), we found ourselves executing a bootstrap of the highest order. Being students, we started out with zilch- even the deposit of INR 1L for our first garage (read: office) was taken from the money the two of us had made while working as freelancers. While some cash could have come handy while investing in Capex and better resources, we nonetheless decided to grind it out without any kind of external support.

Starting out in June 2015, in hindsight, was a double edged sword. Good things first- we were in the middle of an investor euphoria as startups around us were rolling in the dough. The ephemeral funds were being burnt and we were out there to grab a piece of that pie at the right time. However, June was the time when a large chunk of the fresh batch of designers (our potential resources) had taken up jobs. To add to it, we were extremely new as an agency which only meant that attracting the right talent was a tough nut to crack. Needless to say, one of the ramifications of this timing was some bad hires.

Lack of prior experience

Being 21 years old, we decided to throw caution to the wind before starting up. Neither had we been in a corporate job nor did we have any prior entrepreneurial experience which meant only one thing- we had little idea about how companies were built. Owing to some good guidance from my father and fellow entrepreneurs, I was able to understand the intricacies of setting up a services company. I’ve still got a long way to go but through the last few months, I’ve managed to learn a bunch of things through my slog, enough to help me scale in a sustainable fashion.

In retrospect, the hurdles that I faced were diverse; some unique and some that every entrepreneur faces in his/her journey. However, the determination to bat a blind eye to all predicaments and efficiently build the business helped me unlock new opportunities and learn much more than I ever would in a conventional corporate setup. I think that is what entrepreneurship is all about- and I feel every college student should try starting his own venture. More than success or failure, it is the endless amount of learning that ultimately matters.

Sahil Vaidya
Sahil Vaidya is an entrepreneur, TEDx speaker and co-founder of The Minimalist, a new age creative agency. He is a final year undergraduate at IIT Bombay and likes to be sarcastic all the time, except while writing his own bio.…

Working with web publishers, this adtech startup has notched up $10M revenue run-rate 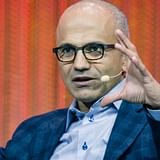