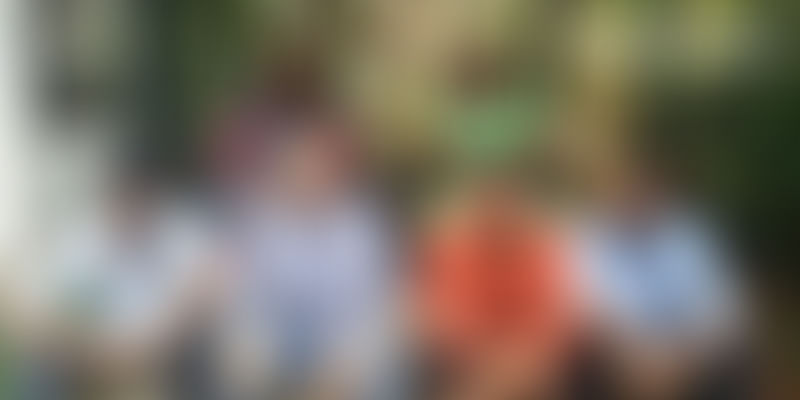 She calls herself a lawyer and he a technologist.

She provides focus and direction to the business while she calls him out to be the technology translator, building technology with a business sense.

Meghna Suryakumar and Sandeep Anandampillai have known each other for 15 years and been married for the last nine. But it was not just their unfailing love for each other that made this a perfect match; their intense shared love for technology too played its part.

Being true to their affiliations, the couple was also the first in India to build a website for their marriage, providing gift registry as a service guests. With this, the envisioning continued.

In 2009, serial entrepreneur Meghna and her husband moved back to India after she successfully set up her cross-border legal firm in the US. During a casual visit to an investor friend’s place, the couple –were asked how they monitored risk and streamlined compliance with multiple companies in a portfolio. This got the couple thinking. They then started building a tool in 2013, to streamline and manage compliance, and started a legal startup. What they did with their startup then is a revenue model for most legal startups now.

But by October 2014, the couple were struck by the realisation that the bigger market lay in the discovery of data. Wasting no time, they settled their previous venture to start an amplified intelligence platform, CrediWatch. Meghna says

We started to build this because we saw our real unicorn in this.

And what the coupled achieved together in their marriage shows in their product too - simplicity with singularisation.

CrediWatch is essentially an information intelligence platform providing big data risk analysis to corporations, helping them in the process to deploy intelligence while making decisions.

Like any other data intelligence platform, it curates information about a certain company or registered institution from the Internet to provide intelligence. It picks up data from 25,000 different points—which the company claims is the highest in the industry—from already existing information in the regulatory framework. This scale, according to Sandeep, is what sets them apart from the crowd. To give a perspective, a bank only looks up 200 of these data points while considering decision for a loan.

The intelligence can further be deployed for risk management and analysis, diligence and credit ratings.

For example, take this as the Google search for financial and complex set of information about certain companies or institutions. At the front end of the platform, there is a search bar which is trained to understand phonetics and give alternate suggestions. This is somewhat similar to ‘Did you mean’ which pops up on Google, in case the platform feels you’ve mispronounced something.

The platform works with credit and lending platforms like Capital Float and has pilots with CreditMantri for their risk management capabilities. The founders also claim that top two of the five law firms in India, including Trilegal and Bharucha & partners, utilise their platform’s intelligence on diligence, especially during mergers or acquisitions.

Further, the platform gives its intelligence to lending banks like Deutsche Bank, while helping BHIVE workspace for lead generation.

The complex pieces of information or query include financial structure of a company; involvement of people (as directors) in a corporate; loans and liabilities of a certain company, assets as well as compliance pattern for a certain company.

While the lending platforms integrate with the open APIs of CrediWatch, firms in other fields use the platform only for backend information like reports. Till now the firm has resolved more than a million API transactions. The platform has also delivered more than 10,000 detailed reports to law firms and lending banks.

Their revenue comes in two ways. One is the monthly subscription fees for access to the platform. This comes with some basic search capabilities. The second is a variable charge per transaction for activities, from procuring data, to searches. This cost is variably priced depending on the complexity of the ask. It also claims to get users full-blown company reports within a span of five minutes.

The duo do not want to reveal the pricing or the average ticket size for CrediWatch.

While using machine learning and NLP, the platform also works as a prediction tool. It counsels and predicts the risk profile, compliance pattern and regulation proofs for credit lending.

Looking at the previous trends, it also provides IP to companies on any new hiring or firing which a company might undergo in the future. It also tries to identify certain patterns in functioning for firms as well.

In the next five years, CrediWatch wants to reach a valuation of $100 million and impact close to 2-5 million loan applications. Widening its gamut, the company also envisions to drive financial inclusion through predictive analytics. In the coming months, the platform will also curate social media information to give a holistic 360-degree view of credit application.

With regular training of the system, the startup will find increased usage in different sectors like media, payments etc. The firm is basically doing what Reuters or Bloomberg does for SMEs, but in more private manner.

Does it have a market?

Last year 98 percent of the Indian SMEs reported of having granted trade credit to their foreign and domestic B2B customers. 56 percent of SMEs face working capital issues due to unavailability of bank credit. This has led to a strong rise in ventures playing in the credit lending space.

According to Vinay Mathews, Founder and COO, Faircent, data will change the financial system. He adds,

Apart from pulling data from traditional sources such as civil data, bank statement and verification, we can also gather data from non-traditional ways such as shopping pattern, academic record and online footprints. Such data is going to come in to make credit decisions.

There are other companies around the world working along similar lines as CrediWatch. They exploit new or never-before-used data pools to enhance lenders’ decision-making. Some of them are FirstAccess and Kopo Kopo in East Africa, Destacame in Chile and AIRE in the UK.

As stated, there is surge of startups in the lending space including firms like CapitalFloat which are crowding the market. No longer are firms relying on older formats of raising investments. Seeking new ways to raise working capital, ancillary technology companies like CrediWatch will play a key role in maintaining a high level of transparency in the ecosystem.

Apart from authenticating creditworthiness, these firms supporting the lending sector will be game changers, giving bigger lending giants the support to make the best bets in their investment games.