How Doormint reinvented itself to achieve scale 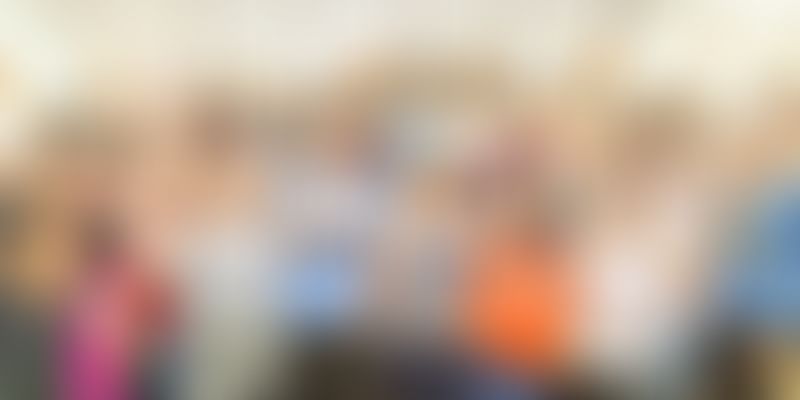 “Entrepreneurship is a learning experience teamed with grind and pain,” believes Doormint’s Founder Abhinav Agarwal. In its journey from being an on-demand services online marketplace to an online laundry business, Doormint has seen several ups and downs.

Abhinav and his friend Naman Lahoty started Doormint out of the need to organise the handyman services marketplace. “We found that even in a metro like Mumbai, you’ve to rely on different sources to get your plumbing, electrical, and carpentry services,” says Abhinav.

Mumbai-based Doormint raised Rs 60 lakh in their first round of funding from Powai Lake Ventures in February this year. It soon expanded to a 20-member team, and started adding different services such as appliance repair, deep cleaning, and pest control.

Doormint operated across Mumbai in seven to eight categories. “When we sat back and reviewed our progress, we realised that none of these categories were linked. The supply for each was different, and being a full-stack player, ensuring quality of service in each category became difficult,” adds Abhinav.

Being a full-stack model, the team had to ensure that both the end consumers and service providers were in sync and believed in Doormint. Abhinav says one of the biggest challenges was convincing service providers that they weren’t their competitors, but there to help their business.

On the customer side, they would approach flat and home owners, associations and watchmen to try their service. The team realised that the problem wasn’t about covering a small area. But the challenges of ensuring quality began to increase when they started to scale up. They decided that to ensure great service quality and reliability, they had to focus on one vertical that they could scale.

In July last year, the team had launched laundry as one of their service categories and raised $2 million in funding from Kalaari Capital. After contemplating the problem for six weeks, they decided to pivot to a laundry business in August last year. The team claims to be growing at 45 per cent MoM and gets 500 orders in a day.

Currently, the team is focused on increasing order density in the existing markets before expanding to other georaphies

The pivot was a big decision for the team considering the time they had invested in convincing service providers. Many were given close to a month of notice period. Doormint even referred these providers to other startups and businesses to ensure a smooth transition.

Fortunately, Abhinav adds that there weren’t too many changes on the team front. As they needed to scale operations on the laundry side, roles were changed and modulated. Piyush Ranjan who was the Head of technology and Co-founder helped with the pivot and with scaling and operations. Abhinav adds that they have had to make several transitions on the technology and platform front.

“In addition to building the laundry business, all our focus has been on ensuring a smooth and scalable transition. We are very positive about this change and transition,” says Abhinav.

Understanding the space and market

“We’ve been looking at this space for a while now. While we looked at different players in the field, we weren’t that convinced of the model of providing long-term value to the end consumer by being just a connecting or classified service,” says Rajesh Raju, Managing Director, Kalaari Capital.

So when the Kalaari team was looking for players who provide a full-stack model, provide quality service, and use technology to build a sustainable business, they zeroed in on Doormint.

Rajesh says that he found that in the former model, once a customer is connected to a service provider, he or she would reach out to them directly. “If they don’t like the service, they will blame you anyway,” he adds. Doormint, Rajesh says, had picked on these cues early and decided to concentrate and focus their business in the laundry space. Also, he says that the core founding team displayed a healthy balance of understanding, business, technology, operations and strategy.

The estimated size of the laundry market is Rs 2,20,000 crore, with the unorganised market (which includes dhobis, maid servants, and mom-and-pop stores) valued at Rs 5,000 crore.

According to a report by Euromonitor International, the sector is fragmented with 7,67,000 establishments, 98 per cent of which are micro-sized laundries with fewer than 10 workers.

Doormint has several competitors in the space – Wassup, Urban Dhobi, Pick my Laundry and Tooler among others. The segment has also seen plenty of ups and downs.

Last November, hybrid laundry platform Wassup acquired angel-funded Chamak for an undisclosed amount in an all-equity deal. This year, My Wash, one of the biggest players in the segment, was acquired by Housejoy.

(Disclaimer: Kalaari Capital is an investor in YourStory Media)