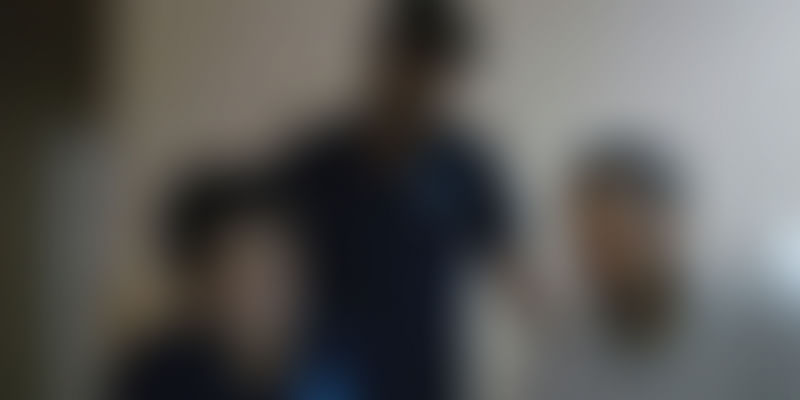 Founded in October 2015 by Shubham Goyal and Pankaj Singh Bora, Fitard is a fitness startup that motivates its users to adopt a fit, active, and healthier lifestyle by engaging them in competition and giving rewards. This also provides a social platform for brands to market their product and services.

“Lack of motivation to continue fitness routines pulled us into this idea,” says Shubham, CEO of Fitard.

Shubham, an IIT Roorkee alumnus, began his career as an executive in BHEL. He then decided to quit his job and moved to Mumbai and started working at MovinCart as a Lead Android Developer. He met Pankaj, who founded TrustyDeal, and then worked as a Senior Developer at TinyOwl. Both being in the same community used to discuss over various problems of the masses. They noticed that majority of the people want to remain fit but are not motivated enough to continue their fitness routine, which led to the inception of the idea.

Shubham and Pankaj started digging the motivational angle of fitness. They surveyed people during morning hours around Mumbai to figure out what are the main parameters that could motivate users to continue their fitness routines.

And it turned out that competition and rewards can engage and motivate people. Hence the founders came together and started Fitard. Prashant Chourasia joined them subsequently and heads the business.

The company charges its reward partners for marketing, brand building, and customer acquisition.

The Fitard Android App went live in Mumbai on January 2016, and received overwhelming support from the users and partners. In March, they launched in Bengaluru, Gurgaon, and Pune.

Fitard is currently bootstrapped and has over 500 daily active users with more than 3,000 downloads and 25 reward partners at present.

Others in this space

There is no major direct competitor in India in the fitness rewarding space. Jogo App is a similar app where you earn SweetSweats (points) for being active and redeem those as discounts against goods and services. There are companies like Earthmiles and Running Heroes in Europe working on fitness rewarding. In corporate wellness, there is Stephathalon which is a paid pedometer gadget-based solution.

As far as challenges in the fitness rewarding space are concerned, the founders believe that the major challenge is to build an engaging platform which is easy to use and fully automated. Apart from this, providing users with enough reward options is the other major challenge for retaining the users.

About motivating people for fitness, Pankaj, CTO, says “We have studied Indian market in a better manner. In last six months, we have analysed the user data which tells that there is a major difference in Indian audience. Fitness motivation in India is something that people have started paying attention now. Majority of the people are not motivated to go for a fitness routine. They need external influencers to push them, whether it’s rewarding or competition.”

He adds, “There are tons of apps for tracking your fitness, lot of startups working on aggregating gyms, classes, etc. But the problem of motivation for the users to run or to continue their fitness routine still lies.”

According to reports, the Indian Health and Fitness Industry combined together forms a huge market, that is, around Rs 1 trillion as of 2015 and is growing at more than 15–17 per cent. (source)

With India having around 200 million smartphone users, Fitard plans to target the critical masses with its easy to use mobile platform. The startup also has plans of entering the corporate wellness segment to help corporates run successful wellness programmes.

Fitard also plans to raise funds in the near future. The founders say that the raised funds will be utilised to expand the product reach and build a large community of users with more reward partners.