From Russia to India, the journey of this woman photographer to capture the euphoria at Indian weddings 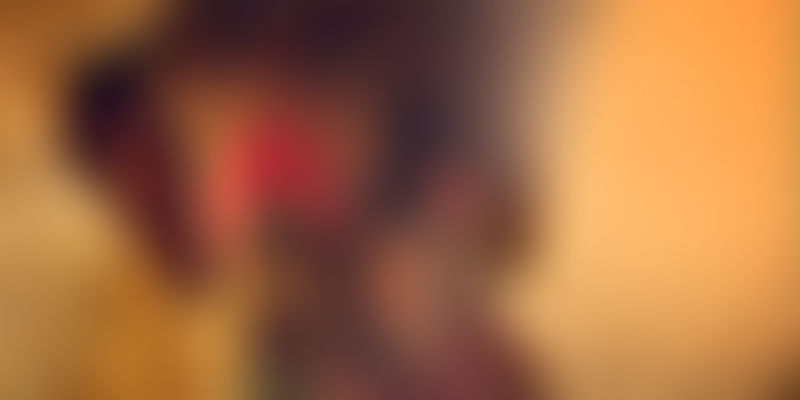 “I felt like I came home after a long vacation,” says Katia Peshakova, about the first time she set foot in India in 2007, at the age of 22.

The 31-year-old Russian photographer, who now calls India her home, has been covering weddings in the country for the past four years. She shot her first Indian wedding in 2012, a huge north Indian affair with the usual food, fun and fanfare. Katia recalls, “I found my place among them and at my first few weddings I worked without pay till I established myself as an independent professional, and now a company owner.”

Katia shot her first wedding in 2009 in Moscow. What started as just an interest eventually became the focus of her life. “I was fascinated by it, as with just one wedding I could do fashion photography, people, places. It was part journalism and part anthropology for me,” she explains.

It was not only just what the weddings were about but also their significance. Katia says, “The bride’s children and grandchildren will look upon these memories that capture one of the most important events of her life. That makes us photographers very important people.”

For Katia, wedding photography has also been the means to another end – learning about and absorbing India. “Every wedding is absolutely unique and full of curious small moments, rituals and traditions! I feel like I have become a kind of collector, chasing every new wedding in every new region,” she says. With her bags packed Katia is usually all set to dive into a new wedding every so often in different parts of India.

Katia has shot about 30 weddings so far. The one that stands out the most in her memory was a wedding she covered last September in Himachal. It was an intimate gathering bursting with traditions. “While the couple was from Bengaluru, they went to Palampur to have a traditional pahari wedding. After the main functions, the party went to the groom’s house, where the ceremonies to welcome the bahu took place. The entire wedding procession climbed up the hill to worship the groom’s ancestors, and celebrate the entire wedding in forest with pahari traditional music and dance. That’s the time I felt exactly why I was in India and why I wanted to become a wedding photographer,” Katia recalls.

Growing up in Russia

Katia’s love and enthusiam for India and photography may stem from the fact that she was exposed to both at an early age. Born in Krasnodar in south Russia, her exposure to photography started early through her father, who was a photographer himself. Her family lived in a tiny one-bedroom apartment, and due to the lack of space a thin wooden wall divided the room into two, with one half forming a makeshift photo studio for her dad. She recalls how he would convert the washroom into his dark room.

And so, at ten, Katia decided to become a photojournalist. When her father passed away a year later she and her mother moved to the coast of Black Sea to a beautiful town surrounded by mountains and the Black Sea. Katia began to take her camera along on her walks, photographing flowers and butterflies.

Her dad her left her his old Zenit (an old school film camera) and a very important piece of advice – “don’t be afraid to start a new adventure and fight for your dreams.” And that is something she has held on to. Even today her motto is to follow her dreams.

Along with photography, Katia discovered books on India at a young age. These books were mostly by Russian authors who had spent considerable time in India, not as tourists but as explorers.

One book was by a Russian woman who lived in rural Bengal and wrote about her daily life there. Another favourite book of Katia’s was on the Toda tribe settled on the mountains between Tamil Nadu and Karnataka, not far from Ooty, and the challenges the tribe faced.

It were these books and the experiences that fuelled her desire to live in India, and be a part of the culture. “I wanted to become like these authros –be a part of India, experience it not as a tourist but as loving child of India,” Katia says. By 16, she had learnt about the ISKON and Hare Krishna community and could drape a saree.

At home in India

One afternoon she landed in Delhi and headed to Aurobindo Ashram from the airport right in the middle of Holi celebrations.

Ask her if it has ever been a challenge to find work because she is from Russia, and pat comes the response –“I have never seen the question this way. I am an artiste; to judge my work, people can see my portfolio. Also, that showcases my ability to understand Indian culture and weddings, traditions and dress code. I guess there are some weddings to which I naturally won’t suit, but my customers are broad-minded, well-travelled or are even settled abroad. So I never feel the need to convince someone to take me seriously.”

It is love that brought her to India and it is the same feeling that makes her get out of bed everyday. “I cannot highlight any single factor as to why I am here. For me India is! I smell the Indian smell in Bangkok, or miss Indian noise and chaos in Russia, or cook Indian food, when I am travelling somewhere else. I feel much more at home here,” Katia explains.

Katia calls the love she receives from families of brides and grooms whose weddings she covers to be the highlight of her job. Ask about the challenges she faces in her field of work, she says with a cheeky smile, “LED lights! Rest I can manage.”

During her early years in India Katia was thirsty for travel and wanted to explore as much as she could. She began travelling extensively, taking photographs, keeping a journal and just enjoying the journey.

With the money she was earning as a wedding photographer in Moscow and as a destination photographer in Bali, she kept coming to India whenever she had the chance but she was unhappy every time she had to leave. She finally came back for good in 2012.

Katia has not had any formal education or training in photography, apart from observing her father’s passion for it. However, much later when she studied journalism in college, she did photography for a semester.

She admires the work of Sephi Bergerson on India weddings as his compositions clearly reveal a true understanding of traditions. Her photography is based on instinct and what she calls ‘looking at the picture minus the camera lens’. She adds, “ A photographer needs to have the skill of seeing; seeing the image without the camera.”