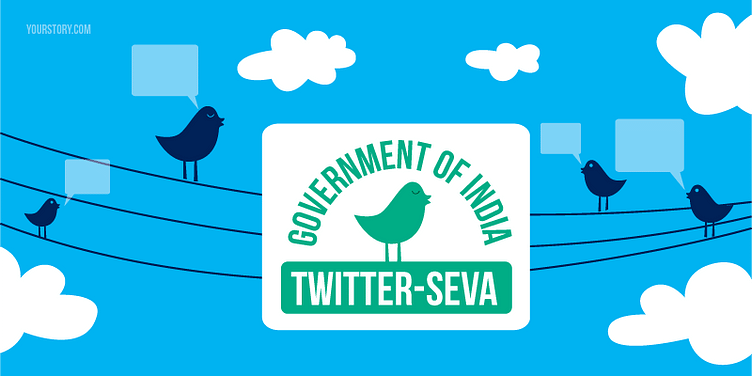 As a follow up to the ‘Start up India, Stand up India’ initiative, the government is working on setting up a hotline for entrepreneurs on Twitter. This hotline known as ‘Twitter Seva’ will help all entrepreneurs of different stages seek support or funding assistance from the government. According to a report by The Economic Times, the service is said to be launched on April 21.

This is one of the concrete steps that the government will be taking as part of the ‘Start up India, Stand up India’ initiative, after PM Narendra Modi launched Ola e-rickshaw services for Tier II and III cities.

Reports suggest that a team from the Ministry of Commerce and Industry will be working behind the scenes to help startups find VCs, incubation centres, or government services. The ‘Twitter Seva’ is believed to have been modelled after the different citizen engagement initiatives by the government for the railway and power minister on Twitter. According to a Twitter official, who didn’t want to be named, the micro-blogging site is working closely with the Bengaluru Police, Railway and Election Commission of Tamil Nadu. This, they said is the first step towards.

Speaking of this initiative, Raheel Khursheed, Head of News, Politics and Government at Twitter India, said, "The idea is to use Twitter to do customer service at scale. We are using this in different departments and government bodies in a phased manner, depending on use cases. There were tweets from people reaching out to the external affairs ministers, railway ministers and other government officials. Once there were responses from the officials, it increased the volume of queries. We took that idea and have built this service."

A government official told The Economic Times that the service works as an active grievance redressal system. As most entrepreneurs are already online and on social media, it makes sense to use Twitter. According to the official, the process will be manual where the top officials and Minister for Commerce and Industry Nirmala Sitharaman would manually scan all the tweets. Raheel added that the play here is to bring transparency and accountability. He said:

The Minister for Commerce and Industry wants to be available to all entrepreneurs and the product helps the commerce ministry reach the scale they are looking for. It gives a one-to-one access to the ministry by breaking down all the lines and systems.

The seva will be working towards automatically routing the grievances in real-time to the concerned official, so that the entrepreneur gets a feedback immediately.

It is good we are seeing concrete steps from the government under the ‘Start up India, Stand up India’ initiative. Entrepreneurs have long complained on the opaque and long-drawn process of getting access to government officials. This service, at its best, could give direct access. However, implementation and impact are the key. And now that the government has waded into the social media waters, it will have to be on its toes and ensure quick responses.