Startups line up for takeoff at Lufthansa’s Startup Expo 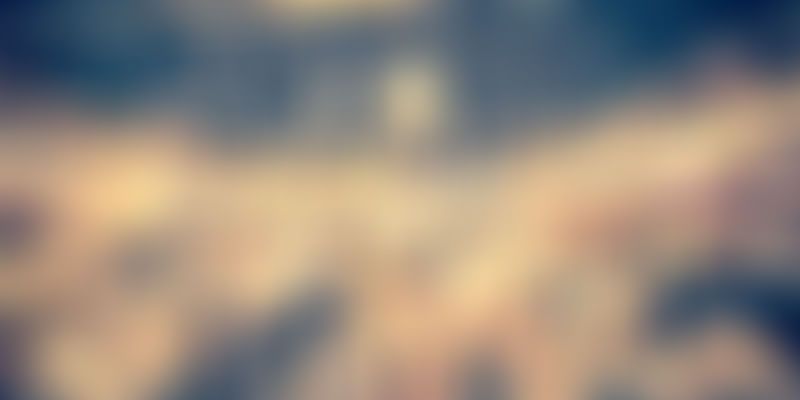 This article is brought to you by Lufthansa Runway to Success.

If any further proof was needed that startups have gone mainstream in India, then a visit to the Startup Expo in Gurgaon would have dispelled all your doubts. Conceived and organised by German carrier Lufthansa Airlines, in association with The Indus Entrepreneurs (TiE), the expo brought together over 2,500 startups, investors, mentors, industry partners, and government stakeholders. According to an estimate from the organisers, about 10,000 delegates attended the single-day event. The expo also saw close to 700 meetings with investors, with more than 150 job interviews.The scorching weather was no dampener, as founders, employees, aspiring entrepreneurs and every other member of this ecosystem went about their plans with practiced ease. Whether it was networking, pitching, or exploring tie-ups, the expo was abuzz with social media activity with conversation driven around the hastag #StartupExpo.

For Lufthansa, the decision to have an Expo this year was a major step up for its Runway to Success initiative, now in its fourth season. It seems a natural progression for an initiative that was started well before startups became all the rage they are now.

“The Startup Expo pays tribute to the entrepreneurial energy in India, driving one of the largest startup systems in the world,” said Wolfgang Will, Director, South Asia, Lufthansa Passenger Airlines.

Register for the Lufthansa Runway to Success and scale new heights! Last day to register is April 30, 2016.

Delivering a special session, Amitabh Kant, CEO, Niti Aayog, said that in an increasingly digitised world, the brick-and-mortar business in India would face a severe challenge over the next few years. “Brick-and-mortar businesses will move towards e-commerce and will largely be driven by technology,” he added.

According to him, products and services are shifting online and the world is getting connected. This will drive the offline world to digital. E-commerce is just close to touching $19 billion and slated to become a $300 billion market by 2023,” he said.

Unlike other startup conferences in NCR, where startups from the top six cities constitute over 90 per cent of the crowd, smaller cities made their presence felt at the startup expo, with over 20 per cent of the entrepreneurs coming from Tier 2 cities including Ludhiana, Asansol, Dehradun, Jaipur, Yamunanagar, and Varanasi.

“This exhibition not only gave us significant visibility, much to our surprise, we also bagged a few customers,” said Kunal Kishore Dhawan, who runs healthcare platform Navia Lifecare. The startup expo witnessed participation from 180 startups from across the country and 30 investors. Nearly 200 startups exhibited at the expo.

While the ground floor of the venue, Epicentre, was full of exhibiting startups, level one was all about money. Several investors including Sequoia, Kallari, RAIN, IAN amongst others were interacting one-on-one with startups. “I hail from Varanasi and attended several events for pitching investors, but for the very first time, I got to present my startups to three top VCs,” said the founder of a tech-driven manufacturing startup.

An investor who did not want to be named said the sheer variety of firms attending was a pleasant surprise, given the number of ‘gatekeepers’ startups have to cross to reach them normally.

Apart from the startup buzz, Lufthansa’s Travel Compass hogged its share of attention from attendees at the expo. “It was amazing. I got a 360˚ view of some awesome destinations across the world. The moment was thrilling and vivid,” said Shalini Ahuja, a third-year commerce student who was attending to bounce off her own ideas.

While startups based out of metros have better access to investor and mentors, entrepreneurs from smaller cities often face challenges in this regard. The government has identified this gap, and is committed to address the needs of startups in smaller cities. "The government is actively seeking suggestions from industry experts on the required steps to push startups in Tier II and III cities," said Ramesh Abhishek, the new secretary at the department of Industrial Promotion and policy (DIPP), which has played a crucial role so far in igniting the Start Up India movement.

The Lufthansa Runway to Success.

Startups, if you have missed being part of the Expo, don’t worry. You could take advantage of yet another Lufthansa initiative that drives innovation among startups like yours and rewards your ideas and execution – Runway to Success. This multi-staged initiative celebrates the spirit of Indian entrepreneurship and has been conceived and developed by Lufthansa in partnership with the business experts at TiE and India’s premier business TV channel ET NOW. As part of the Runway to Success TV Series, motivational stories of today’s business icons will be showcased in a power-packed programme on ET Now. The series also provides startups an opportunity to compete with the best and take home a grand prize that includes:

Register for the Lufthansa Runway to Success and scale new heights! Last day to register is April 30, 2016.