Our only intent was to test our limits: Nidhi Tiwari on her Delhi to London road trip 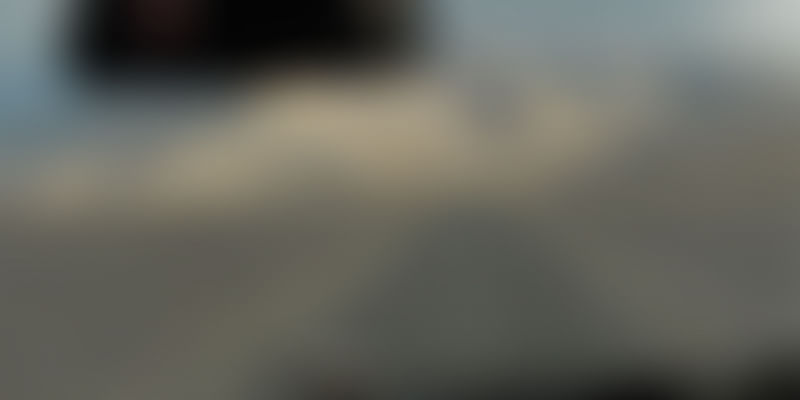 On July 23, 2015 a trio of formidable women flagged off from Delhi on a historic journey. They were driving to London and the trip would be first of its kind in the world. Helming the trip was de facto leader Nidhi Tiwari. Earlier that year she had founded Women Beyond Boundaries, an organisation that promotes off-road driving among women in India. This journey was WBB’s maiden voyage, meant to inaugurate the venture on a grand scale.

Indian women drivers, like their counterparts in the rest of the world, have been dealt the short end of the stick. Consider free-wheeling epithets about ‘idiotic lady drivers’ and dial in the added stereotypes of Indian society and you have a system that actively narrows, if not restricts, women from driving. Sure, in today’s times more and more women take the wheel to drive to work or drop kids off at school. But Nidhi didn’t see women driving on long road trips with friends, or off-road jeeping on an adventure or driving towards the horizon just for the heck of it-and this worried her.

For Nidhi there is no greater thrill than the sense of freedom that comes from a road trip and she wanted to create a community of like-minded women who would share this interest. To shrug off myths about the presumed weaknesses of women drivers, she undertook this 23,800-kilometre journey where she was the sole driver. She speaks to HerStory about the unusual childhood that led to her nomadic life today, the extremely arduous but life-changing journey she’s been on and why she hates the word ‘adventure’.

Tell me about yourself.

I am an outdoor educator by training. I’ve been a writer and am a die-hard Jeeper. Basically, I am a driver at heart. I’ve done various things professionally but all of them connected to the outdoors.

What fuels your love for the outdoors? Why do you love driving so much?

I started going outdoors very early in life. I started trekking from the age of seven. I went on my first Himalayan expedition at the age of 11. I grew up in Bengaluru and my childhood was spent hiking, trekking and climbing around the Western Ghats.

Intrinsically, somewhere I connected to a sense of challenge and accomplishment and that got addictive. I thought that if I enjoy this so much then my career and long-term engagement has to be with the outdoors. I studied outdoor education and trained as an outdoor leader in the US.

For me, being outdoors has never meant being in competition with the outside world. This is why the term ‘adventure’ never appealed to me as much as the idea of competing with the self in harmony with the outdoor space. As an outdoor educator I focus on growth and how one can use land, water, and forest as a medium to facilitate education and self-development. My core competence is in being able to design curriculum, where you use the outdoors as a medium to teach mainstream conventional topics.

At what age did you get your driving licence?

At 18. This has been my professional chart. Simultaneously, I also used to write extensively for various newspapers and magazines because I had fascinating stories to tell. Stories that I had discovered during my wildlife expeditions. Between 1995 and 2000 I wrote prolifically about those experiences.

How did your family background enable such an exciting and unusual childhood for you?

I come from a typical middle-class Indian home. My mother is a scientist and father an engineer. My mother wanted me to become a strong and independent woman and so all the trekking, hiking and camping happened early on in life. When they realised I’ve gone too far with it, it was too late. Having grown up at a time when engineering and medicine were the only acceptable career choices my outdoor ambitions were worrisome for my parents. But I’ve been the deviant from day one.

I met my husband Prem, who’s in the army, on a hike. He had brought a bunch of cadets on a hike which I was leading. After marriage I continued hiking and writing as before, but that lifestyle had to be re-evaluated once the kids came along. I would be a lost person without my outdoor life, but how could two small children be expected to come along? That’s when I started Jeeping.

I got a basic Jeep, ripped it apart and put it back together after modifying it, spent hours at the mechanic’s every day learning more about the machine and drove it all around the country. Luckily, my husband doesn’t enjoy driving much so it’s pretty much me behind the wheels.

The Jeep is such a wonderful powerful machine that it’s an insult to drive it on a tar road. That’s for cars. A group of us adventurers formed a club and we would go on off-road trips that provided a challenge worthy of the Jeep. I’ve driven over slush, sand, rocks, mud, bushes and quarries. Our only intent was to test our driving and test our limits.

When did you conceive the idea for this trip?

I’ve been road-tripping across the country every chance I got. In 2007 I drove to Ladakh and that gave me a level of confidence I hadn’t experienced before. As a driver, it is extremely important to know your machine. That’s where the confidence comes from. It’s not about calling the call centre when something goes wrong.

On that trip the roads were closed due to terrible weather. We were stranded in the middle of nowhere and had to walk miles for food and shelter. Some of those nights I spent under the open sky because my vehicle had got stuck. Sleeping under that beautiful star-studded sky, at 15,000 feet, I thought to myself that if this is something I can do and endure then maybe I am now ready to take on something bigger.

I started preparing for my pipe dream of a trans-continental road trip early 2015. I was telling my close friend about it and she said, ‘Just stop it. You have done so much of all this. Women like me would also like to do it. How do we go about it? Why don’t you start a platform where women like us can also be part of journeys like these?’

I was psyched! Driving is a matter of skill and opportunity. Most women drivers in India are not lacking in the former. It is the latter where they are shortchanged. Men get so much more opportunity to drive and hone their skills. For women it is mostly limited to driving to work, school and shopping. That’s why I started Women Beyond Boundaries-to empower women drivers to take on male territories.

We wanted to announce to the world our venture in a grand way and what could be grander than a road trip from Delhi to London?

What were the preparations involved?

Every sponsor I went to, it was the same old story. I was told, ‘No woman (or women) had ever attempted a journey like this before, you don’t know what you are talking about, do you even know how to change a tyre,’ and so on. I just laughed and walked out of those rooms. Intrinsically I knew this journey would prove them wrong anyway. So why bother?

Finally my hopes were rejuvenated when Mahindra came on board. Then we started selecting participants for what would be the maiden voyage of Women Beyond Boundaries. That’s how Soumya and Rashmi came on board. Then it was all about visas (land visas, as opposed to air visas, are very hard to get), paperwork and getting the government to recognise our journey. A crazy amount of legwork went in. The journey flagged off on July 23, 2015. It was intended to be a 60-day journey.

What were some of the most memorable experiences from the trip?

The greatest test of our mettle was when we were stuck in Myanmar. There was a cyclone that hit the Bay of Bengal. As a result the whole south of Myanmar was hit with terrible landslides and mudslides. There was no way to assess how long we were going to be stuck there. It could have been days, weeks or months. All communication channels were down. After about a week Soumya and Rashmi chose to fly back to Bengaluru, deciding to join me later in Manderley and resume the journey. I didn’t have any such luxury. I had to stay back and be responsible for the vehicle. It took four weeks for the roads to open. When I was driving from Moreh to Manderley I saw how badly the country had been ravaged. It was a calamity.

What other points in the journey stand out for you?

On the pleasanter side of things, Finland stands out for me. I loved studying geography in school and had always wondered what it would be like to go to North Pole. To get to go there as an adult was an absolute sense of wow.

You guys are the first Indian vehicle to have driven over the Arctic Circle?

That’s ridiculous. This is something I want to address. There has been a lot of misreporting about our journey. A major newspaper wrote about us without even contacting us. Their report is full of wrong information. And all other websites are parroting that information.

The Arctic Circle is a geographic region. What do you mean by, ‘driving over it?’ You drive through the Arctic Circle, not over it. My credibility is affected when sane people will read such rubbish about me. They got most of the facts and figures wrong as well. Somewhere it was reported that I was driving 600 kilometres a day. The nonsense!

From Imphal to Myanmar is a 200-km stretch which took us five days to cover. On a good day in China I did 1,200 km a day. I was stuck for 29 days in Moreh but did Helsinki to Prague without a stop. How can you drive the exact distance every day on a journey as varied as this?

What advice do you have for people who want to conquer mountains of their own?

This journey worked because there was so much self-belief. Whatever you want to do can be achieved if you have ridiculous amounts of faith in yourself.

This journey was a dream and I was possessed to complete it. Now that I have, I can only say that it’s been humbling. I feel the road trip has been about re-calibrating my lens on life. Everything I knew about myself as a person, where I want to reach and where I have been all this while, has undergone a transformation and given me renewed strength to become the best version of myself.