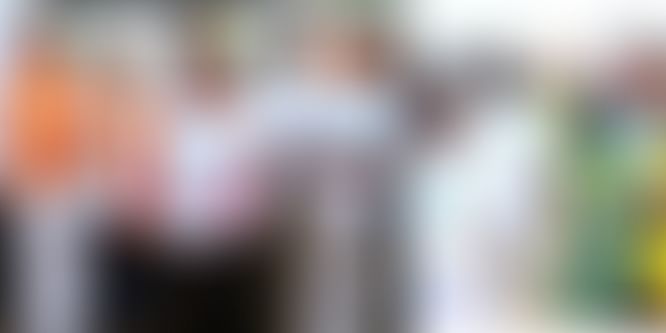 An 80-year-old NRI based in the UK has concluded his 3,000-km walk from Kanyakumari to Delhi to spread awareness about blindness and raise funds. Balwant Singh Grewal was received at the India Gate here by Urban Development Minister M Venkaiah Naidu who felicitated him for his accomplishment.

He said his walk has generated substantial awareness about blindness. At a gurudwara in Nagpur, about 200 women came forward to donate their eyes. Grewal heads the UK-based charity India Association, started the walk on October 26 last year. The fund he collected during the course of his walk will be donated to Saksham , an organisation working for the cause of the blind, and the Prime Minister’s National Relief Fund.

Naidu termed his initiative as “inspiring and commendable” and said it would inspire many to come forward to donate eye. The minister said the government has been taking several measures for the benefit of the differently-abled to make them realise their inherent potential.

Also read : They didn’t have money to buy jerseys, but donated for charity after becoming World Champions

Mr. Bobby said the funds would be utilised for projects such as making India blind-free by 2018, supporting the Prime Minister’s Clean India Mission and for the welfare of the disabled. He would meet industrial giants during the walk to seek their support.