Meet the fearless five who turned their #PassionToPaycheck 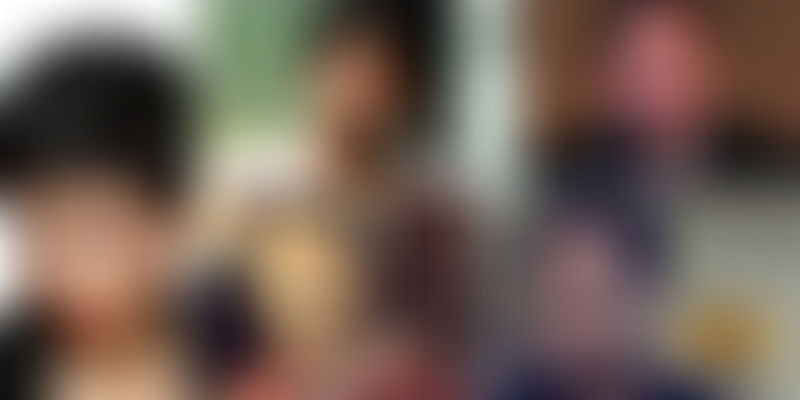 This article is sponsored by Signature.

Ever felt a growing need to turn a hobby or a passion into something you can do every single day, and earn a living from it? Yes? And ever felt it held back by a lack of confidence? By the endless number of ‘what-if’ questions that crop up? By a sense of fear, a nagging uncertainty, and of course, the figure on your EMI cheque. There’s life beyond that. If you really love something, pursue it with all your heart. And if you need inspiration, meet these five individuals who followed their heart’s calling to pursue their passions, and are hugely successful today. These five people clearly stand out from the crowd. You could be next.

#1. Ex-advertising executive Radhika Vaz is ‘Unladylike’ and keeps you in splits while she’s at it

When you think of a woman stand-up comedian from India, Radhika Vaz is the first name that comes to mind. A former advertising executive, Vaz’s shows have sold out not just in India but also in New York and Los Angeles. Her no-holds-barred take on all things taboo (and not just Indian taboos) has gained her legions of fans worldwide who won’t miss her shows, her newspaper columns, or her appearances on radio and television, and have loyally queued up to buy her book, Unladylike: A Memoir.

Vaz wasn’t looking to become a comedian. A casual suggestion by her then-boyfriend (now her husband) to explore a pass-time in New York led to her enrolling in a class in improvisational theatre. “I never saw myself as a stand-up comic because in my head stand-up had this heavy pressure to make people laugh,” Vaz revealed in a recent interview.

Standup comedy, for which she has a wickedly natural flair, happened in 2010, and there’s been no looking back. From unsolicited advice that Indians are so fond of handing out, and the double standards that pervade society worldwide, to irreverent takes on the female body, (body hair, bodily fluids, and unmentionable bodily noises) and expectations from women to conform, Vaz has an irreverent take on everything. Her comedy busts every gender barrier possible, and makes us laugh while we watch the demolition get underway.

#2. When IIT-ian Biswapati Sarkar became a comedy writer, most thought he must have The Viral Fever

Nobody does Arnab better than Arnub – when the cameras start rolling, Biswapati Sarkar appears to take himself as seriously as his character does in real life. Parodying TV news anchor Arnab Goswami’s news show through Barely Speaking with Arnub, a web series by The Viral Fever (TVF), has turned him into a YouTube sensation. The show has featured celebs like Shah Rukh Khan, Ranveer Singh, and Delhi CM Arvind Kejriwal and has notched up nearly 10 million views on YouTube.

Sarkar, like his college senior Arunabh Kumar who started TVF, has a degree from IIT Kharagpur. Unlike most of his batchmates, he was sure that science, math or engineering were not what he wanted to do for the rest of his life. His flair for writing comedy was recognized by Kumar during an internship at TVF, which led to a job offer. Sarkar skipped the entire placements process and decided writing comedy is what he wanted to do. The transition was hardly easy. "My parents couldn't understand why I wasn't interested in a good engineering degree, but I found writing so much more creative," he said in a recent interview. "Now, sometimes my mom calls me to talk about my work. That amazes me."

As Creative Director of TVF, Sarkar has worked on shows like Qtiyapa, Permanent Roommates and TVF-Pitchers. He’s also occasionally mobbed on the streets. From becoming a mini-celebrity in his family when he followed in an uncle’s footsteps and got into IIT, to becoming a real-life celebrity, Sarkar has come a long way in less than five years.

Rajeev Raja was a creative honcho in advertising for 25 years – music was a hobby, one that helped him keep his mojo. Through the years, he balanced weekday jamming sessions with overnight slogging on an advertising campaign. At the time, he believed – like so many did – that music was an unviable career in India unless you were in the big league.

That changed four years ago, when Raja decided it was music he wanted to pursue full time. A flautist who plays the silver and the bamboo flutes with equal ease, he decided to quit a 25-year-old career. Since then, he has played solo and with bands like Indian Ocean and launched an album, Cosmic Chant, in 2013. Raja’s repertoire is wide – everything from Indian Classical to Rock and Latin. He’s also part of the Rajeev Raja Combine, an Indo-Jazz music band based out of Mumbai.

But that’s not where his passion generates a paycheck. Raja and former colleague J Mani banded together in 2012 to create Brandmusiq, a venture that creates MOGOsTM (musical logos) for brands. It’s the only agency of its kind in India, and among the handful in the world to create sonic identities (not to be confused with an ad jingle) for brands. Since they started out, they have bagged prestigious brands like Vistara Airlines, the Shapoorji Pallonji group, Standard Chartered global, Zee News.

As Raja said in a recent interview, “In my new avatar as a sonic branding professional, the two worlds of brands and music have merged.”

#4. Nitin Gupta (Rivaldo) traded in his IIT degree to become an ‘entertainment engineer’

Nitin Gupta (aka Rivaldo) realised early on that his engineering degree from IIT wasn’t going to shape his career. His heart lay on the stage, entertaining people as a standup comedian. It took a while, though, to be sure this was what he wanted to do. In an interview with YourStory, Nitin described the shift from engineering to stand-up comedy as ‘love at second thought’, rather than ‘love at first sight’: “I didn’t flirt with the idea right away. I first became good friends with it, then the idea moved in my mind. So I was in a live-in relationship with the idea for quite some time. May be that’s when I fell in love with it.”

He turned down the campus placement offers he received, and instead went to work in an IIT coaching institute and made educational documentaries to make ends meet for two years. In that short period of time, he was ready to start his own company, Humor Beings (earlier, Entertainment Engineers).

Rivaldo’s standup material ranges from timeless classics (dating, marriage, honeymoon) to current affairs, all of which is liberally peppered with names of celebs. Much like traditional Indian humourists and satirists, he fearlessly takes on politicians, scams and corruption (2G, CWG, award waapsi), and the daily grind that the general public deals with (surge pricing, Delhi’s odd-even formula and that eternal favourite, rising prices). Here’s one comedian who clearly has the pulse of the audience.

#5. Devendra Purbiya also traded his career as a software engineer to become a professional photographer

Devendra Purbiya’s moment in the sun – literally – was when he won the contest to cover the launch of the Kingfisher Calendar for 2010 when he got to shoot Deepika Padukone and a host of other celebrities. That year, he was also nominated in the ‘Behind the Scenes’ category for Better Photography magazine’s Wedding Photographer of the Year contest. Today, Purbiya is one of India’s most sought-after wedding photographers, specialising in candid photography.

Funnily enough, it was at IIT Kharagpur, where he was pursued a degree in Computer Science, that he discovered his creative tendencies. Whether it was learning all about colours and shades during rangoli competitions, or designing posters (for which he learnt Photoshop), Purbiya revelled in everything creative that he could do. Once he passed out, he settled for the routine of a regular job as a software engineer. For nearly six years, he pursued photography, theatre and animation as hobbies while holding down a regular job until the cubicle seemed too confining. Giving up an income was not an option, so he made the transition a gradual one, especially since he was a self-taught photographer.

“The toughest part about leaving a job is the fear that money will stop flowing…the biggest task is to convince yourself that you can earn money out of what you are going to do,” Purbiya told an interviewer. He gave himself a year to make it on his own and had confessed that he would have looked for another job if he didn’t make it big. It’s been six years since he stepped out into the unknown, and hasn’t had to turn back to where he came from.