Why are these India and US-based entrepreneurs joining hands to pay your bills through Facebook Messenger? 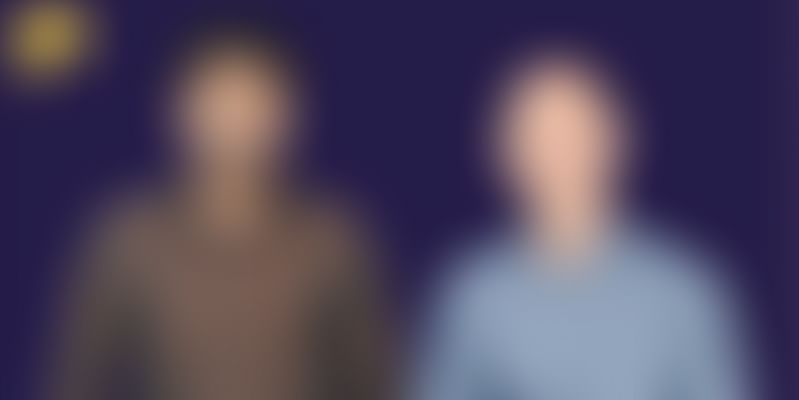 The magic started in November 2015.

Around this time last year, serial entrepreneur Srinivas Njay was working in California on his cross-border money transfer business, Payjo. It was then that Srinivas met Bruce Kim, who was running one of the first Internet subscription billing companies with top clients like Salesforce.com, Morningstar.com, and NTT Europe, processing over $2 billion in transactions.

Before starting up, Srinivas had worked with companies like Microsoft and Amercian game developer Electronic Arts (EA). Soon, bigger players with deeper pockets and better autonomy led to his startup Payjo taking a backseat.

In December 2015, Srinivas (Srini) moved to India with Bruce to check how ripe the market was for entrepreneurs. But, his current business idea was born of necessity. Seeing his mom trying to learn how to text with WhatsApp, Srini was inspired by the idea of utility bots.

Doing it all over texts

Recharge Bot is an application virtualisation platform, essentially eliminating the need to install an app in a traditional sense, while still executing it as if it were installed. As the name suggests, the duo has chosen phone prepaid recharges as their first use-case to demonstrate and test this software technology.

The way of access doesn’t require you to download their application, but rather just have the Facebook Messenger app downloaded on your phone. Activating the facility this Monday, users can just search Recharge Bot (where they search for friends to chat) and the bot appears, taking them through the same process of recharging their phones.

To make things convenient, once your number is registered, the bot will automatically send notifications to a particular consumer when their credit balance is below Rs 100, 50, and 10. All this, without the installation of the app, owing to app virtualisaion technology. As of now, Airtel and Vodafone apps are virtualised providing low balance notifications ; with Idea and DoCoMo coming onboard next week.

Further, one can add multiple numbers to help others get their recharge as well. An example would be recharging your mother’s phone. Currently, the platform supports all carriers for recharges.

Claiming to be the first Indian bot platform, the duo explains that it is possible to run their platform on messaging apps like Messenger through integration with their bot APIs. As of now, messaging apps like Facebook Messenger, WeChat, Kick, and Telegram have their bot APIs open, which the venture plans to integrate with. Further, WhatsApp is also opening up its bot APIs for integration soon.

On the backend, Recharge Bot has a partnership with PayU and InstaMojo for processing their online payments. Payments for users in countries abroad will be powered by Stripe by the end of next month. The duo is also planning to target markets like the US, Australia, Canada, and Europe.

The platform is 100 per cent automated with no manual intervention. However, most of the conversation is guided by the bot rather than the user.

For Srini, their product will target a lot of Indian dispora abroad who are used to recharging or paying bills for their parents back in India. Moreover, he believes it will also empower the next generation of Internet users especially the older generations to quickly adopt and become self-reliant when it comes to payments.

However, Bruce and Srini’s platform is a quintessential technology play – an AI (artificial intelligence) bot platform.

Currently bootstrapped, the business is looking to raise funds. As of now, the app has 350 active users of which 130 of them are actively testing the platform. Srini tells us that the longer vision is to move towards aggregator platforms or marketplaces catering to customers with a specific demand. This could be hyperlocal services or maybe e-commerce platforms. But, the most obvious step for the startup is bill payments like DTH and electricity bills, which will be facilitated by the end of next month.

At present, the firm’s revenue source is like any other recharge businesses’, receiving commissions of 2-3 per cent on every recharge. But this is set to evolve with newer offerings entering the fray.

When compared to the other bot assistants in the market, Recharge Bot scores higher owing to its base of application virtualisation. This doesn’t require you to download an extra app, which is the biggest challenge for most bot players in the concierge segment. Further, integrating it with chat apps allows it to ride on their efforts when it comes to localisation and engagement, thus receiving instant scale.

There are presently multiple bots in the concierge segment in the market. These include 100 per cent automated platform YANA and Haptik, whose platform is 50 percent automated with the rest being manual.

YANA and Recharge Bot are 100 per cent automated platforms. The first offers a host of services like booking cabs and groceries enabling more functionality, while the latter can gain a lot of initial traction as users can avail the app’s functionality without actually downloading it. Further, the phone numbers give the platform access to a host of other avenues to scale up.

However, the competition will really heat up when Recharge Bot scales up to provide more functionality and offerings.