An amputee can walk, run and dance with RiseLegs’ innovative cane prosthetic leg 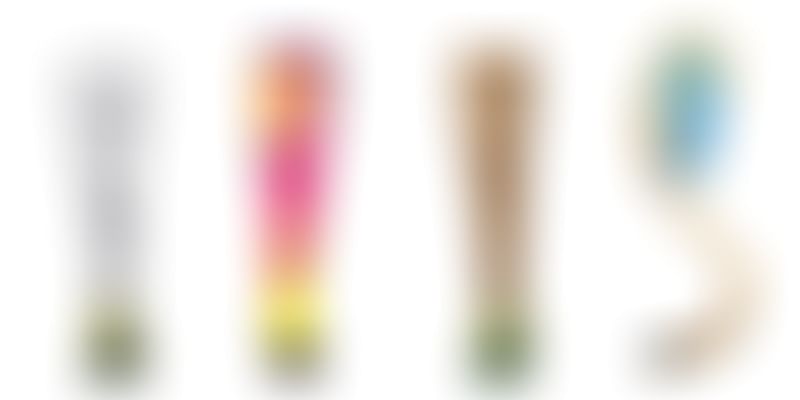 Arun Cherian was on the top of his game. After graduating from prestigious universities such as Berkley and Colombia, specialising in designing robotics exoskeletal suits (wearable military suits to carry weight, walk and run faster with less fatigue), he moved to Purdue to pursue his PhD is soft-exoskeletal suits. In his second year, he took a semester off to make arrangements for his sister’s wedding and came down to India. The time he spent in his home country after nearly a decade of staying away changed not only his life but is poised to make a difference to the world.

Cane is ubiquitous. It’s safe to say that almost every Indian household would own something made of cane. And that’s how Arun’s journey began, with a simple curiosity-based question, “Is cane a spring?”

Sitting in his home in Kerala, he thought to himself,

The cane furniture is bent in such countless ways, yet, it takes a lot of human weight. It’s durable and long-lasting. So, essentially, it’s a spring just like our legs. Bio-mechanically, all animals, irrespective of the number of legs they have (two, four or a 100 even), have the same leg stiffness-to-body weight ratio. We are all designed in the same way.

Once he made the connection of cane and legs, there was no looking back. He was out to design cane-based prosthetic legs for the global market.

His first prototype involved buying a few sticks of local cane, putting them on a ledge and having his friend stand on them. The cane endured the full body weight and kept springing back. So, Arun went to his local cane artisan and asked him to design a cane bent to a specific shape and got a few different shapes and sizes made.

Finally, they took all the prototypes to the Aerospace Department of Indian Institute of Sciences, Bengaluru, and tested them on a machine to understand the endurance and durability levels. Arun says,

We inserted the stick into a simple machine and pumped it for about a lakh times to see if it will break, develop cracks or any such things. But much to my delight, nothing happened.

His first prototype was ready and the next natural step was to start the company, RiseLegs, to make – ‘lightweight cane-based prosthetic legs for amputees with which they cannot just walk, but run, play and dance!’

Arun explains that there are over 1,200 varieties of cane and the main challenge is to find the right kind of cane. It also entails getting the geometry right- the stiffness, diameter, size, and length. Thankfully, this is where the local artisans’ knowledge helped him immensely. But even otherwise, since cane is a creeper, the diameter from one end to the other is consistent, making it a good engineering material. Secondly, it’s available in abundance in most parts of the country and up until now, the usage of cane hasn’t found its way beyond the furniture industry. But it clearly has huge potential.

RiseLegs’ first beneficiary was 20-year-old Madhusudhan H, who lost his legs in a train accident in 2008. He was 13, sitting near the door enjoying the view when he slipped and fell under the train’s wheels. Arun came in touch with Madhu through the Association of People with Disabilities in Bengaluru, who were roped in to give him feedback. Arun recalls Madhu’s experience:

By the third hour, Madhu was walking without his crutches and on the fifth day, he was able to kick a football with ease. After a few weeks of training, he started walking four km on an uneven road without support. He’s now training for the upcoming TCS Marathon.

Another customer is Parveen, a dancer who too lost both her legs and had to give up her passion a decade ago. But today, she’s learning to dance again.

The market acceptance of RiseLegs’ prosthetic legs has been good. The company has so far fitted 37 prosthetic legs. Some of the key differentiators Arun’s product offers are its lightweight material, ensuring customers don’t tire for long hours, different skins for aesthetic value, and usage of renewable raw material.

The cost of RiseLegs is between Rs 20,000 and 40,000, depending upon below-knee or above-knee and comes with all the features – matching skin tones and/or artwork.

Currently, RiseLegs is conducting its trials with CMC Vellore and St. John’s Hospital, Bengaluru, which has increased the trial number from 10 to 100 after seeing the response from existing users.

RiseLegs’ goal is to touch one lakh legs in India alone within the next five to eight years and then expand to Asia and Africa.

The Jaipur Foot has touched 1.45 million lives, it has given me unmatched joy, says D R Mehta

He was blown apart by a mortar and left for dead on a Kargil battlefield. Now, he’s running marathons