Prasad said through this initiative around 26 crore litre of water could be saved in the district annually which would be equal to 500 train loads of water being send to Latur in Maharashtra in view of the acute water crisis there.

He said efforts would be made to include the initiative, probably first of its kind, in the Guinness Book of World Records. Roushan said besides conserving water, the construction of soak pits would help prevent diseases due to contaminated water. He said 11,000 teachers have been imparted training for conservation of water through soak pits.

Despite having Bagmati and Adhwara rivers, the district is witnessing water level going down by around 13 feet and keeping this in mind the step for construction of soak pits has been undertaken.

The campaign has now been replaced to Nirmal Bharat Abhiyan. In order to ensure sanitation facilities in rural areas with the broader goal to eradicate the practice of open defecation, a comprehensive programme called ‘Total Sanitation Campaign’ was launched by Rajiv Gandhi National Drinking Water Mission, Government of India to cover all households with water and sanitation facilities and promote hygiene behaviour for overall improvement of health and sanitation in rural areas.

The programme is demand-driven and people-centered based on the principle From low to No subsidy. A nominal subsidy in the form of incentive is given to the rural poor households for construction of toilets. The key intervention areas have been identified as Individual Household Latrines (IHHL), School Sanitation & Hygiene Education, Community Sanitary Complex and Anganwadi Toilets. The Scheme laid strong emphasis on Information, Education and Communication (IEC), capacity building and hygiene education for effective behaviour change, with the involvement of PRIs, Community Based Organizations (CBOs), NGOs, etc. 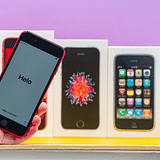 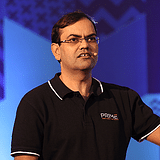