Targaryen, Lannister, Stark, Greyjoy, or Tyrell. Which Game of Thrones House's tactics does your startup subscribe to? 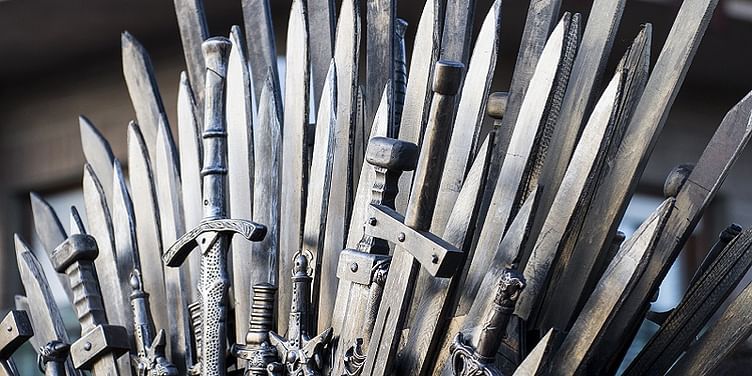 Is Jon Snow dead? Is he alive? But unlike him, we know a thing or two. So while fans wait to find out more in the coming season of Game of Thrones, we thought we could see what the various Houses can teach entrepreneurs. Each possessing different traits, these Houses are poised to provide different lessons for startups and their founders.

Rulers for 300 years, they took what they wanted by force, and ‘Fire and Blood’. Though destroyed by powerful enemies, the Targaryens had friends and loyalists who were willing to take in siblings Viserys and Daenerys under their wings to protect them while they could plot their comeback.

There will be times when as startup entrepreneurs you will need to lay low and gather your energies. While Viserys might have got a ‘crown of gold’ by the Dothraki warlord, Daenerys has been conquering people and places alike. She created a powerful army with the Unsullied - slave-soldiers known as much for their discipline on the battlefield as their unquestioning obedience – by emancipating them and according them the dignity they were long deprived of. As an entrepreneur, it is important to create a team that is well-grounded and passionate, instead of having minions running around doing work that is dictated to them.

Daenerys, like a true leader, transformed an unruly bunch of warlords into a single unit. Your team should be your biggest strength, and you must strive to be a good leader by creating them into a closed-knit unit. However, the Targaryen crash-and-burn approach may not exactly be the best way to handle crisis.

The richest house in Westeros, the Lannisters are always known to pay back their debts. Like Cersi Lannister says ‘Power is power,’ and as an entrepreneur and founder it is important to have a clear idea of the power you have and what can be leveraged for the startup.

Like the Lannisters, you need to become a formidable force to reckon with: they had the power to win a losing war. Look right into the weakness of the market, find the crack and move in to capture the market. However, the Lannisters' infamous ego and overconfidence may lead to downfall.

This has fast become one of the most overused and clichéd sayings, peppering countless Internet memes. But ‘Winter is coming’ simply means that like the Starks you need to prepare and learn. Each of the Stark children flourished under the tutelage of great mentors (the dancing master, Jojen, Commander and even Littlefinger). Like the Starks, understand the importance of a mentor, and be prepared, especially when market scenarios aren’t favourable or conducive. But it isn’t wise to be as risk-averse as the Starks are, as it may lead to loss of opportunity.

House Greyjoy- We Do Not Sow

Like the Iron-born, it is sometimes important to not invest, and take your time. In the early days, bootstrapping may be the way to go, especially since you are trying to figure out the market and space. Like the Greyjoys, entrepreneurs need to learn the ability to fight fires and take on crises with limited resources.

However, House Greyjoy is one House that entrepreneurs can unlearn from as well. The Greyjoys do not believe in long-term investment at all, and this can be perilous to startups, as short-term focus can make startups take on forts and castles that they simply can’t hold.

House Tyrells helped the Lannisters win war. That should say something. Margaery Tyrell, widowed twice over, is still shrewd and sharp enough to face the world. In an unpredictable market, it is important to take a leaf out of the Tyrell book: entrepreneurs should have laser-sharp focus on the end result and what course they want their company to take. However, unlike House Tyrell, you must ensure you do not make hidden enemies within your ally forces and ranks.

Another worthy mention would be Petyr Baelish, or Littlefinger as he is called. Though of no notable House, created a house sigil of his own and possibly holds the most coveted power in Westeros - the power of knowledge. His knowledge helps him orchestrate chaos that ultimately lets him thrive. However, while you can learn planning from Baelish, the chaos bit could be skipped.