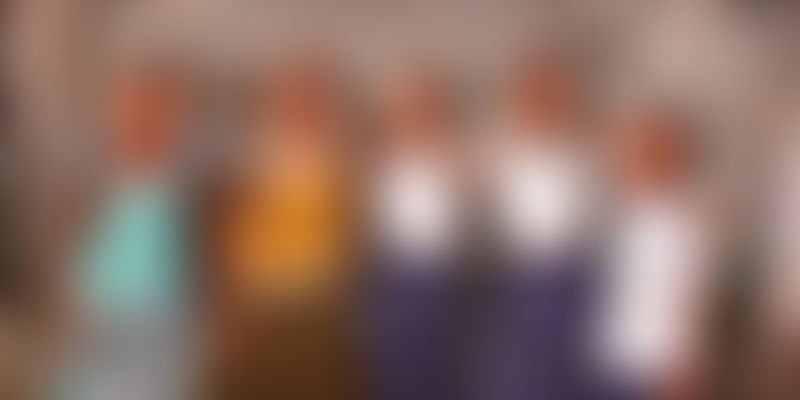 Vidya Gyan, an NGO co-founded by Minnesota-based retired professor Vijendra Agarwal and his wife Indu Agarwal, a doctor, has been working towards the education and well-being of girls in rural Uttar Pradesh. An IIT Roorkee alumnus, Vijendra grew up in Kota in Saharanpur district, before moving to the US in the 1970s, and is now trying to make a difference back home. This year, 233 girls studying between grades 1 to 5 in government primary schools have been awarded Sukanya Scholarships. The funds have been raised from donors based in the US, and the scholarship amounts have been credited into a high-yielding savings account under Sukanya Samridhi Yojana. The hope is that these scholarships will be a significant step toward future financial security, education, and empowerment of these girls. The chosen students are from underprivileged families, studying across 18 government primary schools in Saharanpur district.

Vijendra says, “If young girls are empowered, they can make better choices for themselves and their daughters in the future. The immediate goals include continued education for the girls, promotion of their health through good nutrition, personal hygiene, and pro-health habits.”

India has around 120 million girls under the age of 10, of whom 75-80 million live in rural India and are mostly less privileged than their urban counterparts. Preference for sons, female infanticide, and neglect of the girl child form a vicious chain of issues that is the everyday reality, when it comes to female children in India. Nearly half of India’s girls (47 per cent) are married below the legal age of 18; 18 per cent below the very young age of 15. There is a lack of toilets in rural areas and therefore women are at risk of both health issues, and rape and sexual assault as they often are forced to go into the fields after dark to relieve themselves. The school dropout rates are significant, and fewer girls in rural India have the opportunity to study beyond the 10th grade due to financial issues, social barriers, and the lack of parental willingness due to their own limited education. Female literacy is only 65.5 per cent as against a male literacy rate of 82 per cent.

How Sukanya Scholarships help the girls

The Sukanya Scholarships can be used only after each child turns 18, either for her higher education or her marriage. The Vidya Gyan team held three camps in association with local post offices and initiated the Sukanya Savings accounts on the spot. The parents, particularly the mothers, were coached about the benefits of investing in the future of the girl child during the meetings and how and why they should secure the future of their daughters.

Each Sukanya Scholarship of Rs. 500 has to be matched by parents in equal amount to open a savings account, with a minimum amount of Rs. 1000 required to open an account. Indu says,

We believe in the ‘Partnership with Parents’ model so the parents have the ownership and assume responsibility to keep the accounts in good standing.

The parents are being encouraged to develop the habit of saving Rs.100 per month to appreciate the value of incremental savings. Vidya Gyan hopes that in the long run, parents will stop viewing the girl children as a burden.

The team also organises poster creation and essay writing competitions for high school students to raise their awareness of Beti Bachao Beti Padhao, an initiative that could transform our society if implemented at the grassroots level.

Vidya Gyan plans to hold six to eight camps and award about 1,000 Sukanya Scholarships to young girls using the ‘Partnership with Parent’ model. The team hopes that the camps will be comprehensive to include health checkups with the support of the District Magistrate and other concerned officers. The camp dates will be determined following the announcement of dates for the UP Assembly elections due in late 2016 and early 2017.

Vijendra also wants to distribute stationery to students, since many students lack even basics like notebooks and pens. Another plan is to organise sanitary pads for girls while considering the possibility of women manufacturing low cost sanitary pads locally, so that they can be made available to girls in rural schools. Menstrual hygiene is currently a significant public health issue in rural India, which forces many girls to drop out of the school because of social and cultural inhibition. They will also continue raising awareness about Beti Bachao Beti Padhao among older students through posters and essay competitions.