Why every Indian woman needs to become a catalyst for change 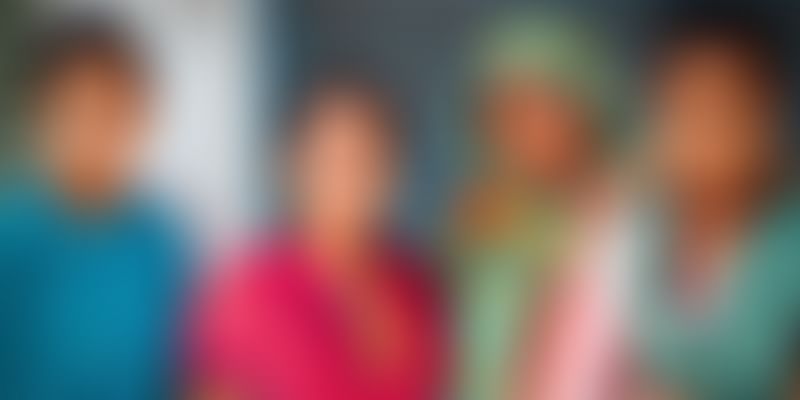 A girl grows into a certain kind of woman depending on what her society demands of her. While a girl is born with a unique genetic disposition that is likely to define her, it’s what the society expects of her that takes precedence over everything else. In India, the ‘image’ of a woman encompasses her physical appearance, governs her behaviour and thoughts and specifies her role and duties in society. While this is also applicable to her male counter-part, the girl is bound more by ‘sacrifice’ throughout her life.

While in the early Vedic period, Indian women enjoyed equal status with men, it’s the decline in that status during the later Vedic period, Colonial and Post-Colonial period, which continues to define the women of today. Subjugation has been a constant in the lives of Indian women in all spheres. Relegated to the four walls of the home, Indian woman even today, are denied good health, education, freedom of thought and expression, careers, independence, safety and identity. For that matter, in many parts of India, the girl child is denied life itself. With all the economic and technological advancements India has made, it’s unfortunate that ‘she’ still treats her women unfairly!

But, every now and then, there comes a woman who rises above the stereotype image, summons strength to battle instability and inequality and hopes to pave way for a better tomorrow.

In a remote village in Uttarakhand, an uneducated Kalavati Devi mobilised women of her village to bring electricity to their homes, which would otherwise have been thrown into darkness after sunset. They fought against government officials and acquired what is considered an essential service. It took woman power to save the environment of Kalavati’s village. She inspired women to cling to trees when men came to fell them. She got the village women to ban alcohol because it made their men unproductive.

Traditionally, in India, widows are labelled as inauspicious. It is believed that they bring bad luck. Widows are denied respect and are expected to lead a life of strict penance. In March, the Widows of Vrindavan tore down this 400-year-old tradition and celebrated Holi. They celebrated the festival of colours and happiness in the premises of a temple and in the presence of temple priests and male scholars. To tear down the stronghold of a strict social norm takes immense courage. It also reflects that injustice itself becomes a catalyst for change when it can no longer be borne silently.

Suzette Jordan chose not to hide her identity after being raped – “My name is Suzette Jordan, and I don’t want to be known any longer as the victim of Kolkata’s Park Street rape.” Two days after she was raped, she gathered the strength to go to the police station to lodge a complaint. In many ways, Suzette made people uncomfortable because she refused to conform to the stereotype of a ‘rape victim’. She was feisty, not downcast or sad. Suzette never accepted being called ‘victim’ because she simply refused to be one. She used a horrific, traumatic crime to emerge as a spokesperson of sorts for the larger issue of violence against women.

Indian women can now legally be the ‘karta’ of the undivided Hindu family thanks to a Delhi girl who fought a case in court against her family. In the court order, Justice Waziri said that the law gave “equal rights of inheritance to Hindu males and females, its objective is to recognise the rights of female Hindus and to enhance their right to equality apropos succession.” Therefore, “there is no reason why Hindu women should be denied the position of a Karta”, he said.

Society calls Vidya Bal and Trupti Desai ‘activists’, for their struggle to provide other women with equality, justice and freedom-all three being Fundamental and Constitutional rights. With one woman fighting on the frontlines and the other battling it out in court, recently, both Vidya and Trupti successfully established a place for women in all temples in Maharashtra, shattering the deep-rooted gender bias and inequality practiced by temples across the state. What is shocking is that the Maharashtra Hindu Places of Public Worship (Entry Authorisation) Act has been in place since 1956. Under this Act no person/s can be prohibited from entering any temple. If in case, such an event occurs, the person/s prohibiting entry are liable to six-months’ imprisonment. It has taken 60 long years for this Act to be invoked.

From these cases, it’s evident that education and economic status are not the defining factors for what these women achieved. They were driven by intent and it’s their strong desire to bring about change that showed them the way. It’s also important for Indian women to realise that there is no shame in resorting to legal recourse if needed. As is obvious from the above examples, the law has helped them bring about a change at the macro level.

One hopes that the efforts of women, who strive to give other women a better life, aren’t wasted. Each Indian woman needs to become a pillar of strength and a catalyst for change to secure a permanent, progressive future for women in India. The answer lies in women recognising injustice, accepting that injustice is unpardonable, and then taking initiative to rectify it. Indian women continuously need to bombard fetters that tie them down to archaic and unjust norms.

In a country where both, men and women, worship Lakshmi, revere Saraswati and fear Durga, it’s time for these female forces to spring out of their wooden frames on the walls and to come to life.