What women can learn from men! 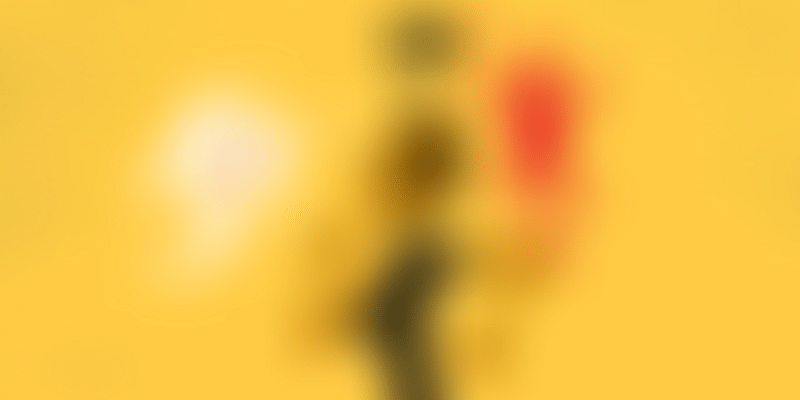 During the last few decades, women have made huge strides in all walks of life. However, there is a long way to go to make up for centuries of stagnation and subjugation in a mostly patriarchal world. As much as I take pride in the achievements of the modern woman, I have to acknowledge that it would not be possible without the support of at least a section of men. So I cannot help but disagree with those who view all men with suspicion and assume they are out to sabotage women’s empowerment.

As for those women hoping for a miraculous, overnight transformation into an equal society, I believe that just as one wins a marathon on a trot and not by sprinting, so can we win the long race to success, equality and progress with a cool head, and not with enthusiastic aggression. But we live in a society of extreme views, where everybody has an opinion that is black or white, and there is no place for grey, cream, or beige.

Women’s rights activist Susan B. Anthony said way back in the 19th century, “The day will come when man will recognise woman as his peer, not only at the fireside, but in councils of the nation. Then, and not until then, will there be the perfect comradeship, the ideal union between the sexes that shall result in the highest development of the race.” As men move forward on the path to accepting and appreciating the calibre and power of the female sex, so can strong, successful women accept the support from the men in their lives, without it taking away from any of their achievements. What’s more, as comrades and co-denizens of our planet, there is much that we can learn from men, as can they from women.

Not treating life as a battlefield

One of the mistakes most women make is thinking the world is a battlefield, whereas most men generally believe the universe is on their side. It is true that women have a tougher path in life – from discriminatory experiences at home and in the larger society to frequently dealing with lewd comments and groping, euphemistically called eve teasing in India. But it is a step backwards if women have to don the metaphorical armour all the time. What is the point of living in a free world, if one cannot take a lazy stroll and stop to smell the roses? So why not pick one’s battles and let the minor stuff go? Why this approach that makes everybody the enemy – the man who holds a door open and gets pounced upon for treating women as the weaker sex? Instead of calling it condescension or chivalry, we could just see it as one person being nice to another. And to the hordes of women who are rushing to condemn me to the stake for being such a disgrace to feminism, there is a nicer way to bring equality into the gender dynamics. You could just hold the door open for the next man who walks out of it! After all, a little extra niceness is what the world needs today.

Setting realistic expectations for oneself

Society sets unrealistic expectations for women. Take for example, the commercial for a popular ready-to-cook brand that has a wannabe Stepford wife asking her family for their breakfast preferences with a smile and going on to cook upma for the husband, dosas for the father-in-law and pav bhaji for the children. Seriously, who even smiles so much on a Sunday morning?! But the most unrealistic expectations are set by the women for themselves. Every woman wants to have a great career, be the perfect wife and mother and have a 26-inch waist. So you have women balking at the suggestion of delegating, at both home and the office. “What??? You think I cannot handle it?” is the typical reaction. Whereas a man would be likely to tackle such situations more sensibly.

Not journeying on the guilt trip

A man might spend four days working late and go hang out with a friend on the fifth evening. But he is not going to wake up in cold sweat after a nightmare where his child accused him of being an uncaring parent. On the other hand, he would continue to describe himself as ‘the coolest dad ever’. This difference is probably to do with how both the sexes are wired. So women can consciously unlearn this tendency and focus on feeling good about what she did right, rather than what she didn’t.

There is good reason behind the lack of popularity of the female equivalent for bromance, which is (rather uncreatively) womance. Men go through the transition from single to married to father with the friendships intact. With women, friends who hang out become friends who call once in a while to friends who wish Happy Birthday on Facebook. The reason behind this has been speculated to be jealousy and rivalry, with women mostly seeing other women as competition. It is said that women are loyal to family and romantic partners and not so much to friends. Maybe, there is a bit of truth there but I think it is more to do with a lack of initiative and getting into a comfort zone. It is said that behind every successful woman is a tribe of other women who have her back. So take a cue from the guys, and hang out with your girlfriends.

A bit of camaraderie and lots of mutual respect is what could usher in winds of change in how men and women perceive each other, and more importantly, the synergy will lead to progress and peace. I think that all of us, whether men or women, should also learn to take things more lightly. Like Woody Allen said, “If people had more sense of humour, we would live in a very different world!”