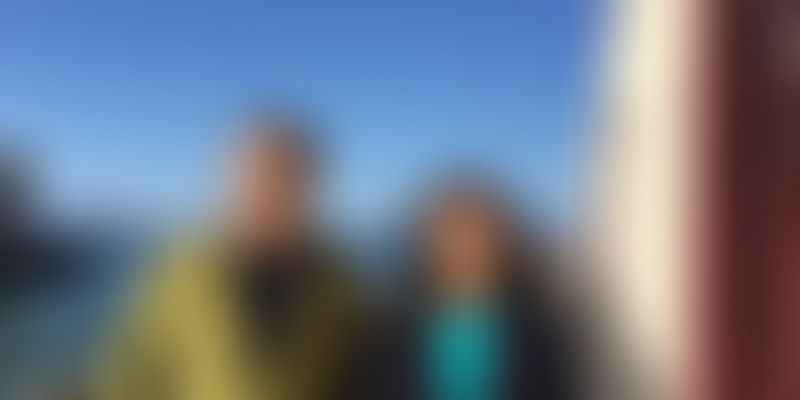 It’s a common sight to see people playing their favourite games on their phone while waiting for a bus or a metro. There can be nothing more engaging than a game, and if you add a puzzle to that mix, it becomes all the more interesting. It was this key idea that created Amuse Labs and their product Puzzle Me.

Amuse Labs aims to make learning and knowledge sharing easy and fun using gamification. Their product Puzzle Me enables anyone to create fun and engaging multimedia crossword puzzles and quizzes on any topic. The idea came to Sudheendra Hangal and his wife Jaya Hangal in 2013, while he was working at Stanford University. The husband and wife duo wanted to build something easy and fun for youngsters to engage in Indian classical music.

Finding a missing piece of the puzzle

We thought a puzzle format with multimedia clips in it may be just the right thing to do. Then we met our Co-founder John Temple, who was a Journalism fellow at Stanford, and happened to tell him this idea in passing. John had been Managing Editor at the Washington Post, and knew that quizzes and games have the highest engagement with online consumers, says 45-year-old Sudheendra.

John in turn realised the underlying potential this could have and he convinced the duo that there’s a gap to fill just by making it possible for anyone to create interactive games on any topic. Simultaneously, Jaya and Sudheendra were planning to move back to India and were looking at Bengaluru, Delhi or Pune.

However, they picked Dharwad in North Karnataka to startup. Meanwhile, John remained in the US, allowing them to retain connections to international customers. Sudheendra has a Ph.D in Computer Science from Stanford University. Jaya was a member of the team that developed Java at Sun Microsystems. John was the President at First Look Media.

While in the past most games and puzzles have been created by experts and syndicated across several publications, Puzzle Me attempts to democratise this process. The platform enables any kind of crosswords and quizzes to be created in a few minutes by just typing in a few (typically 10 to 15) questions, answers, and media links.

Crosswords can be played digitally on any device including mobiles and tablets. The clues can incorporate multimedia such as pictures, YouTube videos, images, or audio. All of this is customisable. There are automatic layout algorithms, multi-play mode lets friends play against each other, printable version of the puzzles and advanced analytics

Gamification today isn’t just becoming big in terms of content, small and large industries across board are using gamification to either engage with consumers or even help in training and development. According to a MarketsandMarkets report, the global market for gamification is believed to touch $11.10 billion by 2020, with a CAGR of 46.3 per cent.

Today there are many big players like SAP, Salesforce, and Microsoft venturing into the space. There are also other players like Gamify, Foursquare, Gigya and vendors like Badgeville, Bunchball and Bigdoor Media. Apart from these, there are several Indian startups like Greykernel, which uses gamification in education, and Playlyfe, which helps you create your own gamified app.

OCTRO, founded in 2006, is one of the number one mobile gaming company in India, with Teen Patti and Rummy being the top five games in multiple categories in Google Play Store. There also is the famous Nazara Games, which collaborated with Virat Kohli to create a mobile game on cricket; 99Games, which was again built successfully out of Udupi. And there is Indore-based Twist Mobile, which was founded in 2015.

“Apart from the technical challenges (developing proprietary algorithm that can lay out words in a crossword grid well to a smooth multimedia user experience for mobile devices), our main challenge is to educate our customers about the infinite possibilities of gamification so that they make the best use of the product,” says Sudheendra.

Puzzle Me has publishers like Washingtonpost.com, Spain’s El Pais, Hindustan Times group, Philippines’s Rappler.com, and Brazil’s Folha de São Paulo as their clients. The team claims that even government agencies in the US have used the platform to communicate issues of public health. The team refused to share the revenue details. Having international and multi-lingual customers, the product also supports several languages.

Currently bootstrapped, Amuse Labs follows a freemium model where individuals can play and create free puzzles for non-commercial use. Commercial users pay a subscription fee, for which they are provided an entire lifecycle, including a higher level of support, help in puzzle creation, access to analytics, embed codes to run the puzzles on their own sites, customisation of look and feel and social sharing features.

“We will continue with our mission of using gamification to make learning and knowledge sharing easy and fun and may introduce other products along this line. Apart from signing on more publishers, educators and hobbyists, we envisage many different use cases for our products such as individuals using it to playfully share memories with loved ones, or a college community using it to engage their alumni. We can also look into sourcing puzzles automatically using data mining, given that we have deep natural language processing expertise,” says Sudheendra.