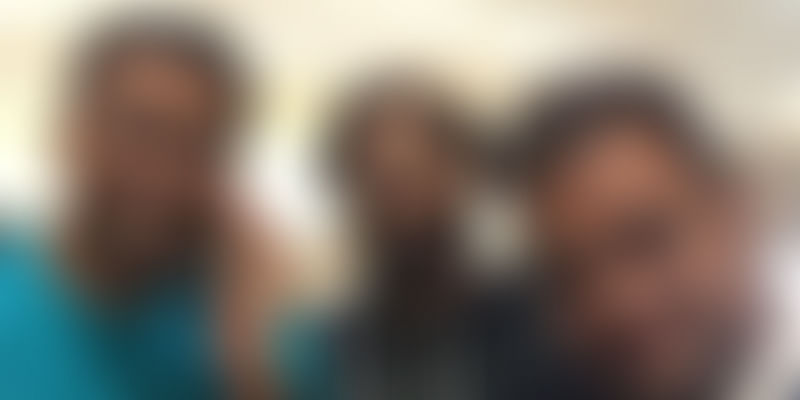 The World Health Organisation estimates that globally two million people – more than half of them in developing countries – die every year from air pollution-related causes. The underlying issue is global and requires large scale interventions and government bodies to make enough impact. But there are preventive steps that we can take as individuals to protect our health.

Ahmedabad-based Oizom has developed a mobile app that helps users analyse and compare the ‘real time’ air-quality of about 100 cities around the world. Their aim is to help users take necessary precautions and plan their day-to-day activities without exposing themselves to air pollutants unnecessarily.

Users need to install the app and pick one of the 100 available cities. Then Oizom provides users with real-time air pollution levels, air quality statistics, and alerts every time there is a change in the pollution level in their city.

Users can also compare the air quality levels of their city with other global cities to see how they differ. Oizom’s database also contains information about the different pollutants measured in parts per million (ppm) present in the air. Currently, Oizom obtains raw data from publicly available sources (such as Indiaopendata), but in the near future it aims to deploy its own IoT devices to provide more accurate data for both outdoor and indoor air pollution monitoring.

Founded in October 2015 by Ankit Vyas (CEO), Vrushank Vyas (CDO), and Sohil Patel (CTO), Oizom works in the area of clean-tech products and solutions. The founders had known each other for a long time, being a part of the maker community and were also previously involved in different service businesses, which they claim are currently self-sustainable.

They wanted to work on something that had a direct impact on society and decided to come down to the fundamental basics of life – air, water, and food. Ankit said,

Air quality is often the most neglected as it cannot be estimated by human eyes. It is easier to see contamination in food and water.

So utilising the funds generated from their service companies, the team started conceptualising air-diagnostic products for different possible scenarios. After R&D, testing and calibrating, Oizom currently has three market-ready products in their portfolio and few orders which have already helped them break-even on their investment.

Oizom claims that their products are enabled with highly accurate sensor systems to measure the air quality for personal, indoor and outdoor applications with more than 98 per cent accuracy. The startup currently consists of a 16-member team with Nilesh Parpalliwar, COO and lead industrial engineer heading operations hands on. Nilesh said,

Our sensor-based technology enables compact air quality monitoring devices at various sizes – from pocket size to the size of a small suitcase. Much cheaper and mobile with lower power consumption, these devices can be placed at various places without any problems.

Currently bootstrapped, Oizom added that they are in talks with angels and VCs to raise funds to get into industrial manufacturing channels for their products. The startup also added that they have received a few orders from government and private organisations and are also in talks regarding smart city requirements and NGO activities. While the current focus is on air pollution, Oizom’s long-term vision is to offer a wide range of IoT solution for problems related to air, water, and soil pollution based on intelligent data science.

Air pollution is a global environmental issue that increases the risk of respiratory and heart diseases. Both short- and long-term exposure to air pollutants have been associated to health impacts. These impacts are more severe in people who are already ill, children, elderly, and the poor, states the WHO.

A recent study estimated that 13 out of the 20 most polluted cities in the world are from India. So there is an urgent need for citizens to take precautions and avoid exposing themselves to high levels of air pollutants.

Air pollution is a growing concern in developing countries and China too is severely affected. In February 2016, Airvisual.com, a Beijing-based startup, announced their intentions to feed air quality data to a worldwide network, providing up-to-the-minute information on local conditions as well as three-day forecasts.

Oizom is a well-designed app that makes good use of data and visual tools to educate and inform people about the air they breathe. The ‘comparison feature’ is an interesting and informative feature; it allows users to add multiple cities across the world and compare pollution levels.

The ability to track pollution levels at different times during the day and notice the changes on a graph add the appeal too. The app also includes a social feature and users can share data over social channels with friends and family.

While it lives up to expectations, Oizom can do with some minor tweaks too. We noticed a few typos in the app and also found that the ‘hourly’ pollution tracking feature didn’t work for some cities.

While the app provides relevant information, there is currently no call to action on how users can protect themselves. Ankit responded that they are working on this and will be launching an IoT-enabled mask(which can pair with the app) that people could wear while entering areas with high air pollution levels.

Utilising the power of smartphones and advances in IoT technology, Oizom aims to make the masses more aware of pollution both indoors and outdoors and take necessary action to protect themselves. Their MVP looks promising and it will be interesting to see how they scale their platform further and provide more accurate information and preventive tools going forward.