[App Fridays] Need to keep a tab on your internet data consumption? Smartapp has you covered 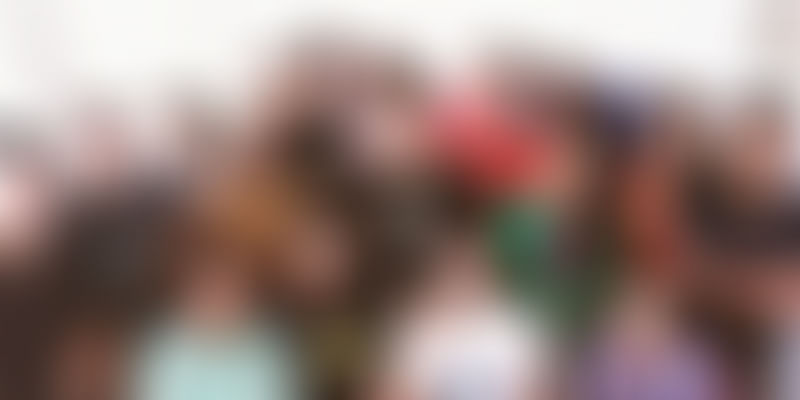 Most smartphone users don’t really know how much Wi-Fi they consume on their devices these days. Some are surprised when they see the numbers going into many GBs,” says Deepak Abbot, COO of Smartapp.

Positioned mainly as a data usage tracker, Smartapp helps users save money by keeping track of their Wi-Fi and 3G usage on both prepaid and postpaid plans, and across multiple global carriers. The app also lets users view weekly and monthly trend analysis apart from daily reports. To gain more insights, users can also track their 3G or Wi-Fi usage on a map-based user interface.

While travelling, the app also provides support with ‘International Data Roaming’ tracking features and the ability to add roaming packs. The Smartapp Android version is available only for Indian users while the iOS app works globally and is available in multiple languages like English, Spanish, Portuguese, and French. The Android version includes an additional in-app recharge feature not available on iOS.

Related read: Surge times: Why I became an Uber driver

Smartapp was initially launched only on Android in January, 2016, with prepaid users being the main target audience. Deepak admitted that the iOS version came up as an afterthought based on the success of Android. Talking about the market opportunity, Deepak says,

The time spent on traditional voice calling has gone down in the last few years. But the time spent on apps over 3G and Wi-Fi data consumption has drastically shot up. Also in terms of PPP, internet data is quite expensive in many markets like India and Indonesia.

Developing Smartapp for Android and iOS required different strategies. Deepak added that while Android gives developers access to USSD codes and other integrations, these are not available for iOS. So the Smartapp team developed the iOS app after getting access to specific APIs from Apple. At this stage, Deepak realised that it would be possible to make the iOS app globally available with a little effort and local language integrations.

The team started seeing immense growth after being featured on Product Hunt and after Apple chose to feature Smartapp on their homepage in 11 countries. Deepak says,

India, Japan, and the US are our top three markets for iOS now and almost all our growth has been organic.

The downside of iOS version though is that because of certain restrictions by Apple, it doesn’t have a recharge recommendation feature. But on the plus side, users don’t need to sign up or login to use it. Deepak added that they will solve more pain points and include more social features in future versions. While the app has done well globally, the team found little success in countries like France. Deepak says,

Most users in France are on 20GB internet packs and hence they weren’t too concerned about tracking usage. So we realised that our focus should be on markets where data is expensive and where users are on limited prepaid plans.

Smartapp’s short-term focus for the coming months is to gain more traction in markets like Brazil, Italy, Germany, and China by introducing local language support. For Android, they aim to go deep into the Indian market. Deepak adds,

India is our main focus. As a largely prepaid market, India provides a great opportunity for growth. We have only reached the tip of the iceberg and cracked 10 percent of the market and problems.

Smartapp’s goal is to help users optimise 3G/4G data access, suggest appropriate data plans, and save money by not going overboard. Says Deepak, “People associate cashbacks with saving money on recharge, but we want to change that mindset. If you are smart about your data, you can anyway save money.”

For iOS, Smartapp will eventually move to a freemium model where users will get access to basic features and will need to pay to unlock premium features. They are also working on a widget for Macbooks to help users track cumulative data usage across different devices.

Worldwide smartphone growth was flat in Q1 of 2016, according to IDC, because of decline in sales of Apple and Samsung and also saturation in developed markets. But emerging markets like India still have tremendous growth potential.

A report by IAMAI and KPMG projected that India will reach 236 million mobile internet users by 2016, and 314 million by 2017. Hence, there is a great market opportunity for Smartapp and competitors like Accel-backed Mubble and My Data Manager to go after.

The user interface is pleasing and with the data insights it provides in the form of numbers and graphs for different timelines, its appeal is enhanced. The in-app recharge feature for Android recommends suitable plans and also lets users select multiple recharge plans for one transaction.

Adding Dual SIM support for the Android app would be a useful feature, and Deepak confirmed that this is in the pipeline. The daily limit and map-based UI on iOS are interesting features, but we found that the location tracking wasn’t always accurate and could be improved further.

On the whole, Smartapp lives up to its name and provides an interesting value proposition for both Android and iOS users. It will be interesting to see what features are added in future iterations and how the team goes after different markets.