Who is Bhaavna Arora? ‘The Deliberate Sinner’ or a ‘Mistress of Honour’? 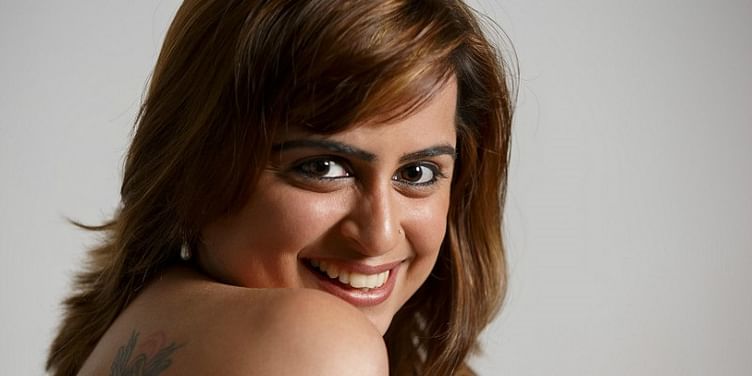 “All the world’s a stage,” said Shakespeare, and it resonates to this day, as we are all playing our roles in the journey called life. How content we are with our lives depends on how well we do justice to all our real-life roles. By this yardstick, Bhaavna Arora could only be described as a diva on the magnificent stage of life. Author of two bestselling books –The Deliberate Sinner and Mistress of Honour – is just one way of introducing Bhaavna. Corporate leadership trainer, former academic, a devoted daughter, and a much adored granddaughter are other descriptions.

Bhaavna’s debut novel ‘The Deliberate Sinner’, published in June 2014, explored themes like infidelity and sexual dissatisfaction of women within a marriage, and has sold more than 60,000 copies. The novel was at the top of Amazon’s bestsellers list for several weeks. I am curious about how a first-time writer, however good her book might be, made it to the bestselling league despite being an unknown name. Bhaavna is very forthcoming about the secret behind her success, “Marketing is very important. There are writers who might publish a good book and then sit back for the sales to happen. That’s not going to work.” Bhaavna says that with a good marketing push, books by new authors start doing well, but the key is that the content has to be good in order to live up to the expectations created by all the publicity.

Bhaavna’s second novel The Mistress of Honour, which came out in June 2015 sold 10,000 copies and has gone into reprint. If she finished her first book in just a month, The Mistress of Honour, whose protagonist is in the Armed Forces took her several months to research. Being the daughter and sister of Army officers, the ways of the Indian Army are very familiar to her. Still, she took her research very seriously as she did not want even minor errors to creep into the semi-autobiographical book.

Bhaavna pledged her royalties from the book to support the protests by Army veterans for the OROP (One Rank One Pension) scheme. So passionate is she about the OROP cause that she even got into a Twitter war with author Chetan Bhagat who tweeted against it. “I respect him as an author, but in this particular situation, he was making statements without understanding the implications of how swaying the public opinion could impact the lives of our soldiers,” explains Bhaavna.

Candid and passionate, Bhaavna loves talking about anything close to her heart. In fact, the only detail about herself that she refused to divulge was her age! When it comes to matters of the heart and marriage, I ask her if she a cynic, given the themes in ‘The Deliberate Sinner’. “No, I am not,” clarifies Bhaavna, “I personally know so many beautiful marriages, but yes, the institution has evolved. I want to get married when I am a 100 percent in love. I want to see the moon and rainbows and unicorns when I meet the man who sweeps me off my feet,” she laughs.

Bhaavna has had a colourful childhood growing up in different parts of the country. Though originally from Patiala, she does not call it home. Like a true Army kid, she says she finds it hard to put down roots anywhere. “I am a wanderer,” she says. “Being fourth-generation Army children, my brother and I pursued our schooling from Army Public Schools in different places based on where our father was posted.” Right now she shuttles between one grandmother’s residence in Bangalore, another grandmother’s place in Srinagar and her parents’ house in Patiala. “My family is my strength and support system, and I get thoroughly pampered by them, especially by my grandmothers.” Though her car, a much loved Audi TT coupe, and her dogs, again much loved and charmingly named Gabbar and Thakur, are in Bangalore since it is where she spends most of her time, she shies away from calling the city her home either.

After completing MBA from Bangalore University, Bhaavna’s initial foray was into academia. She was a director at

Krupanidhi School of Management that was in its inception stage. Under her leadership, the institution was chosen as the “Best Upcoming B School in Asia” by KPMG. She quit to focus on her writing. Her upcoming book, which will be published by Penguin Books, is due for release in August 2016. The book explores bisexuality and has two female characters falling in love. “Love is love and should not be slotted into rigid definitions or judged,” feels Bhaavna. Bhaavna admires Sidney Sheldon and Shobaa De for their uninhibited writing style and catchy plots. Her recipe to tackles her lows – “a good movie, a glass of wine, and my pets.”The mystic

For I am the shameful and the magnificent one.

These contradictions could easily define Bhaavna. On the one hand, she is decidedly adventurous in her tastes, be it her love for horse riding or racing her Audi. On the other hand, she has been sponsoring a young boy’s education for the last 12 years and proudly tells me he has scored 75 percent in his board exams, and will be enrolling in college soon. She also narrates an anecdote from when she was interacting with soldiers posted in forward areas for her book. Before ending the call with one of the Army officers, he requested her to play his favourite song I Wanna Know by Alesso on YouTube, since he did not have Internet connection, and was craving to hear it. She changed her dialler tone to the song so that he could just call her and listen to the song whenever he wanted to. “Sometimes little things you do can make a big difference to somebody.” says Bhaavna. She signs off with this advice to aspiring writers, “You must believe in what you write. If you don’t believe in your story, no one will.”