Business lessons from the man of the moment - Donald Trump 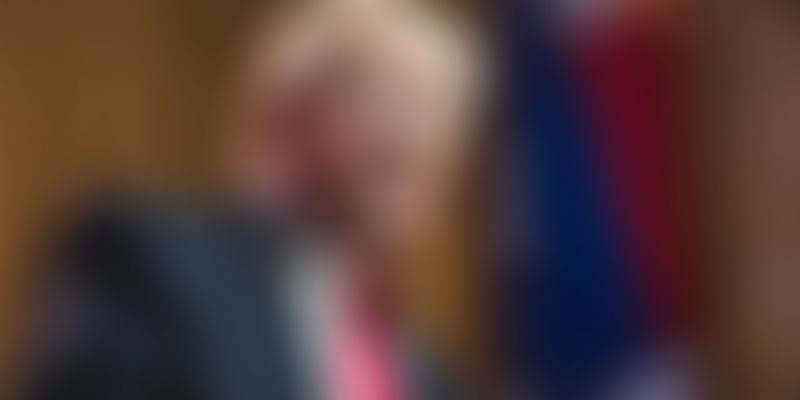 Man born with a silver spoon, a gadfly, rabble-rouser, demagogue… you may have a thousand ways to describe your dislike for Donald Trump, the Republican presidential front-runner in the US, but you can’t overlook the business acumen of this real-estate mogul, who declares his net worth at a staggering $10 billion. (Forbes disputes the number and places it at $4 billion).

Whatever be the correct number, there is no denying the fact that Trump has doubled and tripled his money ever since he joined his father’s company, Elizabeth Trump and Son—which focussed on middle-class rental housing in Brooklyn, Queens and Staten Island—while still in college.

Also Read: What are you building – a business, product or hack?

In the seventies and the following decades, Trump moved to Manhattan and became involved in building projects that earned him high profits and public recognition. He turned the bankrupt Commodore Hotel into the Grand Hyatt, opened the Trump Tower in 1982, invested in the casino business, acquired the Plaza Hotel in 1988, bought a fleet of Boeing 727 airplanes to form Trump air shuttle service in 1989, was executive producer and host of the NBC reality show The Apprentice, saw his net worth decline in the nineties but came back to soar even higher. He has authored books that give entrepreneurial guidance, such as Trump: The Art of the Deal, Think Big: Make It Happen in Business and Life, Trump 101: The Way to Success, Trump: How to Get Rich etc.

We enlist some harsh but effective Trump traits for building a business:

Learn the art of deal-making: Keep the style of deal-making simple and straightforward. Aim high, and then just keep pushing and pushing to get what you’re after.

Also Read: How to build your personal network from scratch

But don’t do it for money: Money is not that important, it’s just a means of keeping score and playing the game. Don’t build business just for money. Do things because you enjoy doing them.

Trump works seven days a week and hardly takes a vacation. For Trump, the non-stop working style is not for money but a passion for his business.

Build a brand: The brand Trump is as diversified as products available in the market. Trump is not just a businessman but a brand in himself. He has been able to leverage this name because it’s unique. Trump Tower, Trump Hotel, Trump Casino, Trump golf course, Trump University, Trump Books, Trump Mortgage, Trump Shuttle, Trump Merchandise, Trump Ice (a line of bottled water), Trump Vodka, Trump Steak and many other Trumps. However, the Trump brand stands for quality, as claimed by the company. To build a brand, you have to get the word out.

Get great employees: You can’t achieve great success without having really good people around you; and you have to keep those people motivated. Never trust them too much. You always have to stay on top of them and have to be smarter than your people.

Stay focussed: The eighties was the heyday for Donald Trump. During this time, his net worth rose to an estimated $1.7 billion. He was minting all the money from real estate, with some failures, when the slowdown hit the realty market in the early nineties. It caused a massive loss to the Trump organisation and Trump’s personal wealth slumped to $500 million. He fought to survive till 1995 and bounced back in the business to a $2-billion net worth by 1997. According to him, though the he was in his prime in his eighties, after the huge loss, he built a much large business and company. Learn your subject, stay focussed and conduct your business passionately.

Never ever give up: Whatever you do, never give up. The only time you will be a failure is if you quit trying. Only losers quit. The biggest losers are the quitters. Winners keep going on.

It seems really sound advice from a man who promises to bring his business acumen to the US presidency, if elected. And whether you like his views on other topics or not, it will be well worth following his advice in matters of entrepreneurship.