Tale of Two Indias – Urban women are having fewer children and better quality of life, but rural women are still dying in mass sterilisation camps 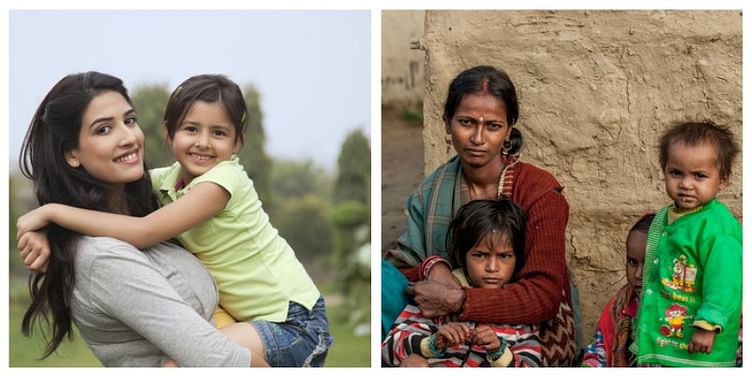 Ranjita Suryavanshi went to a sterilisation camp near her village in Chhattisgarh to get a laparoscopic tubectomy along with her 26-day-old son, leaving her two older children at home with her mother-in-law. She had told her husband she would be back home in time to serve him lunch. All her neighbours, who had undergone the procedure, had gone back to their daily routines within a few hours. But when she returned in the evening, she felt unwell and complained of a severe pain in her abdomen. She was admitted to hospital, but died four days later. The doctor who had conducted the procedure on her had performed tubectomies on 83 women in less than five hours; it was later likened by witnesses to an assembly line. The doctor was arrested for negligence after 14 of those women died. But such camps continue in the hinterlands of India.

India is a land of contradictions, a country where educated, well-to-do people living in cities have more in common with people living in western countries than they have with their rural brethren. So the huge disparity in fertility rates, as well as quality of life, in rural areas when compared against big towns and cities is to be expected. But what is shocking is that even now, women are dying due to botched surgeries in mass sterilisation camps owing to negligence and extreme unhygienic conditions.

In 1952, the high population growth rate was identified as cause for concern and India became the first country in the world to launch a family planning campaign. The country’s family planning campaign with catchy slogans like ‘hum do, hamare do’ along with better access to medical facilities, higher female literacy as well as greater participation of women in the workforce have all led to lower fertility rates in Indian cities.

In urban India, the number of children born per woman has fallen to levels lower than in countries like the US, France, and Australia. Better education is certainly a huge factor behind this since according to census data, the more educated a woman is, she is likely to have fewer children. The average fertility rate for women who are graduates and above is 1.9, whereas it is 3.8 for illiterate women.

Census data also shows that over 19 million women in India have given birth to seven or more children, and 15 million (80 per cent) of them live in rural areas. There is certainly a decline in the number of children per woman in the rural areas too. But the issue here is that the decrease is not due to better education, improved healthcare or increasing awareness. In fact, despite options like oral pills, condoms, and intrauterine devices, there is still poor usage of contraception for spacing between children among rural women. Women who have two children or more are often made to attend government sterilisation camps by health workers who get paid for each woman they bring in.

This method of permanent birth control called tubectomy, in which a woman’s fallopian tubes are surgically tied in a hospital procedure is actually a simple one that normally requires a day of bed rest. More than a third of Indian women undergo tubectomies, as compared to the 1 per cent of men who undergo vasectomies, which is an outpatient procedure that is easier, cheaper, and simpler to reverse. The reason behind this disparity is social norms around masculinity, which equates manhood with sexual potency. Also, vasectomies are not free, whereas the women who attend the ‘free’ sterilisation programmes are given various sops, monetary and otherwise, due to which they are often coerced by their husbands, other family members, and health workers to attend the same. In the camp attended by Ranjitha Suryavanshi, each woman received a Rs 600 incentive from the government, whereas health workers received Rs 200 for each of the women recruited by them.

In many such ‘camps’, the women are herded like cattle into unused buildings or even open fields where a small team of doctors perform tubectomies on hundreds of women in a few hours. There is often no time to even wash the equipment between women, forget sterilising them. When there are less risky contraceptive options like vasectomies and IUDs, these kind of camps still continue due to apathy, ignorance and greed. The need of the hour is to increase male engagement and gender-equity counselling in family planning services.

Researchers at the San Diego School of Medicine studied the impact of counselling Indian men as part of a trial family planning programme. It was proven that men were more open to adopting safer contraceptive practices and there was even a marked reduction in marital violence, following the same.

A nation cannot grow without quality healthcare being made available along its length and breadth. All it requires are changes at the policy level and strict implementation at the grassroots level. Often the government ends up paying huge amounts of compensation to the families of victims of such botched procedures. Instead, initiatives to bring about an overhaul of the system can lead to lasting progress.