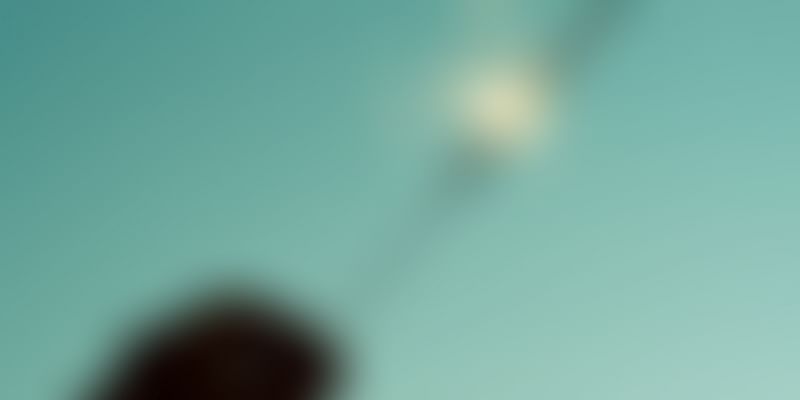 Indian IT industrialist and co-founder of Infosys, Narayana Murthy, recently mentioned that there is no ‘earth shaking’ idea that India has given to the world in last 60 years. It’s a grave observation especially coming from a doyen of the IT industry and an eminent entrepreneur. But Narayana is not wrong. The data strongly corroborates his findings. India fares poorly in all innovation indexes, some of which were analysed in my previous article in YourStory.

There are many who talk highly of our scientifically evolved and innovative sages and many more who take pride in our inherent ability to do frugal, grassroots innovation like Jugaad. It’s ironic that a country so proud of its ancestral innovations seems to have had its creativity frozen in time. While the world has moved on to significant and disruptive innovations that impact humanity, our appetite has been ostensibly satiated by the apocryphal stories of zero, pushpak vimana and random, low-impact jugaads.

The reasons why India and more specifically Indian businesses lag in innovation are deep and fundamental. Even the R&D undertaken by large Indian companies seems to yield incremental, marginal results. It is unfortunate that all levels of the industry pyramid – from the unorganised enterprises to listed companies – innovation seems like an afterthought. Sadly still, the belly of the pyramid, i.e MSMEs (micro, small and medium enterprises), which should be at the core of a democratised innovation culture, stands at a distant periphery.

Why is it that India, even with its huge demographic dividend, is not able to break the glass ceiling? And more specifically, what socio-cultural barriers hinder innovation in our country?

Here below are five key socio-cultural comparatives that may give us real answers:

The socialist bias in our post-independence economic policy ensured a sense of skepticism towards private enterprises. Add to this the challenge of large subsistence farming populace, low formal education levels and limited number of government jobs. This created a paradox: on one hand, policies and bureaucracies that had limited ability to create jobs and simultaneously averse to private enterprises and, on the other hand, lack of employment opportunities that increasingly forced families to start businesses. The result of this push and pull were businesses that brought in faster cash flows to sustain a family and with least resistance from the system. And so it evolved that commodity trading, repair shops, and retailing became the staple for anyone with an appetite for ‘business’ – lower investment, faster cash flow, no innovation risk and much less government dependence. These were in the true sense merely ‘salary-substitution businesses’ that aimed to create cash flow to maintain the promoter’s lifestyle. The first couple of million in profits from the business went into purchasing a house or car. Subsequent millions went into a second house and car, and so forth.

However, innovative enterprises require reinvestment of earnings into the business. India’s cumbersome government policies and bureaucratic challenges ensured anyone venturing into manufacturing needed a pocketful of ‘chai paani’ (bribes) instead of ideas and an enterprising spirit. Most people gave up. They were happy to have salary-like cash flows under the guise of business. Real entrepreneurship went missing. Today, we continue to be at the lower end of the business value chain, BPO and software services included.

The genesis of ‘more for less’ attitude of Indian consumers lies more in low per capita income than in our much-celebrated ability to evaluate ‘real value’. Bargain hunting may be a good way to exemplify the boons of capitalism or illustrate demand-supply concepts but deeper down it’s a bane for innovation. Innovation demands long-term investments and to be sustainable it depends on the market’s ability to encourage and pay a premium. If the market isn’t ready to pay for that upgraded Intel chip or iPhone, the Moore’s Law can never be true.

The markets in India have a bias for ‘more for less’ and hence the incentive for a small business to invest in new technologies becomes constrained as well. Even at the top of entrepreneurship pyramid, i.e large corporations, the weak culture of innovation ensured there were no role models for MSMEs. These large companies faced a similar market – the bargain hunters – and as a result squeezed the smaller suppliers with lower margins instead of collaborative product developments. They encouraged lower cost over innovation, using the euphemism of improved efficiency. This is true even today in most manufacturing sectors, particularly Indian automobile supply chains.

The absence of social security, poor insurance penetration, and rudimentary agricultural practices that depend largely on monsoon, have ensured the battle for the family is still about basic necessities and not creation. Innovation demands creativity. Following a path of creativity is risky. This battle for basics leads to a preference for predictable paths and a collective culture that discourages deviation from the known. And for those who did try breaking the mould (and failed) didn’t receive a pat on the back of “well tried”. They instead got many versions of “I told you so!” Thus we have created a ‘safe playing’ society – routine education paths, routine jobs and routine businesses. Risk-taking has been a taboo! It still is, for both businesses and individuals. It starts from schools and continues thereafter.

The SME lending models across the formal financing sector give high weightage to vintage, profit and, most importantly, collateral security. There is little to nil importance given to strong ideation and ability to innovate. With this mindset, its difficult for banks to appreciate or evaluate balance sheet intangibles like goodwill and intellectual property (IP). The financiers have frowned upon diversification and encouraged ‘follow the routine’. It is difficult for any small enterprise to find adequate financial backing for a greenfield project without collateral. The parallel finance system was limited to money lenders, where the interest you paid quickly grew bigger than the principal itself, even before you could say “show me the money”. With the advent of angel investors and VCs, access to capital has evolved in last few years, especially for new age tech and IT-enabled startups. For small manufacturing businesses, the situation is no different, even today.

In his recent commentary on section 377 of the Indian Penal Code, MP Shashi Tharoor quoted his father on India being both the largest democracy and largest hypocrisy. It’s caustic but has a bitter truth and apt reference for our case on poor innovation. At one point, we ensured the exit of videshi (foreign) companies under the pretext of encouraging swadeshi (indigenous) but continued fancying imported gadgets and imported cosmetics. We desperately needed capital and technology but criticised FDI. Watercooler discussions often quoted Singapore as an example of cleanliness but we continued to throw garbage, roadside or road middle, as per convenience. Indian businessmen talked about honesty but were okay to grease the system, as long as their substandard products were accepted in government orders. Protectionism from better technology from outside seemed like a birthright. They were against the burden of corruption but ‘doctoring’ of financial statements to evade tax seemed no burden on conscience! Then there were willful defaulters who under the guise of ‘legitimate’ businesses took advantage of inefficient laws and judicial processes.

While the system was the way it was, the MSMEs have a share in the blame too. The only time they seem to have acted collectively was to protest a levy or imports, and rarely against the unreasonable demands of a corrupt officer. There is hardly any self-regulation that umpteen industrial associations undertake. The beauty of democracy is in responsible collectivism. Imagine if all the MSMEs in an industrial area decide not to cave in to the demands of the corrupt sales tax assessor or the blackmailing of the pollution control board officer! The beauty of hypocrisy is in half-truths and conveniences. It has been a convenient arrangement that encouraged the status quo and, by extension, eliminated the need to innovate.

I’m conscious that these comparatives may seem like the essence of all things wrong and somewhat generalised. And yes, there are exceptions in each case. Your weightage for each of the points may differ from mine, depending on your personal experiences. But the core challenges remain. The objective is to understand the socio-cultural paradigm that had constrained us. We do see signs of bolder risk-taking, innovation and entrepreneurial spirit amongst the IT-enabled startups, but the real change would be to see similar confidence in manufacturing startups as well.

Happily there are changes coming, albeit at a much slower pace. Some are driven by businesses and some through the government intervention. It is heartening to see encouraging signs in policymaking that cover most of the challenges through a holistic approach. It has started well with the government taking a comprehensive view of social security. The enablers like CGTMSE, ASPIRE, SFURTI, and MUDRA Bank would need to execute better. Simplified taxation concurrently with tighter black money laws would help the cause. As would bankruptcy regulations that recognise that businesses can fail and encourages genuine failures with a reasonable second chance without the ignominy. These and many other enablers, if executed well, can help us build an innovation revolution of sorts.

I just hope it happens sooner.