Learnings from building a cloud solution for the emerging 2 billion 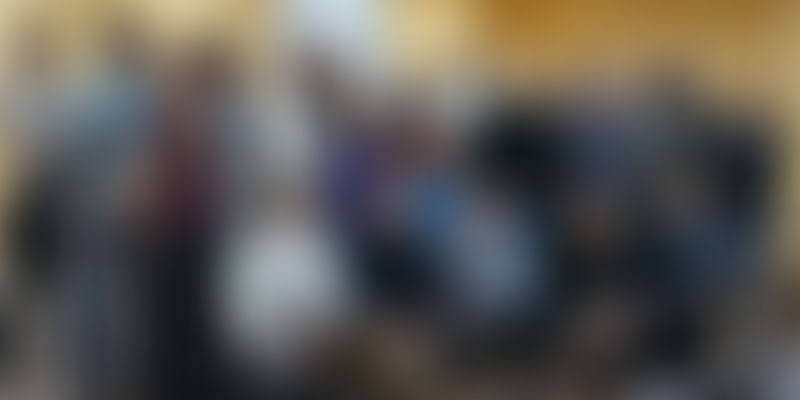 Back in 2013, cloud software in the public mind consisted of Dropbox, Microsoft, and Google’s ‘one-size-fits-all’ solutions. If you wanted to get into cloud, the smaller freemium cloud startups had just started to fold (BitCasa, SygarSync) and overall, most insiders would’ve warned against trying a cloud startup.

Yet, mobile service providers (MSPs), like AT&T and Verizon, were rolling out their own cloud platforms – quietly occupying a surprising 35 percent market share. When we examined their cloud services, having worked on LG’s potential cloud platform, we knew we could do better.

With that vision, in 2013, myself and five other ex-LG cloud employees launched Cloudike to take our own swing at MSPs across the world.

We would later find out the ‘marching’ was the easiest part on the path to global startup success.

In search of cloud

We started by looking to regions that were still growing their network infrastructure and were a couple of steps away from needing cloud usage. This included Southeast Asia, eastern Europe, and the Middle East. In actual terms, we were targeting roughly two billion people.

The market research was very promising. In regions like eastern Europe, nearly 81 percent of all Internet users in 2015 were accessing the web from their phones, processing close to 550,000 terabytes(TBs) a month; in 2016, that number is expected to jump to 87 percent of mobile Internet users processing 950,000 TBs a month in the region.

In other regions like Southeast Asia, countries like Vietnam and the Philippines have just started scratching at the growing number of cloud users thanks to increased web connectivity and infrastructure.

One country, many challenges

Now our product isn’t culturally offensive or damaging to local businesses, yet we faced surprising logistical and regional challenges each time we sought to enter a new market.

For example, Russia and some of its immediate neighbours in eastern Europe face serious Internet security issues. 'Therefore, web security and user authentication implementation become increasingly complex. This is especially the case for MSPs, as they have access to sensitive customer information.

When we first launched Cloudike with Megafon in Russia (a cool 62 million customers), users were having a hard time logging in. Given that MSPs typically don’t beta test new software or services (though they do go through extensive testing), our launch and product testing were rolled into one phase. We had to address issues as soon as they came up, so that Megafon and their customers could access their cloud and be protected from potential hackers.

Hence, when negotiating with MSPs in Southeast Asia we had to explore alternative methods of pricing, such as combination of profit sharing with lowered monthly maintenance fee.

And of course, everywhere we went, we had to adjust to local holidays and work schedules. In some cases, due to shifted work weeks or national holidays, we only had four-day weeks to make sure everything was on schedule and ready to go.

Before anything else can happen, MSPs need to see references. While we had a fantastic product and a highly experienced team, MSPs still wanted to see a track record of success.

To a degree, we understood their perspective. Launching a product with an MSP meant you could instantly access their entire customer base. For a company like Vodafone in Turkey, that was 21 million subscribers, as of 2014.

Startup products are known for innovation and speed, not product testing and successful trial runs. And believe me, the last thing MSPs want to do is let startups use their customers as experimental guinea pigs.

Working with MSPs, our path to success was one we had to map out ourselves. Looking back, we can see that we had vastly underestimated the issues and challenges we would face. Many of them turned out to be completely different from what we expected. That said, after being in business for three years, we’re seasoned veterans, ready for the next challenge.

And what is that next challenge, you ask? It’s continuing to provide people in emerging economies with a cloud service that’s accessible and fast. We want to work with MSPs in emerging economies like Vietnam, Myanmar, and those in South America, to show people across the world our vision for cloud services, which is to reach the ‘next two billion’.