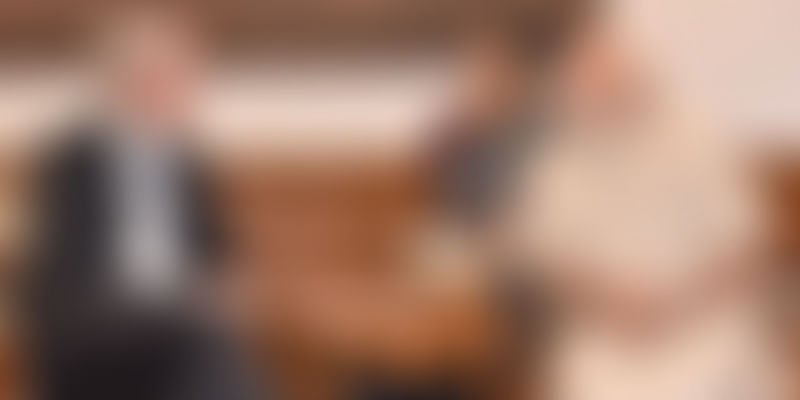 On Saturday, Apple CEO Tim Cook, who is on a week long visit to India, launched an updated version of the 'Narendra Modi Mobile App' in the presence of Indian Prime Minister, Narendra Modi. The app contains a new feature 'My Network' that empowers citizens to contribute towards making a positive difference in society.

PM Narendra Modi is among the most tech-savvy leaders globally and is also a big promoter of e-governance and m-governance. Within two months of assuming Prime Minister-ship, he launched the ambitious project MyGov. With over 20 million followers on Twitter, he is well known for leveraging social media to reach out to the citizens of the country.

In June 2015, PM Modi launched the 'Narendra Modi app' to keep a direct channel of communication with Indian citizens, recognising the growth and adoption of smartphones and apps in India.

What does the new update include?

In sync with PM Modi's vision of participative governance and harnessing the strengths and skills of 125 crore Indians, a new as well as first of its kind volunteering network is the highlight of the updated version.

The 'My Network' section will consist of thoughtful forums where app users can share their ideas, views and deliberate with a wide range of people. The post also states that several daily tasks would also be put in this section at a very regular basis.

Besides the above new features, the 'Narendra Modi Mobile App' is being marketed as a one stop place for latest news related to Narendra Modi. Attractive infographics outlining the work of the NDA government can be found on the app. Users can also hear the Prime Minister's speeches, all the episodes of 'Mann Ki Baat' and can write to the Prime Minister.

The app already has over 1 million downloads on Google play.The Prime Minister thanked Tim Cook for this kind gesture through a tweet.

The blog post also added that this app is a part of the larger importance that PM Narendra Modi has given to technology, both in his personal and governmental sphere. Tim Cook too responded to PM Modi's tweet,

Thanks PM @narendramodi for a great meeting. Already looking forward to next visit to India. Best wishes on the app! https://t.co/ctXiKoCiS0

There were probably other items on the agenda regarding Apple's plans for India and the government's 'Make in India' initiative but those details aren't public yet. Tim Cook has had a busy week in India- launching a Design and development accelerator in Bengaluru, Apple Maps development office in Hyderabad among other developments( More highlights here). It will be interesting to see how things unfold, as Apple now considers India to be a crucial market with lot of room for growth.