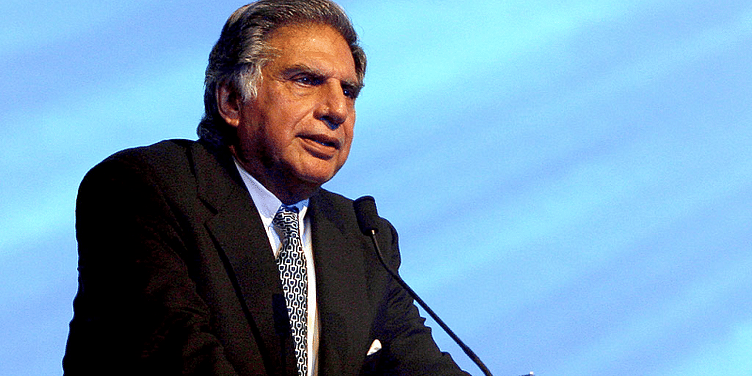 Niki.ai, an artificial intelligence (AI) based chatbot, announced on Thursday that Ratan Tata, Chairman Emeritus of Tata Sons, had invested in the startup along with Ronnie Screwvala’s Unilazer, which did a follow up round to their first seed investment. Niki will utilise the funds raised to increase its merchant base and also to strengthen its technological capabilities.

Niki.ai was founded in April 2015 by four IIT-Kharagpur alumni - Sachin Jaiswal, Keshav Prawasi, Nitin Babel and Shishir Modi - and has now grown to a 21 member team. Niki was officially launched during YourStory’s TechSparks 2015, and is a Tech30 company.

The startup leverages natural language processing (NLP) and machine learning to converse with customers over a simple chat interface, and places orders on their behalf in seconds with partner businesses. The founding team initially spent a couple of months in Udaipur before moving to Bengaluru in July 2015. The product had initially been in beta for seven months, and the team has focussed on building and enhancing the product, while working closely with a limited set of beta users. At that stage users could book and pay for cabs and perform mobile recharges through the chat interface.

Related read from April 2015: Unilazer-backed Niki.ai is an AI-based chatbot that simplifies your cab bookings and mobile recharges

Fast forward to present, Niki currently offers bill payments, cab booking, recharge, food ordering, home services, cricket scores with some other services in the pipeline such as laundry and bus bookings. As a product, the startup has gone beyond search having built a dialogue manager, which remembers the context of the conversation to engage in a two way dialogue with the users and helps them get things done.

Niki works on a channel partnership model and generates revenue for every order processed on its platform. It is also working with brands to provide them chatbots for their use cases and applications. Shishir said,

We want Niki to be a platform independent, plugged and used on any interface, whether Android, iOS, Messaging, Mobile OS, wearables or otherwise. Hence an instance of Niki will be available (in form of SDK) for any brand to integrate and use.

Sachin noted that out of all their services recharges see the most transactions, utilities the highest GMV, while live cricket updates sees the most activity and interest from users. The startup had earlier raised a seed round from Unilazer Ventures, who participated again in this round. Ronnie Screwvala, founder of Unilazer said, "Chatbots have now picked up globally and Niki has been at the forefront of this innovation, building the technology for over a year now. We continue to support the team as we believe in their vision to simplify transactions for consumers."

Niki.ai has so far partnered with over 25 brands and the startup claims to have grown to a user base of 40,000 spread pan-India. Sachin Jaiswal, CEO of Niki, says

It’s a proud moment for the company to have an investment from Mr. Tata and for Unilazer to do a follow on round. The vision with Niki is to be the enabler for everything commerce, across platforms whether Android, iOS, messaging or otherwise. With the continued support from our investors, Unilazer, we now want to expand aggressively across categories and facilitate more consumer delight.

Globally, chatbots have been much talked about in the recent months, with Facebook opening its Messenger platform for developers during the F8 conference. Microsoft, Slack, Telegram, Kik - all have opened their platforms to develop chatbots. Hexa Research forecasted that from being valued at $350 million in 2012, the expected market size for virtual agent solutions is set to grow to more than triple and be valued at around $3 billion by 2020.

San Francisco-based Chatfuel is an interesting player in this space that helps businesses create chatbots across different platforms. x.ai, which leverages AI to automatically schedule meetings at the best possible time for two parties involved, recently raised a $23 million Series B round of funding from Two Sigma Ventures. At Google I/O 2016, Google too announced their own 'assistant app' Allo powered by machine learning capabilities being considered as their answer to Amazon's Echo.

The average smartphone users is estimated to keep around 36 apps on his or her phone and multi purpose-chatbots that cater to a variety of services intuitutevely looks to be the next logical step forward as we move from 'apps to bots'. Talking about the sector as a whole, Sachin added that the entry of Google and other players in the sector is validation and they are not apprehensive. He said,

The threat of competition is not immediate. It will take some time for these players to launch in India and we would already have integrated with a variety of merchants by that time. Also, we are working on niche categories and the barriers to entry for outsiders will likely be high.

Mr. Ratan Tata has invested in over 25 startups, with the most recent being medical emergency startup MUrgency. Niki.ai, though, is Mr. Tata's first investment into an AI startup, which the Niki believes marks the beginning of chatbots in India. It will be interesting to see how this sector progresses in India and globally.