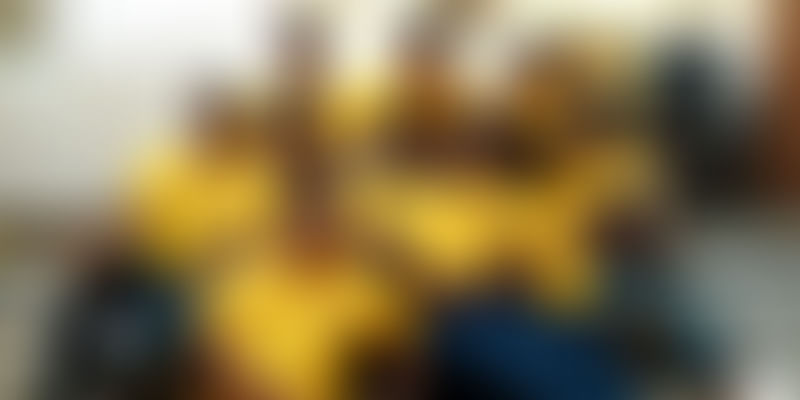 Bengaluru-based mobile app company SmartQ, which enables queue-less ordering at food courts in malls and corporate parks, has raised $250,000 (around Rs 1.7 crore) in a pre-Series-A funding, led by YourNest Angel Fund. Vijay Jumani, Ex-CEO of BabyOye.com, also participated in the round. The company will deploy the funds to expand to more cities, and develop technology for other verticals like amusement parks and retail, targeting the $100-billion market.

A 2015 Tech30 company, SmartQ was founded in April 2015 by IIM Calcutta alumnus Krishna Wage and IISC alumnus Abhishek Ashok. Digitising the whole process of buying food at food courts, the app collapses the time spent to less than a sixth of what it would originally take. It automatically detects your location, enlists all the eateries in your food court, so that you can place the order and make your payment while walking up to the cafeteria from your office, within a time span of 30 seconds.

The parallel software on the computer of the merchant gets an alert once the order is placed and two receipts are generated automatically, where one goes to the kitchen and the other stays with the servers. As soon as the kitchen receives the customer's order, the server, matching it with his receipt, scans the bar code on it and the customer gets the message tocollect the order.

“The funds raised will help us expand our business to newer geographies like Mumbai and Pune and give us the necessary momentum to achieve our target of acquiring one million users in the next 18 months,” said Krishna Wage.

The company has tied up with mobile wallets like PayUMoney and Paytm to enable swift cashless transactions for its users, and monetises value by charging a commission for every order serviced on its platform. SmartQ witnessed good traction from getgo, and has built a presence in over 10-15 IT companies and parks in Bengaluru, like IBM, Wipro and Accenture. The company has more than 45,000 users on its Android app currently and clocks over 1,800 transactions daily, growing 60 percent month-on-month.

We are very impressed with the SmartQ team’s ability to on-board some top-notch initial customers at a very low cost. Nothing can set the ball rolling for startups than serving quality-conscious, large-scale businesses that expect very high service standards in the very beginning.