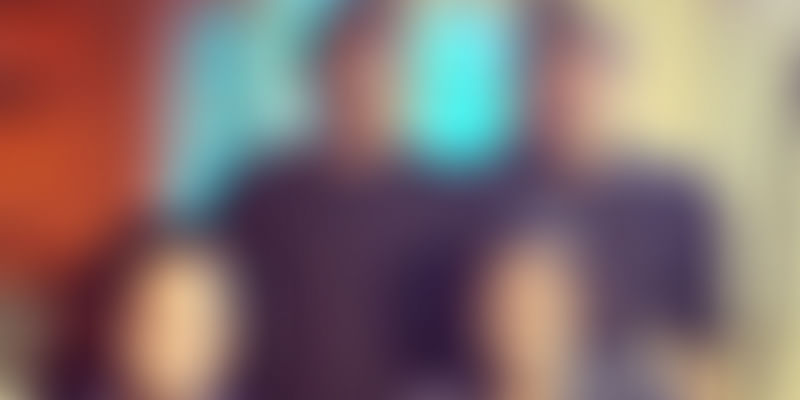 The funds will be deployed towards product development and scaling for thousands of educators.

Gaurav and Hemesh were previously running Flatchat which was acquired by CommonFloor in 2014. Roman, 24, is a doctor from AIIMS and one of the youngest persons to crack the Civil Services Examination. To follow his passion for building Unacademy, he quit the administrative services when he was Assistant Collector of Jabalpur.

Related read: Meet the young IAS officer who quit his job to teach for free

While the YouTube channel has more than 15 million video views and is among the top educational channels in the country, the platform has more than 1,500 lessons ranging from learning a new language to cracking government examinations.

Talking about Unacademy's vision to distribute knowledge of educators and innovators in the form of mini courses, Karthik Reddy, Managing Partner of Blume Ventures noted,

Whether its the brightest kid in class summarising course material for his fellow classmates or someone getting tips for a civil services exam or a first-time traveller to the US getting life tips, these were non-scalable in the past. By fluidly weaving them into the content format that Unacademy has, teaching and learning can be truly democratic - at an unprecedented scale. Delivery of education in India needs radical shifts and Unacademy is a bet to deliver that objective.

Talking to YourStory, Gaurav added that they have about 100 educators on board currently and plan to scale up and go from 1,500 lessons to at least 4,000 lessons by the end of 2016. As part of their product development strategy and to reach out to more people, Unacademy will also launch Android and iOS mobile apps in the coming few weeks. Gaurav added,

The mobile apps will include some advanced features and users will be able to save vidoes offline to view later. We are also launching 'Unacademy create' which will be a mobile app for educators to create and manage their content.

Unacademy also has plans in the pipeline to include multiple choice tests to help users test what they just learnt and complete the 'learning loop'. Coming to revenue model, Gaurav added that they are currently looking to grow the platform and revenue isn't the main focus. But they are experimenting with a 'guru dakshina' model where learners can pay any amount they wish to.

Research and Markets estimates that the MOOC sector is estimated to grow from $1.83 billion in 2015 to $8.50 billion by 2020, at an estimated compound annual growth rate (CAGR) of 36%. Asia-Pacific (APAC) expected to be grow at the highest CAGR for MOOC platform.

The rising cost of education and the inability of colleges and universities worldwide to meet the global demand as well as factors like adoption of device-based computing, increased global internet connectivity, and personalisation of technology are the driving forces of Massive Open Online Course (MOOC) market.

Coursera, edX, Udacity are popular global players in this space. In December 2015, Khan Academy had partnered with Tata Trusts to create specialised, freely available online content tailor-made for India. The education sector is slowly coming of age in India and getting more organised through new age players. In March 2016, Adaptive learning platform Byju’s had raised $75 million from Sequoia Capital and Sofina in the largest fund raise by an edtech startup in India. With the number of Internet users in India estimated to reach 500 million by 2017, edtech and MOOC platforms have tremendous room for growth.