UP rolls out its startup welcome, CM Akhilesh Yadav roots for innovation by startups, MSMEs 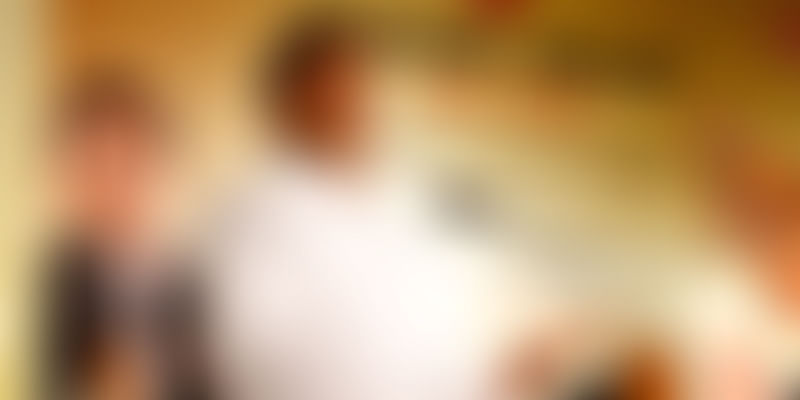 That Uttar Pradesh, India’s most populous and arguably most difficult State to govern, has been hit by the digital wave becomes visible in the strangest of ways. Early in the morning at Lucknow, its capital with the ‘nawabi’ past, a visitor will see odd clusters of students and the young at unexpected places, all of them working their smartphones. On enquiring, we were told that thanks to testing by Reliance Jio, these are places where free WiFi is available.  And where there is free WiFi, can startup dreams be far behind?

At the UP Chief Minister’s secretariat, the buzz is unmistakable. Under G.S. Naveen Kumar, Special Secretary handpicked to coordinate the State’s startup policy due to be notified soon, orders fly thick and fast for updates on various initiatives. From meetings with startup founders to feedback of startups already based at the State’s newly launched IT UPVAN incubators in Lucknow and Ghaziabad, the message is loud and clear. The role of entrepreneurship has gone well beyond being acknowledged by the State, and it is a time for active support now.

As Naveen Kumar puts it, “The honourable Chief Minister has been leading from the front to engage the youth in creating jobs and becoming an active part of the growing and changing Uttar Pradesh. Our policy aims at even minute details for incubating the startups'.

For doubters fed on a diet of poor news from the State, it will no doubt be a surprise to know that even the world’s largest laptop distribution programme that was derided as a poll sop, has a host of success stories to tell three years down the line. Especially, of people who actually moved on to become entrepreneurs or self sufficient, thanks to that initial push.

For Yadav, who is often called the ‘Startup CM’ because the chief minister’s office was his first public office ever, it will be the biggest achievement of his tenure if the State’s initiatives for a conducive policy environment for startups bears fruit, with its long-term implications for UP’s burgeoning youth population and expectations.

One key hotspot could be the region around the Agra-Lucknow expressway, proposed to be developed as an Information technology Investment Region (ITIR) along with the Central government.

And then there’s the money. Every State department will be setting aside two percent of their planned budget for IT applications. These funds are to be pooled into a common fund, and utilised for pushing e-governance and other IT-led initiatives in the State.

The policy itself lays down some key changes and enabling measures to encourage and support startups. From interest subsidies on loans to stamp duty on and for IT/ITes centres, to reimbursement of costs on obtaining recognised skill and quality certifications, and self-certifications on key labour compliance acts, the State policy has it all.  You can view the proposed policy document here.

Adwait Vikram Singh, a lawyer from Harvard Law School, and Co-Founder of Lawyer2CA.com, who has worked on the draft plan, says, 'I was amazed to see the proactiveness on behalf of the Government of UP to engage stakeholders in the startup world. They are genuinely concerned and have put together a very thorough plan to incubate, mentor and fund all across UP and not focus on Lucknow and Noida.”

The policy clearly demonstrates the State government’s willingness to set aside political differences and make common cause with the Centre’s own push, which will get nowhere without the support of State administrations across the country.

For entrepreneurs based in UP, it could finally be a time to think big when it comes to growing in their own State, and to be optimistic about continuity in these policies, irrespective of political shades. It’s a time for hope, and for those with the risk capital, a time to invest.