From the narrow streets of Ujire to some of the biggest stages of the world: Vilas Nayak’s got talent 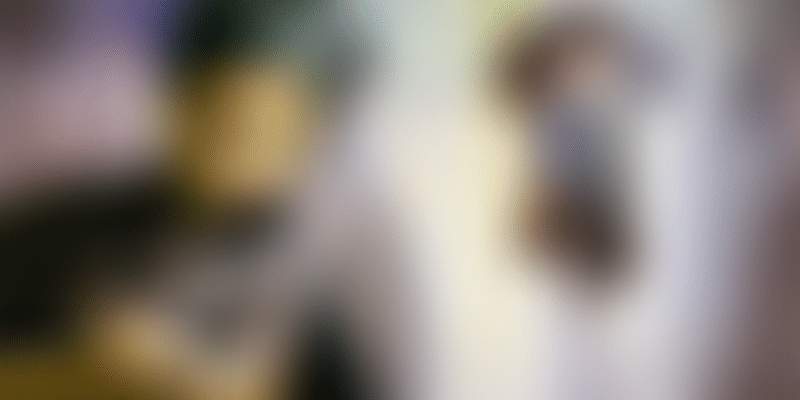 The stage was set and Vilas Nayak knew the country was watching. All he had were a few flashes of his rehearsals, the eyes of those who believed in him glinting with expectation, and an empty canvas. The ones that waited for him to perform knew that his act was not going to get them at the edge of their seats or bite their nails off in nervousness like the previous acts such as the risqué aerial dance performance or the daredevil stunt biker. But for 30-year-old Vilas, an artist, this performance was nothing short of an acid test. Unlike most reality show success stories, this opportunity had not happened to him by chance. He knew it was coming and had meticulously prepared for it. He had quit his cushy corporate job and rehearsed for two years before getting on the stage he was on. More than a test of talent and a ticket to fame, it was a moment of truth for Vilas and all those who believed in him. What happened after that debut performance on India’s Got Talent Season 3 that took him to the finale is now a beautiful success story that thousands around the world and the country look up to!

Vilas has travelled the world extensively and met every idol you can possibly dream of in person. He has an army of fans around the world. But things didn’t come easy. The genesis of this success story traces to Vilas growing up in Ujire, a town near Mangalore in coastal Karnataka, where he started sketching when he was only five years old. There were no fancy art schools or reality shows and YouTube videos to look up to. It was everyday faces and scenes like an auto rickshaw zooming past a narrow street amidst the background of the majestic Western Ghats that were his first inspirations. He grew up juggling art with studies and helping his father at the little shop he owned. The walls of his home might now be adorned with trophies and memoirs, but the first bicycle he earned for himself when he was in school is what gets his face beaming with pride.

A stray incident made Vilas realise that he could sketch really fast and that led to his first stage performance in the year 2004. Ever since, he was mostly away from school and college performing in various cultural festivals across the country. However, that didn’t stop him from becoming a rank holder during his graduation and post-graduation. He completed his graduation from SDM College Ujire and went on to study Masters in Social Work at Mysore University. Vilas says that moving to Mysore was a conscious decision as he was besotted by the rich cultural heritage and art inspiration the city had to offer.

Sometimes excelling at everything you do can leave you at crossroads. Vilas was left with two equally promising options, but a career in art did not look lucrative enough at that point in time. He recalls how in his hometown a career in art was only restricted to painting boards, the same means through which he’d earned his first bicycle, and it was something his modest background did not permit him to do. Hence, he started working in a garment export company. After two years, he moved to a HR role at IBM, where he worked for eight years. Everything seemed perfect, yet something was amiss. Constant dissatisfaction led him to quit his cushy corporate job and get back to where it had all started.

Vilas started from scratch. He put his heart and soul into practising art and then participated in a Kannada Talent Reality TV Show. Despite not having any shows or fancy contracts, Vilas sustained himself by earning from conventional art, until one day India’s Got Talent happened. It was the first time that the country was to witness speed painting. Vilas’s five feet Gabbar Singh (Amjad Khan) Painting, which he completed in a record 2.5 minutes, had taken the country by storm. He made it to the Season 3 finale and was a favourite to win the show. Although he didn’t win, his art had already become a rage and every kid who was taking to art wanted to speed paint. He went on to win the ‘EC live quotient Most Innovative Act Award’ 2012 and is currently one of the most sought after speed painting artist in the world.

His performances on Asia’s Got Talent on AXN and Got Talent World Stage Live have caught the fancy of millions of art lovers across the world. He has performed for some of the biggest names including Sachin Tendulkar, Football legend Pele, Aishwarya Rai Bachchan, APJ Abdul Kalam to name a few. He has mesmerised audiences in 23 countries across the world and is slated to perform in more. However, even this dream run has not been easy and Vilas faces the constant challenge of reinventing himself to stay on top of his game. Although speed painting got him fame, sketching continues to remain his first love and he spends long arduous hours meticulously sketching things that catch his fancy.

Art, academics, a successful corporate career and now a world renowned artist. How does Vilas manage to be good at everything?

“I loved everything I did and hence never shied away from working hard. Don’t let the greed for fame and money prompt your career choices. It is not as easy as it looks. Fame happened to me by chance, but I grew up loving art. At times I myself wonder how I create those art works in less than three minutes on stage! Sure there is a lot of hard work and preparation involved in it, but there is something beyond formal training I believe that makes us unique that needs to be realised by each person. When I am on stage creating those huge art works of art, I go blank. I wholeheartedly enjoy myself on stage and get engrossed in the music that is playing in the background. That gives me lot of energy! I am thankful to God that I realised my true calling in life. For me following my passion, living my life to the fullest, and being an artist itself is a success,” he says unassumingly.

Vilas’s story is a great example of where staying true to your own self can take you. It’s all within you. Dream on!

You can take a look at Vilas's work here.