Run machine Virat Kohli is scoring big time on the business field, one venture at a time 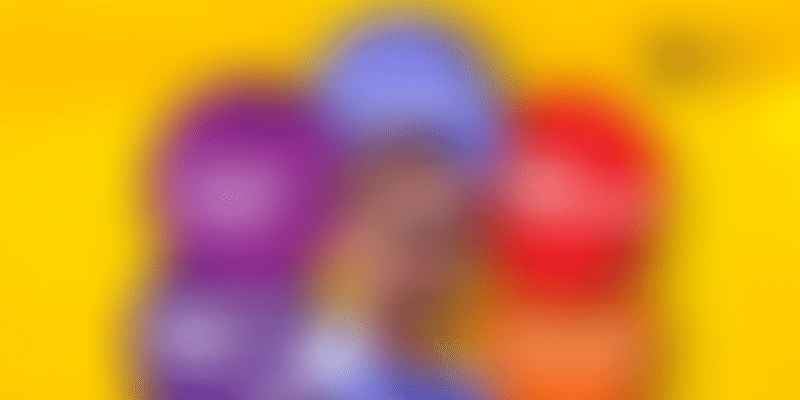 A part of the Chinnaswamy Stadium had gone quiet seeing the visitors marching towards victory. Will they snatch victory from the home team? A few minutes later, after change of over and fielding positions there was a huge roar from the crowd. The scoreboard still read the same, with little hope for the hosts. But the mere presence of Virat Kohli at the boundary had an electrifying impact on the crowd.

Can you please stop making batting look so easy, it's embarrassing for most other batters in the world.Thanks???— Aaron Finch (@AaronFinch5) May 19, 2016

This certainly reminds us of how Jack Fingleton, long-time Australian cricketer and journalist, once described Sir Don Bradman-

Only a batsman, knows how difficult it is to score a century, but Don Bradman made that poor meat and he made the scoring of fifty in a Test match, once considered a splendid feat, go almost unrecognized.

Kohli’s 919 runs in the ninth edition of Indian Premier League (the most in a season by any batsman) are a mere extension to the show he started in January 2016 in Australia and continued across the Asia Cup and T20 World Cup earlier this year.

He has been the backbone of many successful chases by India and Royal Challengers, Bangalore, this year. He has scripted victories as if it’s all controlled in his head and he’s the writer of these games. He’s the hero India needs and deserves at the moment.

We have seen Kohli transform from a young brat to a responsible and inspiring leader who leads by example. But little is known about his businesses and investments, which are growing off the field with his growing responsibilities on field. And little to our surprise, he’s excelling equally in them.

In the 2015 Forbes India Celebrity 100 list released in December, Kohli was ranked seventh (based on entertainment-related earnings and fame) with yearly earnings of Rs 104.78 crore. From 2014, Kohli started investing in multiple business opportunities. He sees these investments as opportunities.

While announcing the investment in the ISL team in September 2014, he said,

This association has two sides to it for me. On the one hand, I am excited about football as a sport. It is my second favourite sport after cricket and when I realised there is an opportunity to be associated with the FC Goa team, I took it up. It is also a business venture of sorts for me. Let’s face it, cricket will not last forever and I felt this was a good business opportunity.

Kohli holds more than 10 per cent in the Indian Super Club. His friend and manager Bunty Sajdeh, Founder and CEO, Cornerstone Sport and Entertainment, had mentioned that they were exploring eight-10 business ideas out of which two-three will work out for investments.

Kohli has a fairly diverse portfolio but he invests in businesses he understands. Here are six businesses Kohli has invested in (or started) over the last couple of years:

I am a huge fan of Roger Federer and with him joining the UAE Royals, my decision to be on board with the team was firm.

He believes that the format of the IPTL will drive further interest in the game of tennis.

Apart from the above ventures, Kohli is actively endorsing 13 brands at the moment. He's also associated with Privyplex and launched Fanbox earlier this month. The platform lets fans connect and interact with celebrities.

In an interview recently, he spoke about his ‘boring’ schedule - ‘eat, sleep, train, repeat’ which he has been following for quite some time now and which is responsible for his consistent performance. His hard work and dedication have brought laurels to himself and his team. And with time, he’s establishing himself as a successful businessman as well.

There are more reasons for you to follow this 27-year-old youth icon who is not only driven by passion and aggression but also defines them.

(with inputs from Aparajita Choudhury and Dipti Nair)