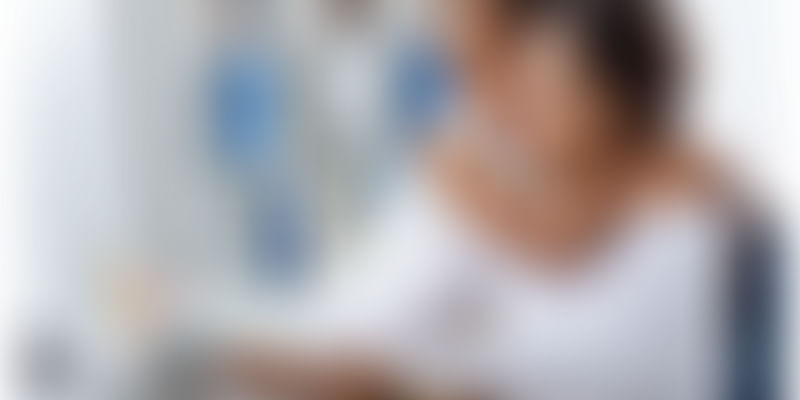 As Maneka Gandhi lobbied and succeeded in reforming the 1961 Maternity Benefit Act and increasing maternity leave to six-and-a-half months for women in the private sector, everyone, from larger corporates to the budding startups, has learnt the incomparable value of a woman of experience and talent. They recognise the need to re-enable the community by shaping well-thought-out schemes and policies to help women return to their workplace, and become more consequential parts of their organisation.

Here we take a look at offices that walk the talk, and have truly mommy-proofed their workplaces in order to create the best working environment and situation to lure their women employees back to the delectable daily grind of deadlines, targets, challenges and victories. Spoiler alert – crèche facilities, paternity leave, flexible hours and work-from-home provisions, along with benefits extended to adoptive parents have now become the bare minimum, and companies are working upwards from there.

Flipkart lives up to its name of being a trendsetter, and has also become the company to set the dominoes falling on primitive and half-hearted policies, by massively revamping its own. Showing startups what caring for moms actually looks like, it was the first to hike the leave period to 24 weeks, i.e., roughly six months. But, going a step further, the online retailer has also offered to cover up to Rs 65,000 of the cost of a normal delivery, and Rs 80,000 for C-sections. Emphasising the need for “safe and comfortable” travel, it announced benefits like increased daily-travel allowances granted to women for two months before their maternity leave, as well as dedicated parking spots for women two months before and after their delivery.

Flipkart’s Myntra also put in place conscientious measures over and above its enhanced maternity and paternity programme, which starts as early as the pregnancy term, when the employee’s nutritional needs are attended to by providing them milk and fruit baskets, or their medical tests, supported through discounted rates for OPD and scans.

Built on the principles of ‘collective ownership, ‘Pepperfry’s pledge to fostering the well-being of its internal stakeholders is not mere lip-service. It reintroduced the maternity policy recently, and extended it to adoption and surrogacy. The company’s maternity leave can be availed for a maximum of two surviving children, for a period of six months, while the women can additionally take up to three months unpaid leave without the loss of lien or continuity of service, and the option to work from home for up to four weeks immediately after. And, if the women employees are entitled to 12 weeks of paid leave in the event of adopting a child/ birth of a child through surrogacy, male employees are entitled to 10 business days of paid leave. Ashish Shah, COO and Founder, Pepperfry, tells YourStory, “The policy allows for the necessary support to the women employees when they are undergoing one of the biggest transitions in their lives, and helps them return to their work with more focus and rejuvenated energies.” The company also has provision to move new mothers to specially designed rooms where they get better equipped work stations and chairs. For new mothers, the maternity leave can go all the way up to one year and there is a full programme to help them get back to work.

Startups like Snapdeal were quick to reconcile their policies to join the wave. It has enhanced its parental policy by increasing the maternity leave from 16 to 25 weeks, and paternity leave from two weeks to three weeks –amongst the highest in the industry. In addition, its new mothers can choose to work from home for two months post maternity leave. It also has infant adoption benefits, which include a 12-week leave for mothers and three weeks for fathers. Its diversity initiative, Advitya, has a three-month ‘women-returneeship programme,’ wherein women who have been on a long career break are trained in newer developments in their area of work and can ask for support to adjust to the change in lifestyle. Additionally, training sessions that focus on gender sensitization help managers and co-workers build an easier reintegration experience for new mothers. “Investing in supporting our talent and enabling them to grow is a critical factor behind retaining employees on their abilities,” Saurabh Nigam, VP- HR, Snapdeal tells YourStory.

Early this year, InMobi did a survey on working mothers in their India office and found that lack of leaves was not the hard part. Leaving the newborn back at home was the tricky bit. Abhay Singhal, Co-founder, InMobi introduced a ‘flexi maternity leave’ benefit. He explains, “New mothers always find it difficult to adjust to their dual roles. Our intent here is to slowly get them acclimatised to this dual role and eventually get them comfortable with work life. We not only focussed on extending the period to six months, but also designed it in a manner to help them get back to work life smoothly.”

The flexi maternity leave benefit includes four months of full paid leave, followed by half-day paid leave, along with work-from-home facility for up to six months. The maternity coverage of Rs 75,000 continues.

BankBazaar.com has a comprehensive maternity policy,considered by many as one of the best in India and even globally. Apart from a 26-week maternity leave, women have the option of availing a six-month sabbatical, post the maternity leave. Under its BB Cares initiative, the company provides an extra half-an-hour break during the day to expectant mothers. “We also pay special attention to ergonomics by providing comfortable options like footstools to make this time more comfortable for them,” shares Rati Shetty, Co-Founder and CPO at Bankbazaar, adding “Our employees bring tremendous skill and value to the table and this is our way of showing our appreciation as well as confidence in them.”

What the bigwigs are up to

The Big Four of the accountancy world faced a severe dearth of woman employees at the top echelons, and, in an attempt to stabilise the numbers, not only extended the maternity leave benefits to 26 months following the amendment of the act, but also put in place a host of other initiatives to right the overdue wrongs. Deloitte was the first to announce the progressive new schemes, and the other three are to follow suit. Ernst &Young(EY) decided to rate male and female employees on two separate bell curves from this year, to ensure that there is no unconscious bias as rating of women would be equated with men. And, in a move that was applauded worldwide, it decided to first consciously and now mandatorily have the same number of promotions for women as there are for men, according to this ET report.

PricewaterhouseCoopers grants women an ‘umbilical cord’ of up to seven years or so, allowing them to be on the rolls of the company without actively working and without pay. EY has also instated a Maternal Coaching programme that connects inexperienced women to women who have been through several life-stages, for a mindshare and counselling.

Aside from the usual maternity policy mandates that are enforced by the government, ICICI’s iWork@home, is a first-of-its-kind programme in the banking sector, as it allows women employees to work from home for a year. This unique programme replicates the work environment at home by providing employees access to their work applications. Another novel policy is,for women managers who travel on business, the provision of covering the travel and stay of young children and their caregivers as well. Chanda Kochhar, MD & CEO, ICICI Bank says, “iWork@home will go a long way to provide them with an adequate support system, which will enable them to pursue their careers successfully while attending to the needs of their families.”

Microsoft India has gotten ahead in the race and doubled maternity leave for its employees from three months to six months. In addition, it will offer new mothers unpaid leave for up to three months and flexible work arrangements for up to two years. Furthermore, all male employees and mothers of adopted children will also fall under the ambit of their new policy, being eligible for two and eight calendar weeks of paid leave respectively. “We believe that new mothers need more time and care as they recover from the experience and rigours of pregnancy as well as raising their infant child. We hope to ensure they prioritise their own physical and mental well-being in this period,” Rohit Thakur, Head of Human Resources at Microsoft India, had said in an interview with YourStory.

State Bank of India announced that all its female employees will be eligible for maternity leave which, on substantive pay, is granted to them for six months on any occasion and for a total of 12 months during the entire period of her service to the organisation.

Some other companies to jump on the six-month bandwagon are Godrej, HCL Technologies, and Hindustan Unilever (HUL). Accenture India also increased maternity leave benefits to 22 weeks of paid leave (five months) from 12 weeks for its full-time and part-time employees in 2015. SAP Labs India and Google lag behind offering 20 weeks of paid maternity leave, but at the latter, expectant mothers are eligible for bonus and stock. The policy is extended to non-biological parents, same–sex couples, couples who want to adopt, and those who opt to be surrogate mothers.

Other policies that deserve big props…

Care24 has also upped the ante to 26 weeks, and has employed well-trained nannies in their office to care for the children, should the mothers wish to bring them along to work. Sapient also offers 6 months of paid maternity leave, along with a mobile app and tool “all about You!” to help the moms stay up-to-date with various seminars and training sessions happening on the subject. Run by a mother-daughter duo automatically grants Ten on Ten a better vantage point to issues women face. Seventy percent of the online fashion portal’s staff are women and are mothers, most of whom are semi-educated from the labour class. Saumya Gupta, Founder, Ten on Ten, has taken up cases of domestic abuse harassment by in-laws to ensure her women stay empowered. Directi has associated with Internships for Supermoms initiative by Internshala, and will be hiring two interns for their HR team. Whenever BabyChakra has a requirement, it first looks within its ‘MomStars’ group –a community built on its app, to see if there’s talent available.