Why America should listen to Modi 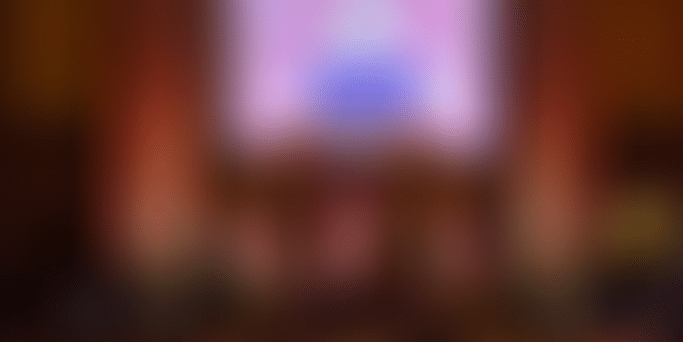 When the United States was founded 240 years ago, Americans called it the “land of opportunity.” Today, Prime Minister Narendra Modi is using similar language to describe his own country – and rightfully so. It’s time for America to take note of India and its dynamic possibilities.

This week Americans watched Modi make his way through the Washington tour. The visit wasn’t marked only by handshakes and diplomatic formalities, although there was no shortage of each. Instead, Americans observed Modi’s confident presence as a representation of opportunity – not only for India, but for the US as well.

Modi wasn’t shy to remind Americans that India is, in fact, a democratic country. It was a common thread throughout his address to the US Congress, an indication of Modi’s enthusiasm to also tell the world that India isn’t solely the birthplace of Gandhi and B.R. Ambedkar; nor is it merely a hub for offshoring and flourishing technological innovation. It is all of that and much more.

Overall, the goal of Modi’s trip to the US was twofold. Firstly, it was to improve general relations with the US in trade, security, technology and other areas. Secondly, it was to illustrate a clear picture to the American people that India is the new land of opportunity, and it’s time to start utilising it.

Americans can relate to Modi’s values and vice versa. Perhaps it is because Modi has his own rags-to-riches tale, similar to that of ex-Speaker John Boehner, which many Americans point to as a success story of capitalism. Of course, Modi was once a chaiwalla who found his way to the top of the BJP party through hard work, intelligence and opportunism.

Yet, in a country home to one-fifth of the world’s population, it is sometimes hard to see this economic freedom. Ironically, the same duality is happening in America. This was most recently displayed in Bernie Sanders’s popular campaign platform targeting ‘crony capitalism’ and income inequality.

Freedom may breed opportunity for Indians and Americans alike, but it’s not always easy to find. Both are far from perfect.

Challenges for both countries

India’s middle class is arguably stagnant and neglected. Industrialisation is eliminating jobs at unprecedented rates, which is even more daunting considering India has the largest youth population in the world. Urbanisation is posing challenges for water security, sanitation and housing, along with growing slums. Pollution and climate change are threatening cities like Delhi, Bangalore and Mumbai. Even alcoholism, gender inequality, religious discrimination and sexual assault are hazards that threaten different states in the country as well.

Americans are simultaneously divided over social issues like immigration, abortion, gun control and education. The once “melting pot” of the world now struggles with racism and classism. Gang violence is penetrating cities like Chicago, Los Angeles and Detroit. National and student debts are mounting together. Even alcoholism, gender inequality, religious discrimination and sexual assault are hazards that threaten different states in the country as well (yes, that’s repeated, because it’s true for America as well).

It seems that the two countries aren’t so different after all.

In his speech to the US Congress, Modi rightfully pointed to the widespread opportunity found in India’s robust economy, growing at an astonishing 7% per annum.

From personal experience, he’s right. Modi has opened its borders to foreigners, like myself, who are incorporating new businesses in India. Not only does this coincide with both of Modi’s #MakeinIndia and #StartUpIndia campaigns, but benefits my home economy alongside India’s.

Intellectual exchange is set to increase in the coming years. In an era of international scholarship and travel programs, education will be a focus of the next chapter of India-US relations, as even the greatest minds have much to learn from both communities.

The opportunities aren’t just limited to startups and education, however. Broad possibilities in India are palpable and provide possibility for American engagement. From its vastly untapped rural markets, prodigious manufacturing sectors, and the most technologically advanced millennial group on the globe – American companies will continue to find talent within India.

Lastly, America can learn from Modi’s preservation of tradition. India is rich in culture and religion. While this conservatism could hinder its international development, India uses it as a tool to differentiate itself. This sense of traditional patriotism, particularly when it comes to religious affiliations, has fallen through the cracks in America.

India becomes more attractive with each layer you peel back. Prime Minister Modi and President Obama have set a strong precedent, but the relationship is far from secure. With a looming election in the US, the next American President could ‘trump’ the efforts created by the Modi and Obama administrations. For now, it’s up to the citizens of India and the United States to continue this unique affair. As Modi said, “Our relationship is primed for a momentous future.” Let’s continue to build for the lands of opportunity.