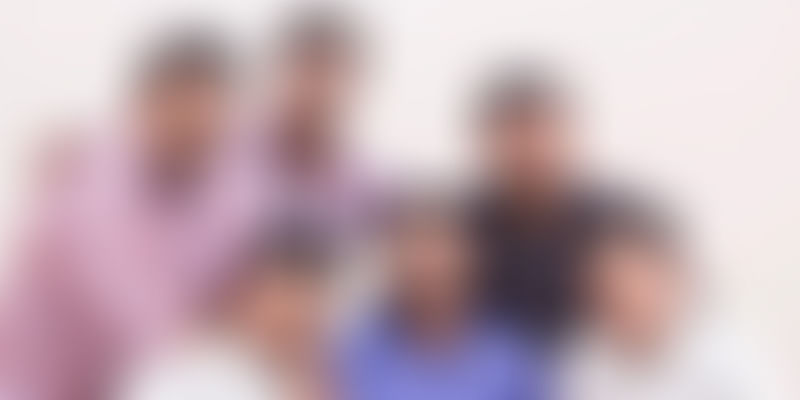 We are now at the centre of the ‘convenience’ and ‘sharing economies’ where consumers want results quickly and at a reasonable price. Doing this effectively at scale requires some level or combination of automation and strong technology chops. But for certain categories like cooking food, the ‘fruits of our own labour’ are more fulfilling and technology can’t replicate or replace it.

For the current generation that is constantly on the move, cooking while referring to top-secret family recipes or basic recipes from different handwritten books is not easy. Cochin-based Cookbook, which has been bootstrapping for three years, seems to have found the secret sauce to solve this problem. With over four million installs and dual awards from Google, here is their story.

In it's essence, Cookbook is a recipe search app that lets users discover recipes for a wide variety of categories, from appetisers, main courses to desserts across cuisines like Chinese, Indian, Spanish, Mexican, American, continental etc. Cookbook states that world-renowned chefs, mixologists and foodies have written cooking instructions for their recipes, which their in-house editorial team handpicks to ensure quality.

The recipes include details like individual ingredients with its amount, instructions on how to mix it, estimated preparation time and nutritional information. Users can also create quick and custom shopping lists through the app for different individual ingredients or for a whole recipe. Users can also create meals plans for a whole week with these recipes.

Cookbook is currently available on Android smartphone and tablets, Android Wear (Smart Watches) and Android TV. Some of its other interesting features include-

Reverse search- Through which users can type in ingredients at hand and see what they could cook with it.

Fork- Through which users can use the existing recipes as a base and add their own customisations to it. John Mathew, one of the founders, compared this feature to what Github lets users do with open source and existing code.

Multiple languages- The team found that cooking habits are greatly influenced by culture, language and geography. Hence their biggest challenge was providing a personalised cooking experience to all their users. So they currently offer their app in 21 languages and claim to have more than 1 million recipes on their platform.

Headquartered in Cochin, Kerala, Cookbook was developed by Riafy Technologies, a startup founded by six school friends-John (CEO), Joseph Babu (CMO), M Neeraj (COO), K V Sreenath (CTO), Benny Xavier (CIO) and Benoy Joseph (CFO). The first version of the app was launched in September 2013, a year after the founding team graduated from college. Most of the underlying technology used in the app was built while the team was in their final year of engineering. John noted,

Cookbook is powered by our patent-pending ‘relational intelligence engine’, RIA, that can find and unlock patterns from data. We believe technology makes sense only when people can feel its magic.

On why they decided to enter this sector, John said that it was based on market research and analysis of what has worked in the past. They saw that the health and fitness-related apps on Google Play Store were doing very well through organic growth, so they decided to explore this sector through food.

The team realised that most people love to cook and also experiment in the kitchen. But the hassle of carrying and referring to multiple books dissuades many. So they decided to provide an end-to-end product that could take users from ingredients to cooked food.

So, after constantly improving their app, Google recognised Cookbook in 2015 as one of the top developers from India. In May 2015, Cookbook became one of the first startups from India to be showcased at the Google I/O, and was showcased for ‘ubiquitous computing’ by Timothy Jordan. John noted,

We got great traction at this stage and people assumed we were a well-funded startup based in Silicon Valley, while we were in fact (still are) a bootstrapped startup based out of Cochin in India

Cookbook was also one of YourStory’s MobileSparks 2015 companies. Now in 2016, the company received their second recognition from Google, being picked as the editor’s choice. John also added that Cookbook was the first cooking app to be on Android TV. Through a partnership with Sony, all Android TVs being sold in India now have Cookbook app pre-bundled.

Cookbook works on a freemium model and monetises through in-app ads. It also has a premium subscription model that is ad-free and includes additional content and more offline capabilities. John notes that while they are seeing great traction globally, USA is their best market in terms of revenue.

Currently consisting of a nine-member team, Cookbook aims to further expand their footprint in India and around the world. Bootstrapped so far, they aim to raise external funding to help them further accelerate growth. Currently only on Android, John has no immediate plans for iOS or a desktop version.He explained,

As a lean team, we would rather focus on one platform and lead there than enter more platforms without firm goals.

Riafy Technologies also has many other niche apps, such as Fitberry for the health conscious and also specific apps based on cuisine. John said,

Cookbook is the mothership and our main focus. But some niche apps are doing well and there is a market for them too. Fitberry is for people who may be tempted by other food categories and may hence avoid the main Cookbook app.

While a large portion of the population seems to be eating out more often, the popularity of TV shows like ‘Masterchef’ and the enthusiasm among people to cook for themselves during weekends provides a big enough niche market for startups to go after.

Japanese player Cookpad is estimated to be the most mature player in this space, having filed for an IPO in 2009 and currently seeing good growth. GrowX-backed BetterButter is another interesting player in this space. Cookbook competes with them and some other direct players in this space, while Pinterest and Tumblr pose indirect competition.

Cookbook is a well-thought-out and executed product that appeals to aspiring cooks. The ‘fork’ feature, offline access and other features lets users effectively manage the entire lifecycle of the cooking process effectively. Multi-language support and the custom seasonal offerings add to the appeal. For example, the app currently include ‘monsoon treats’.

While Cookbook does have social features such as the ability to save for offline access and share recipes with friends, including more could enhance the appeal. Also introducing profiles for both cooks and end users to follow and interact with each other may make it a more lively experience. John added that they are considering implementing this but contemplating if they should ‘unbundle’ this offering or include it on the main app.

Overall, Cookbook has accomplished a great deal with a lean team and limited resources. They now have a firm base to work upon, achieve exponential growth and be among the ‘creme de la creme’ in the recipe discovery space.