How Odisha, Andhra Pradesh and Gujarat are boosting their startup culture 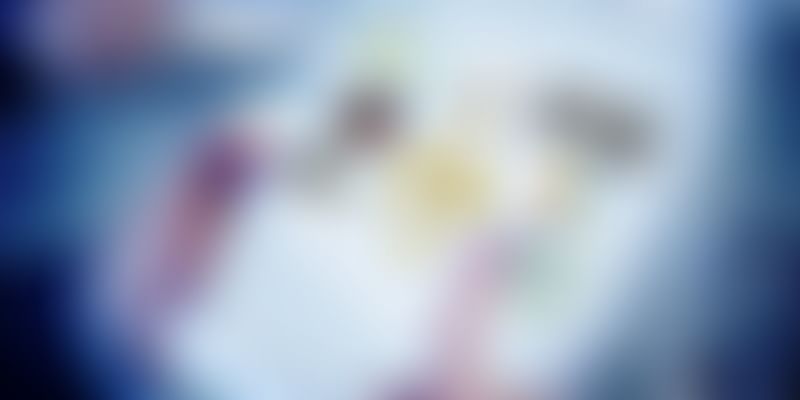 With the flourishing and competitive startup culture in the country, every State is finding innovative ways to tap the right energy. As much growth metro cities like Bengaluru, Hyderabad, Mumbai and Delhi are eyeing, a set of cities are venturing into the startup culture. Odisha, Andhra Pradesh and Gujarat have constantly evolved major startup hubs showcasing their strengths.

Odisha government has decided to formulate a startup policy by the end of this month which is expected to attract investments worth Rs 2.5 lakh crore and generate 10 lakh jobs. This was decided at a review meeting chaired by Chief Minister Naveen Patnaik.

The new policy has been designed to achieve the objectives set in Vision-2025 as well as to turn the state into a manufacturing hub in eastern India. It is expected to generate 10 lakh more jobs which will be fully implemented by March 2017.

The startup policy would attract investments of Rs 2.5 lakh crore in different sectors like plastics, petrochemicals, healthcare, automobiles and textiles. In another review of the Energy Department, Patnaik set a target of electrifying every single village in the state by 2019.

In another case, Andhra Pradesh government and Chinese telecommunications firm ZTESoft have signed a letter of intent to set up a joint incubation centre and smart city innovation hub in the coastal city of Kakinada.The letter of intent was signed by the state's Information Technology, Electronics and Communication Department with ZTESoft, a fully-owned subsidiary of ZTE Corporation, one of the largest telecom companies in the world, an official release said. The innovation hub would be a joint collaboration between Shenzhen and Andhra Pradesh, it added.

Shenzhen zone is one of the biggest and most successful industrial zones in the world and contributes almost 20 per cent to the Chinese economy. AP-Shenzhen Joint Incubation Centre will be an 85:15 venture between Innovation Society of Andhra Pradesh government and Qinhai Authority/ZTESoft.

The state government would invest Rs 13.60 crore, while ZTESoft would invest Rs 2.40 crore. The incubation centre would generate direct employment for about 670 people and indirect employment for 2,500 people in the next three years, it said. Kakinada, known for its rich coastal resources and excellent institutional framework, is one of the top 20 candidate cities for development as smart city, the release added.

Andhra Pradesh Chief Minister N Chandrababu Naidu has expressed his intent to develop Kakinada as 'Shenzhen style' coastal economic zone. Kakinada is the ideal location to host the AP-Shenzhen Joint Innovation Hub, it said. The Department has signed the letter of intent with ZTESoft to develop the joint innovation hub and provide support to rise Rs 1,000 crore funding from China. ZTESoft Technology Private Ltd and the Qianhai Authority of China proposed a three-year programme working with Andhra Pradesh's Innovation Society to establish the talent and support infrastructure needed for a world-class technology startup ecosystem, the release added.

Also read : Are you startup material?

Joining the brigade, Gujarat government has recently announced that its first ever IT and Electronics Startup Policy, which has special focus on encouraging new ventures by providing them various incentives and subsidies. Gujarat Chief Minister Anandiben Patel announced the policy, which will be applicable only to IT and electronics-related startups.

Under the policy, the State government would develop 50 incubators to mentor and guide 2,000 startups in the next five years. Our aim is to attract an investment of Rs 7,000 crore through this policy for startups. The Gujarat government will allot around 10 lakh sqft of land for development of 50 incubators, which will provide guidance to budding innovators in setting up their startup units, Patel told reporters.

Under the policy, the Gujarat government will provide 50 percent capital investment assistance, in the limit of Rs 50 lakh, for setting up an incubator.

As per the policy, they (incubators) will be entitled to get Rs 5 lakh each year as mentoring assistance and the State government will also give Rs 1 crore as assistance for the procurement of software to these incubators.

Under the policy, these incubators and new startups will get 100 percent reimbursement of stamp duty and registration fees. Other incentives for startups include interest subsidy of nine percent per annum in the limit of Rs 2 lakh per year, marketing assistance of Rs 1 lakh per startup, product development assistance of Rs 1 lakh and lease rental subsidy of Rs 15 per sqft per month. To register their patents, government will give Rs 2 lakh as assistance for domestic registration and Rs 5 lakh for international patent registration.

For better results, we will involve industries as well as education institutes under this policy. During August, we will organise a workshop to spread awareness about this policy. We will also invite experts to evaluate the viability of new startups, the Chief Minister said.